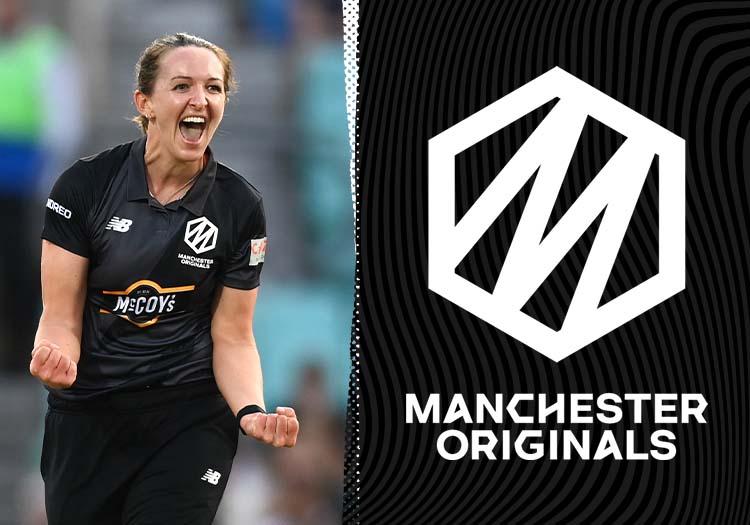 Shaw coached Thunder in the inaugural Rachael Heyhoe Flint Trophy before taking on the role on a full-time basis ahead of the 2021 season. He has previously worked within the England Women's setup, as both academy head coach and head of performance, and is also head coach of Lancashire Women. Shaw was at the helm for the Originals last season, steering the franchise to fifth position.

England international Kate Cross will once again lead Manchester Originals in 2022. Although she's experienced greater success on the international stage in the longer formats, Cross – a right-arm pacer – is also a highly versatile T20 bowler. Leading the attack last season, six of her 12 wickets came in the powerplay.

Deandra Dottin: West Indies allrounder Dottin is a force to be reckoned with, especially now she's bowling regularly again. She was one of the standout performers for London Spirit in 2021, picking up three wickets (from eight sets) and scoring 146 runs at a strike rate of 117.74. She's an explosive top-order batter who has little difficulty finding the boundary and a player who makes things happen when handed the ball. Dottin has spent the past few weeks with Thunder familiarising herself with English conditions but is likely to miss the back-end of the competition due to a clash with the CPL.

Amy Satterthwaite: The New Zealander adds further top-order depth and occasional off-spin to Manchester Originals' squad. She's not quite as explosive as Dottin but still boasts a career strike rate in excess of 100 in T20 cricket and has bags full of experience from the Super Smash, WBBL, KSL – she represented Lancashire Thunder for three seasons – and the small matter of 111 T20Is under her belt. 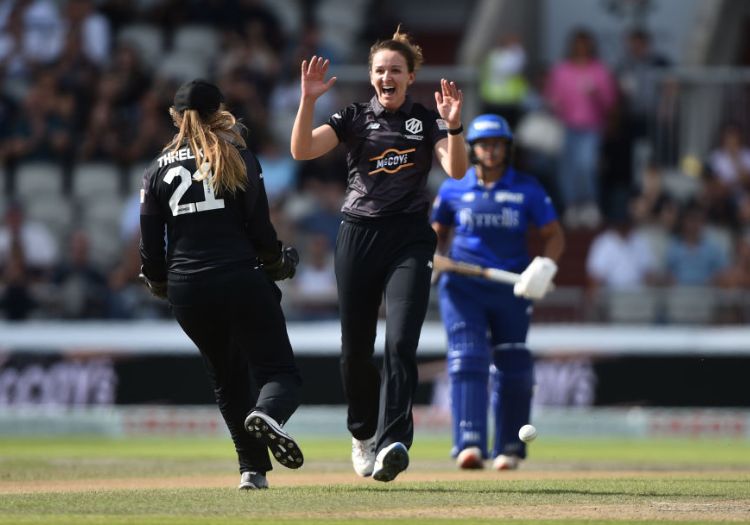 Lizelle Lee: Manchester Originals' standout player in 2021. Recently retired South Africa international Lee shone was one of only nine players across the competition to score 200-plus runs last season, amassing 215 runs at a strike rate of 124.27, and has made her name as a hard-hitting opening batter. It's a little bit all or nothing with Lee, with her four 40-plus knocks interspersed with single-figure scores, but her partnership with the always improving Emma Lamb will likely be a big feature of Manchester's campaign.

Lea Tahuhu: Picking Tahuhu up as an overseas wildcard is a shrewd bit of business from Manchester Originals. The New Zealand veteran has picked up over 170 wickets across her T20 career and boasts an economy of under a run-a-ball. She’ll likely join skipper Kate Cross in the powerplay and should slot in nicely to this Lancashire-heavy squad having represented Lancashire Thunder in the KSL.

Erin Burns: The Australia international, formerly of Birmingham Phoenix, replaces Deandra Dottin (Women's CPL) from August 22. Burns, a spin-bowling allrounder, scored 156 runs and picked up seven wickets during the 2021 tournament and should slot in to Manchester's top four.

Emma Lamb: Lamb is a player on the up. This time last year, she was a solid domestic performer; now, she's an England international and establishing herself as a regular opener in her country's ODI plans. With the bat, she is an offensive top-order batter, marrying big boundaries with running hard, while she’s also making a habit of collecting big wickets at key moments with her off-spin. In this season's Charlotte Edwards Cup, Lamb scored 191 runs, including two half-centuries, at a strike rate of 109.77, picked up four wickets and conceded 5.26 runs per over.

Sophie Ecclestone: The 23-year-old spinner is a star in almost any XI. With the ball, she is miserly, accurate, uses her height to extract tremendous bounce and already has well over 150 international wickets to her name – it’s no surprise she bowled a team-leading 28 sets in 2021. Also a threat with the bat, Ecclestone is an imposing middle/lower-order batter with an eye for a boundary. Though not technically an allrounder, she can certainly change the game with both and bat.

In Dottin and Lee, Manchester Originals have two of the best. Due to incomplete records, it's hard to know just how many boundaries the West Indian has struck but according to ESPNcricinfo, it's in excess of 100 in T20I cricket – only big-hitting New Zealander Sophie Devine is in the same ballpark as her. Lee, meanwhile, retired with 227 fours, 48 sixes and a strike rate of 110.61 to her name in T20Is. Slightly lower down the order, Satterthwaite is also a ferocious batter on her day, although not quite as prolific as Dottin and Lee.

Lamb often takes a little bit of time to get going and relies more on strike rotation and clever placement given she isn't the biggest hitter. She should be the perfect foil for the more explosive Lee and Dottin. Given her ODI prowess and steady T20 career strike rate of 104.57, this role is also tailor made for the level-headed Satterthwaite, who will probably come in around No.4.

Ecclestone is not just a star spinner and she showed that in England's third T20I against South Africa in July when she blasted 33 runs off just 12 balls. In last year's edition of The Hundred, she performed this role with gusto, smacking 74 runs at a strike rate of 145.09. Ami Campbell also shouldn't be underestimated in this department.

Manchester's batting roster is very top-heavy, with Lamb, Dottin, Satterthwaite, Lee, Campbell, Georgie Boyce (one of the top domestic performers this season), Cordelia Griffith, and Ellie Threlkeld all top-order options. Certain players, most likely Boyce and Threlkeld, will therefore have to play out of position and neither batter really has the credentials to support Sophie Ecclestone as a finisher – another area where they look a touch light.

And then there's the overseas conundrum. Fielding all three batters would give Manchester an imposing top order but would leave the bowling attack looking light and a player with Tahuhu's experience twiddling her thumbs. Remove one of the overseas batters in favour of Tahuhu and the see-saw tips worryingly in the other direction – they're short of an allrounder or two to balance the equation. 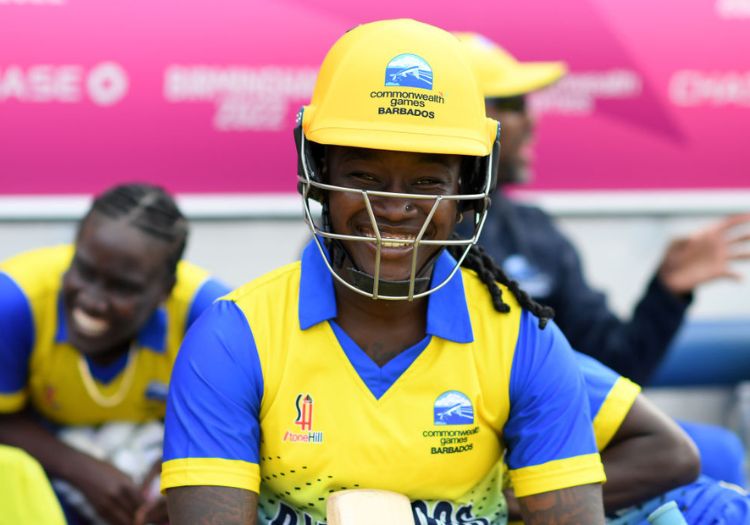 Dottin and Tahuhu are handy additions to Manchester Originals' pace reserves and bring with them confidence and experience in abundance. Both players are proven powerplay operators, which should provide valuable support to Cross, while Dottin showed composure at the death against New Zealand, defending five runs off the final over.

Thunder quick Laura Jackson is raw and comparatively inexperienced but certainly packs a punch with her pace, Phoebe Graham brings years of experience from the county circuit while 20-year-old Grace Potts – who burst onto the scene with 12 wickets for Central Sparks in the Charlotte Edwards Cup – is the wildcard.

However, the standout player is Cross. She's been described by Heather Knight in the past as "Mrs Consistent", oozing control wherever she bowls in an innings, and has a lethal short ball up her sleeve. The powerplay is where you'll likely see her excel – as mentioned, half of her wickets last season came in the opening 25 balls – and a fair few top orders will crumble at her hand.

Variety is not something Manchester are blessed with. Their entire seam attack bar 16-year-old UAE international Mahika Gaur is right-handed while their two main spinners –Ecclestone and Hannah Jones – are both slow left-armers. Lamb’s right-arm offies could come in very handy.

That said, you could do a lot worse than fielding both Ecclestone and Jones. The former requires little justification – as mentioned, she’s the No.1 ranked T20 bowler – but Jones has quietly established herself as one of the spinners to watch on the domestic circuit. Her action is fuss-free, she's economical, and can bowl in the powerplay. The 23-year-old only picked up four wickets last season but conceded just 1.05 runs per ball and heads into the tournament in strong form after collecting a team-leading nine wickets for Thunder in the Charlotte Edwards Cup.

Ecclestone – who else would you throw the ball to in order to change the game? - or Cross. The skipper demonstrated her destructive capabilities against Northern Superchargers last year, picking up three wickets inside the game’s opening 20 balls – if she's on a roll, keep going!

Losing Alex Hartley to Welsh Fire is a huge blow and they’ve not signed a like-for-like replacement. The World Cup winner picked up eight wickets last year, a sizeable hole to fill, and was a player Cross could bank on thanks to her reliable – if slightly quirky – slow left-arm spin and vast experience.

Their seam department also risks lacking a bit of star quality if Tahuhu misses out on selection. There's a lot of pressure on Cross and Dottin to carry the attack and the absence of a promising English seamer – think Issy Wong, Emily Arlott (both Birmingham Phoenix) or Lauren Bell (Southern Brave) – is not ideal. 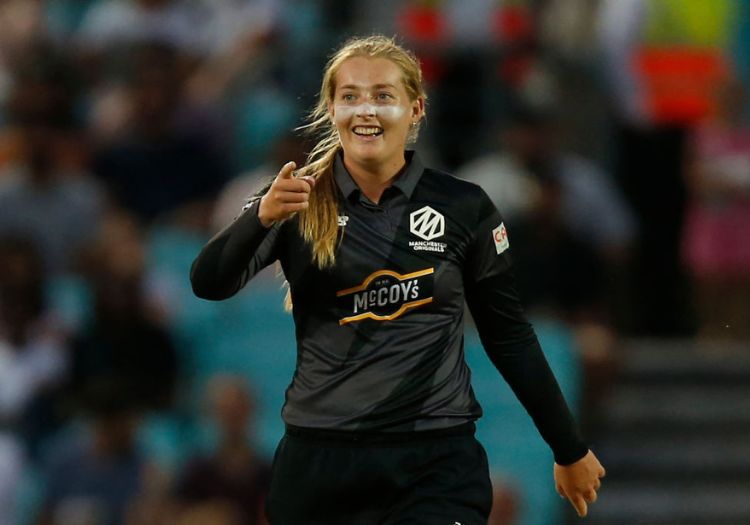 Lamb is something of a triple-threat, with her athleticism and safe hands making her an asset in the field. Lee, as a former wicketkeeper, is also handy. The South African took a team-leading four catches last season.

Ellie Threlkeld (who else?). The Thunder skipper is one of the best wicketkeepers on the domestic circuit, with safe hands and lightning quick reactions for a runout, and completed seven dismissals in last year's competition (four catches, three stumpings). Lee could take over the gloves in a crisis.

Ground: Emirates Old Trafford is a spinner’s delight, with one particularly big square boundary. It is not a high-scoring ground - London Spirit's 131 the highest total last season while the highest first-innings score was 127. Fifteen of the 25 wickets taken in Manchester fell to spin.