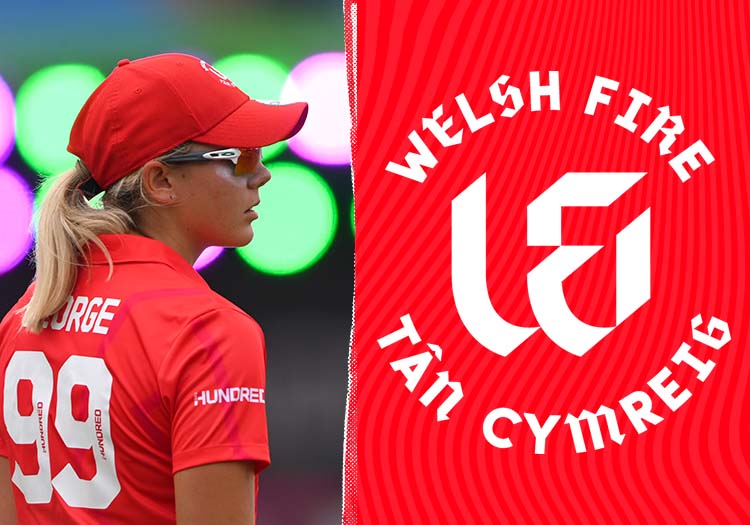 Breese replaces Matthew Mott as head coach following his move to England men. A West Indies allrounder who played a single Test against India in 2002, he spent 10 years at Durham and won two white-ball trophies as well as helping them secure Division Two promotion. Part of Lisa Keightley's backroom team, he will be assisted by Pakistan coach David Hemp as well as Aimee Rees and Dan Helesfay, both of Western Storm.

It has been a tough few months for the Beaumont, who was released by London Spirit, lost her T20I place and was left out of England's Commonwealth Games squad. An impressive tournament would be the ideal repost to accusations she doesn't score quickly enough. But her record is undeniable, as England's third-highest white-ball run-scorer, with 10 centuries across those formats. Has limited captaincy experience but having played at the highest level for more than a decade there is little reason to think she won't slot into the role seamlessly.

Rachael Haynes: Had been due to represent Oval Invincibles in 2021 but led the catalogue of withdraws. The Australia vice-captain is a classy top-order batter and a six-time World Cup winner, whose fingerprints are all over many of her country's finest moments. Haynes went four years without an international outing before being recalled in 2017. The following year she averaged 110 in T20Is and was one of the best in the world. A two-time WBBL winner with Sydney Thunder, she will breach the 2,000-run barrier in the competition later this year.

Hayley Matthews: Off the back of featuring in the Commonwealth Games, Matthews was at one stage more likely to represent Barbados in the javelin rather than T20. Now she is one of world cricket's best allrounders. Matthews was a late replacement for Sune Luus last term but that she is one of the few overseas players across both competitions to remain says plenty about her impact. Her 221 runs was only eclipsed by four players and only Danni Wyatt hit more sixes. Only Stafanie Taylor has more runs in both white-ball formats for West Indies. She can be equally potent with the ball and averages 18 in T20Is. 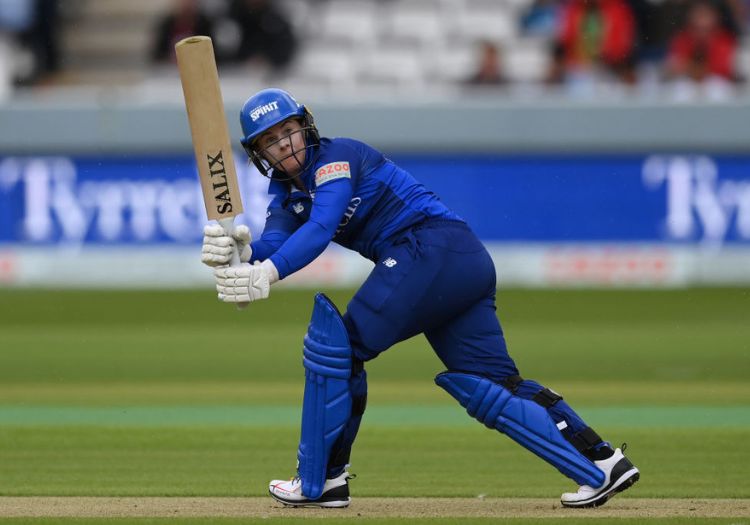 Annabel Sutherland: A 20-year-old with more than 100 domestic and international white-ball outings under her belt already. A valuable allrounder in her own right who has never let Australia down, she played six times in their run to the 2022 World Cup final, only to drop out when Ellyse Perry returned to fitness. A right-arm medium-pacer who keep things tight, can break partnerships and is good for runs down the order, this competition could be a real coming out party for Sutherland.

Nicola Carey: A player largely on the fringes of the Australia side, having had a watching brief during the biggest moments in recent years. Nonetheless, she has been part of five World Cup-winning squads and remains a central part of the setup. Played in five of Australia's six matches at the 2020 T20 World Cup, including the final, when she took three catches and the wicket of Deepti Sharma. A WBBL winner with Sydney Thunder, she is one short of 100 wickets in the competition.

Maddy Green: The New Zealand international has the tough task of filling Hayley Matthews shoes for the second half of the competition, with the West Indian returning the Caribbean ahead of the Women's CPL. Available from August 23, Green is a middle-order batter with over 2,600 T20 runs and 66 T20I caps to her name.

Fran Wilson: Retired from international cricket last October after an England career she may look back on with some frustration, even if it included a World Cup win. Though she made a duck in that final, she had done the hard work in the semi-final run chase against South Africa, putting on a 50 partnership with Jenny Gunn in 34 balls. Twice a KSL winner with Western Storm in 2017 and 2019, and part of two WBBL campaigns with first Sydney Thunder and then Hobart Hurricanes, she has more than 150 games of experience at this level.

Alex Hartley: One part left-arm spinner, one part podcaster. Moving to south Wales sets up the prospect of a meeting with No Balls co-host Kate Cross during the first week of the competition. Hartley is three years removed from her last England outing, having lost her central contract, but she remains a threat at this level. Arrives at Sophia Gardens off the back of a terrific domestic season which included a run of taking at least one wicket in nine consecutive games. Has taken her 28 wickets this season at 18.7 apiece, a run that includes figures of 6 for 24 and 4 for 5.

Only champions Oval Invincibles scored their runs at a slower rate than Welsh Fire last term. But given they went all the way to the title; it feels like a bigger problem in Cardiff. Of the six batters to score at better than a run a ball, Matthews was the best (strike rate 119.45) but the remaining five have all departed.

Haynes will take a large chunk of the responsibility, though her record in England is less than favourable, averaging 12.75 in a dozen T20Is (that figures climbs to 13.60 in one-day internationals). Beaumont has a point to prove after England overlooked her for Birmingham 2022 due to her scoring rate and with nearly 5,000 T20 runs she is nothing but a heavyweight scorer.

Wilson has plenty of shots in her locker and will typically go along at a run-a-ball. Her 112 Charlotte Edwards Cup runs for Storm came at 103 and her England T20Is runs at 99. Indeed, with few genuine power hitters in the group, this responsibility could easily sit at the feet of several players. Sutherland, Georgia Hennessy and Sarah Bryce are more than capable of keeping the scoring rate ticking over without taking undue risks.

Katie George found some form with the bat during the domestic season for Storm, often coming in outside the top five. Against Sunrisers in the Heyhoe Flint Trophy she smashed a 43-ball 74, putting on 125 with centurion Sophie Luff. She went at 143 in the CE Cup, the sixth best in the competition. Alex Griffiths isn't an expressive boundary hitter but can score at a decent lick.

Perhaps a more reliable, experienced batting line-up than last season but the issue remains the same. Fire only failed to breach 100 once last season but struggled batting first, winning just once when Invincibles inexplicably fell apart. If Matthews doesn't fire again, you worry where the fireworks are coming from. Being competitive won't do this season having finished bottom in 2021. 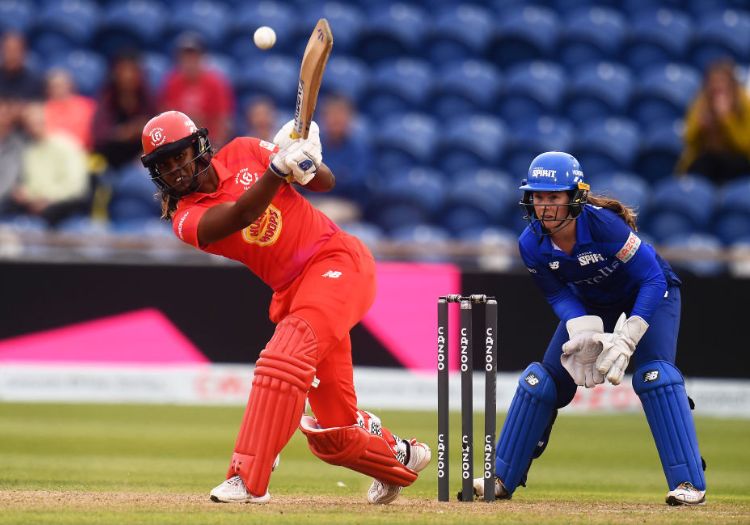 Hayley Matthews is a pivotal figure for Fire [Getty Images]

George didn't bowl a ball during the 2021 competition and though wicketless in the RHFT she will surely be thrown it this term. With 135 T20 wickets, Carey is the senior option and, though not possessing express pace, can be relied upon. Sutherland represents the quickest option available to Beaumont, able to bowl in the mid-70. Hennessey claimed three wickets in the CE Cup and is another viable option but is more likely to be used in dispatches.

Hartley has good variations of pace and provides an alternative angle of attack. Nicola Harvey topped the Fire economy rates last season, after a remarkable return to the game after contracting sepsis during the 2020 lockdown while pregnant. Hannah Baker claimed two wickets in four outings last term, has built on that with Storm and most importantly is the legspin option. Dismissing Lauren Winfield-Hill and Linsey Smith in her last domestic outing suggests the 18-year-old is ready for more responsibility.

Matthews was Fire's leading wicket-taker in 2021 with 11 and faces another campaign as the main women. Not a big spinner of the ball - though try telling Fahima Khatun after she was bowled through the gate during the World Cup - her offies laser in on the stumps and take advantage of batters going hard at the ball. The aforementioned Harvey went at 1.17 per ball last season, the best of any of the Fire attack.

A tactic deployed just twice last season - Griffiths and Matthews - so it is open season for this role. Expect Beaumont to be a bit more ambitious with successive sets. Hartley went at 5.76 during the CE Cup and her experience makes her well set, though she didn't do it once last season for the Originals.

There is an over-reliance on Matthews in both innings - no player bowled or faced more balls - and there is no feeling that has changed during the off-season, despite the number of changes. Perhaps there is a greater breadth of options, but the jury is out if the quality holds. Defending was an issue last term (though the bowlers rarely had much behind them) winning just once defending. 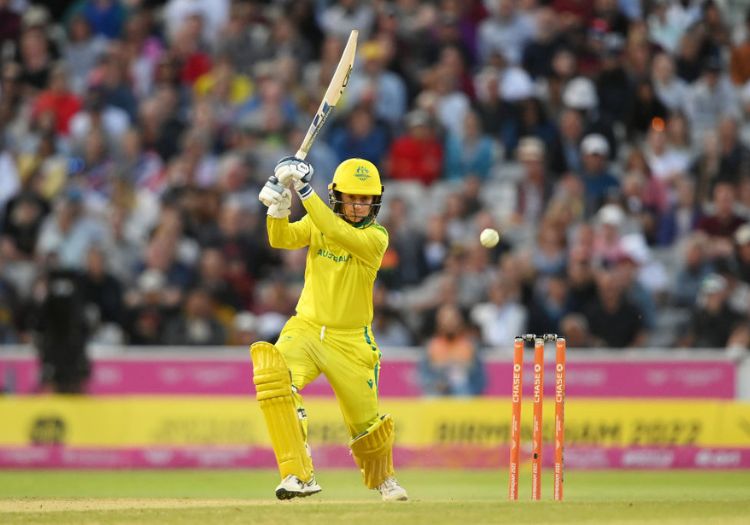 George was the stand-out fielder last term, producing a wonderful stop to prevent a six against Birmingham Phoenix. She took four catches in all, more than anyone in the squad. One of Hemp's main priorities while working with Pakistan has been fielding and he will demand that standards do not slip.

Filling Sarah Taylor's shoes is the toughest of asks but at least there are option for Fire. Both Beaumont and Bryce are assured of a place in the best XI so Fire won't be compromising either way. Bryce accounted for 11 dismissals in 10 matches last season, the most of any wicketkeeper in the women's competition (she also has 42 in 32 T20Is for Scotland). Beaumont's competitive outings behind the stumps have been rare of late but she has kept on 17 occasions for England in white-ball cricket. Her three outings with the gloves last term yielded two dismissals and two run outs.

Changes from 2021: A host of World Cup winners arrived during the off-season to help improve on last season's eighth-place finish. The first batch of signings saw Beaumont, Haynes, Sutherland, Wilson and Hartley all arrive to improve the overall quality of the group. Fi Morris and Bryce are in, too. Major departures during the retained window included Taylor, Sophie Luff, Nat Wraith, Lissy Macleod and Amy Gordon alongside overseas players Georgia Redmayne and Piepa Cleary.

Wildcard Carey was the ideal way to round-off their recruits. Behind the scenes, Bresse was confirmed as head coach just under two weeks prior to the start of the tournament, with Pakistan women's coach Hemp operating as an assistant, after Mott moved to England men.

Ground: Sophia Gardens. The Cardiff ground has short straight boundaries, at 60 and 64 meters, with the River Taff in close proximity, so taking on spinners is a tempting and rewarded prospect. Meanwhile, the square boundaries are wide which allows for a rotation of strike and means fields have to be deployed with a degree of thought. There hasn't been a women's international on the ground since 2015 and just a single domestic match has made it in 2022, with Central Sparks beating Western Storm by 20 runs in the Charlotte Edwards Cup.

Sound from the ground: Local boy Mace the Great leads the live music offering from the Welsh capital. A winner of the Triskel Award in 2020 - which recognises emerging artists at the Welsh Music Prize - he is tipped to breakthrough this year. Singer-songwriter Katy J Pearson and punk band Panic Shack also appear while Katie Owen, who toured with Kasabian last year, is the resident DJ.