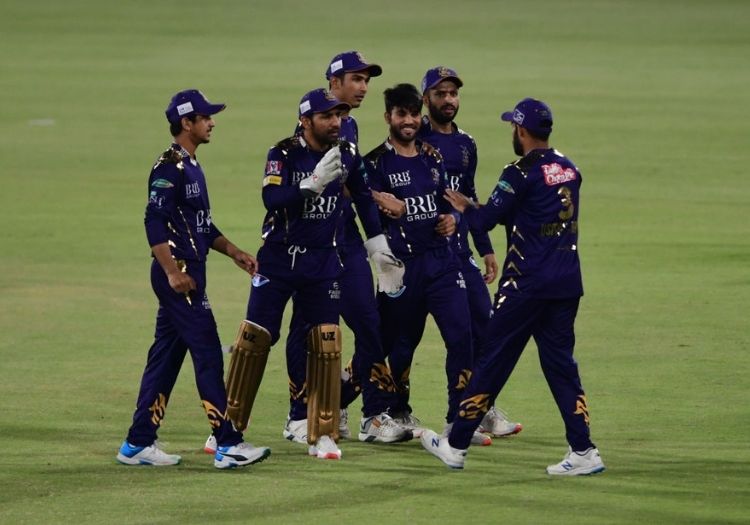 Former Pakistan wicketkeeper-batter Moin Khan has served as head coach of Quetta Gladiators from the very start, winning the competition in 2019 and reaching the final on two other occasions. However, the Gladiators failed to qualify for the playoffs in 2020 and 2021.

Only one player has skippered Quetta Gladiators in the PSL and that’s wicketkeeper-batter Sarfaraz Ahmed. The 32-year-old has led the Gladiators on 62 occasions and lifted the title in 2019. He is also the current holder of the franchise’s run and wicketkeeping records, with 1,189 runs and 39 dismissals in seasons 1-6.

James Vince: A familiar face in the PSL, top-order batter James Vince has previously represented Karachi Kings and Multan Sultans, scoring 671 runs at a strike rate of 135.80 in 25 appearances. A highly regarded power hitter and opener, he has won the Big Bash (Sydney Sixers), PSL (Multan Sultans) and The Hundred (Southern Brave) since the start of 2021 as well as captaining Hampshire to T20 Blast Finals Day. He will miss the start of the tournament due to international duty with Will Smeed signed as a partial replacement.

Jason Roy: Returning to Quetta Gladiators for a second stint is England international Jason Roy. Like Vince, he’s a powerful opening batter and possesses a T20 strike rate in excess of 140. He’s lacked consistency on the franchise circuit but won the Golden Bat award at the 2020-21 Big Bash and scored 459 at 35.30 in his previous three seasons with the Gladiators.

James Faulkner: Australia international James Faulkner was one of the standout bowlers of PSL6, taking 13 wickets and conceding just 6.5 runs per over in six appearances for Lahore Qalandars. He also chipped in with 90 runs at 169.81 in his debut PSL season. An explosive, pace-bowling allrounder with experience of the Big Bash, IPL, and T20 Blast and 24 international caps in the format, Faulkner’s arrival should bring some much-needed wickets to Quetta.

Luke Wood: Signed as a full replacement for Naveen-Ul-Haq, who withdrew for personal reasons, Lancashire’s Luke Wood is embarking on his first stint in an overseas T20 league. A fast bowler, Wood showcased his ability in the powerplay during The Hundred, being frequently called upon to bowl the opening five or ten deliveries by Trent Rockets, while a recent stint with Bangla Tigers in the Abu Dhabi T10 yielded seven wickets. 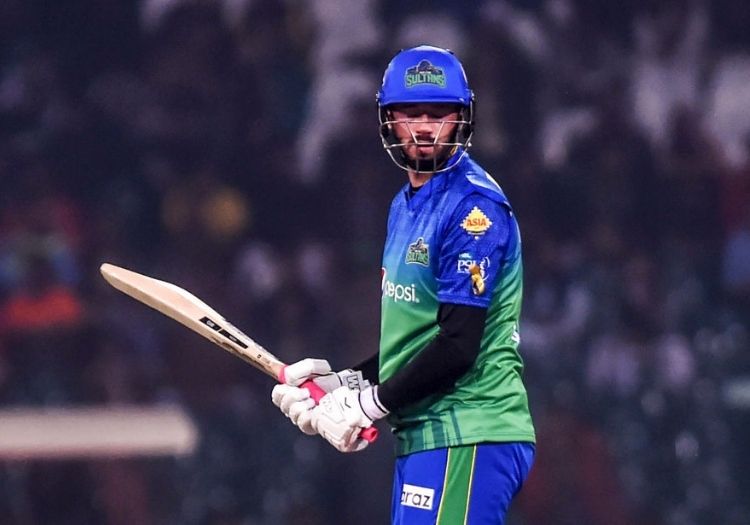 Ben Duckett: One of five English players in the Quetta squad, Ben Duckett is a left-handed top-order batter and wicketkeeper. A consistent performer, the 27-year-old has scored 300-plus runs four times in the past six editions of the T20 Blast and has a career strike rate of in excess of 130 in the format. He’ll arrive in the PSL with considerable match play under his belt after spending the winter with Brisbane Heat.

Dan Lawrence: Picked up as a supplementary signing, batter and part-time spinner Dan Lawrence has a promising record in the T20 Blast, scoring 1,528 runs at a strike rate of 142.13 for Essex. However, his experience of overseas franchise tournament is limited to four appearances for Brisbane Heat in the Big Bash.

Will Smeed: Signed as a partial replacement for Vince, Will Smeed is one of white-ball cricket’s rising stars. He showcased his explosive hitting in his second T20 appearance, smashing 82 runs off 49 balls for Somerset, while in The Hundred, he scored 166 runs at a strike rate of 172.91.

Noor Ahmad: Teenage Afghan spinner Noor Ahmad made his PSL debut in 2021, taking four wickets and recording an economy of 7.53 for Karachi Kings. He has fewer than 50 T20 appearances to his name but has already featured in the Big Bash and Lanka Premier League. Ali Imran will serve as a partial replacement for Ahmad.

Quetta Gladiators endured a woeful PSL 6, winning just two matches – against Lahore Qalandars and eventual champions Multan Sultans – to finish bottom of the table. Since lifting the title in 2019, the Gladiators have won just six matches out of a possible 20. 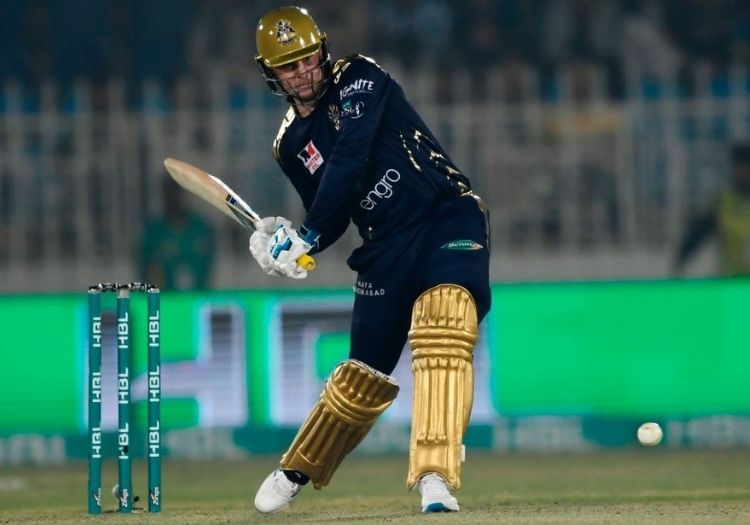 Jason Roy and James Vince need little introduction in this category. Together, they have scored over 1,500 fours and 400 sixes in T20 cricket. Roy, in particular, is more than capable of going from ball one, with a career strike rate in excess of 140 in the format. However, in their absence, young Will Smeed has the perfect opportunity to showcase his power-hitting to a new audience. The 20-year-old heads to Pakistan with 645 career T20 runs, 31.6 per cent of which have come from sixes.

And then there’s Iftikhar Ahmed. He endured a lean season for Islamabad United in 2021 but lit up the National T20 Cup, scoring 409 runs at a strike rate of 170.41 and a competition-leading 24 sixes for Khyber Pakhtunkhwa.

Quetta Gladiators have a couple of options here with Faulkner, Lawrence and Hetmyer all available to fill this role. Faulkner (90 runs at 169.81) has previous in this department in the PSL while Lawrence has a strike rate around 140 and Hetmyer has performed in this role in both the CPL and IPL.

However, they may not be needed if Iftikhar Ahmed can replicate his 170.41 strike rate from the National T20 Cup. If you still need convincing of his credentials, he scored 45 (17) and 45 (19) in the semi-final and final of the competition to help Khyber Pakhtunkhwa to the title.

Quetta Gladiators might find themselves in a tight spot at the start of the tournament without Vince or Roy. Smeed is a talent but he’s only 20 and who he partners at the top isn’t obvious – Duckett maybe? Also, while they have options in the finisher department, there are also problems. Iftikhar is yet to shine in the PSL (his strike rate in the competition is 115.97),

Lawrence has limited overseas experience, and Hetymer is both a partial signing and yet to perform in the PSL. Letting middle-order wrecking ball Azam Khan go might come back to haunt them. 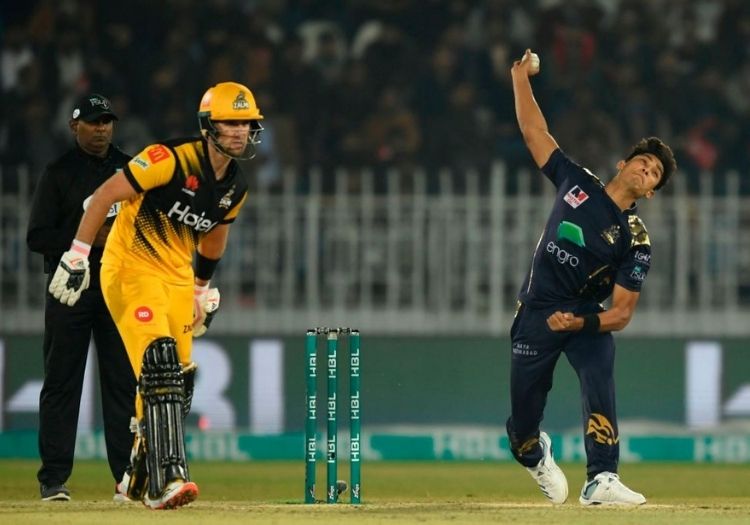 Mohammad Hasnain is the star of this bowling attack. The 21-year-old took a team-leading nine wickets in PSL6 and already has 17 T20I wickets in 18 appearances despite his tender age. A dynamic powerplay bowler, he lit up the Big Bash with a triple-wicket maiden on debut for Sydney Thunder. His bowling action has been the subject of an investigation in the BBL.

The arrival of Faulkner is a huge boost for the Gladiators. He bowls left-arm medium-fast, has bags of variation up his sleeves, and experience of both international cricket and several franchise leagues. Wood, meanwhile, offers a left-arm fast option to complement Hasnain and could be well utilised in the powerplay and at the death.

Naseem Shah is the pick of Quetta’s young pacers, taking nine wickets and conceding eight an over in the recent National T20 Cup, but Ghulam Mudassar and Khurram Shehzad – who took seven wickets in PSL7 – are good options. 37-year-old Sohail Tanvir, formerly of Multan Sultans, is the elder statesman.

As mentioned, Noor Ahmad is an exciting young talent and offers something a little different with his left-arm wrist spin – he enters the tournament with 33 wickets in 33 T20s – while at the other end of the age spectrum, 41-year-old Shahid Afridi brings bags of experience to Quetta. The right-arm leggie has just shy of 350 career T20 wickets to his name and a PSL economy of 6.97.

Through infrequently seen in the PSL, Iftikhar Ahmed is a useful part-time off-spinner. He picked up eight wickets in 19 overs for Khyber Pakhtunkhwa in the National T20 Cup.

Quetta Gladiators bowled their opponents out just twice in PSL6 but didn’t appear to have bowling as a priority at the main draft or subsequently. Faulkner is a solid addition and should reduce their overreliance on Hasnain.

Wood, however, has never played in the PSL while Noor Ahmad is just 17 years old. Shah and Shehzad too, though promising talents, are also young and relatively inexperienced. As for Tanvir and Shahid Afridi, both offer lots of experience but are no longer the threats they once were. Question marks remain about Quetta’s bowling attack. 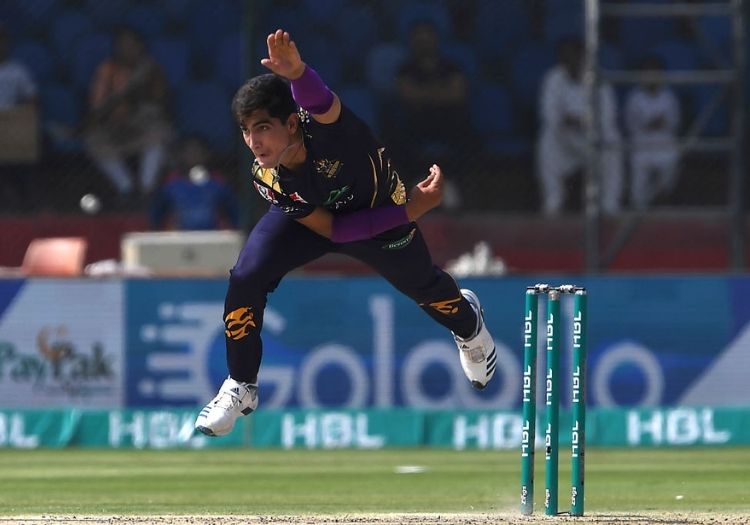 Captain Sarfaraz Ahmed is the only player to ever stand behind the stumps for Quetta Gladiators, keeping wicket in all 62 matches. He has completed 39 dismissals in this period (29 catches and 10 stumpings) and is third in the all-time standings behind Kamran Akmal and Mohammad Rizwan. Ben Duckett is his understudy.