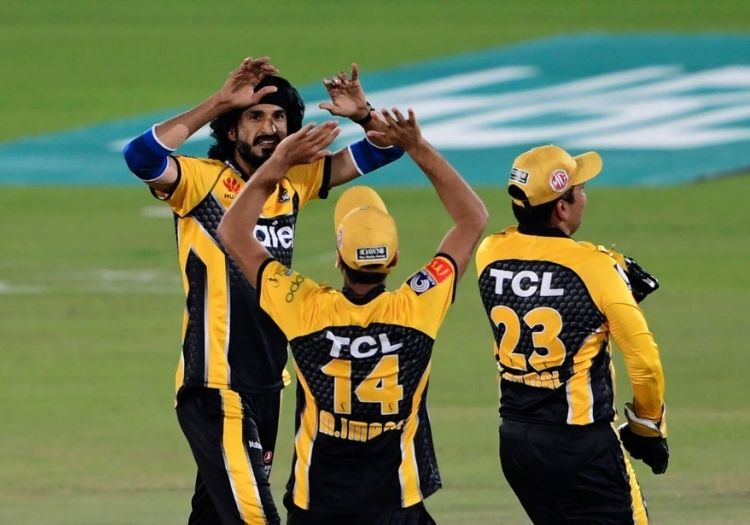 James Foster is no stranger on the franchise circuit, having held various roles in the Big Bash, IPL, CPL and BPL. He jumps up to head coach from an assistant role, replacing Daren Sammy.

Only Kamran Akmal (69) has played more matches than Wahab Riaz’s 67 for Peshawar Zalmi. The all-time leading wicket-taker in PSL history, Riaz replaced Daren Sammy as captain in 2020 and skippered Peshawar Zalmi to the PSL6 final.

Liam Livingstone: One of the hottest commodities in white-ball cricket at present, Liam Livingstone is a versatile power-hitter capable of playing from No.1 to No.7 and a handy spin bowler, with both leg-spin and off-spin up his sleeve. Prior to PSL7, the allrounder has scored 429 runs at a strike rate of 134.90 in 19 appearances in the competition. He will miss the start of the tournament to tour West Indies with England.

Sherfane Rutherford: A powerful batter from West Indies, Sherfane Rutherford is a textbook white-ball finisher. He has represented both Karachi Kings and Zalmi in the PSL, scoring 277 runs at a strike rate of 150.54.

Saqib Mahmood: Like Livingstone, fast bowler Saqib Mahmood only has partial availability for PSL7 due to England commitments. However, he always makes a big impact with his pace. Last season, he took 12 wickets in five appearances for Zalmi – only Riaz (18) took more – while in the 2021-22 Big Bash, he struck 13 times in six matches. A player in form

Tom Kohler-Cadmore: Tom Kohler-Cadmore’s T20 record speaks for itself. An impressive top-order batter, he has 2,885 runs, including 23 50-plus knocks, and a strike rate of 139.23 to his name prior to PSL7. He’s yet to produce his best in Pakistan but heads into this season’s tournament with something of a Midas touch – in the past few months, he’s won both the Abu Dhabi T10 League and Lanka Premier League, scoring fifties in both finals.

Hazratullah Zazai: Yet another overseas batting powerhouse, Hazratullah Zazai lit up PSL6, blasting 212 runs (three half-centuries) at a strike rate of 185.96 in five appearances to help Peshawar Zalmi reach the final. The Afghanistan international is a boundary fiend who looks right at home in the PSL.

Ben Cutting: Australian international Ben Cutting adds valuable experience to the Zalmi set-up. With the bat, he’s a handy finisher, with a career strike rate of 147.39, while with the ball he offers an additional pace option. Cutting has made 11 white-ball appearances for Australia and has previously represented Quetta Gladiators in the PSL.

Matt Parkinson: Signed as a partial replacement for Saqib Mahmood is his Lancashire teammate Matt Parkinson. A talented white-ball spinner, Parkinson is both economical – his career economy is 7.51 – and a prolific wicket-taker, picking up 88 in just 57 T20 Blast appearances. He’s yet to take fewer than 13 wickets in a Blast season but has never plied his trade in a franchise tournament.

Pat Brown: Worcestershire’s Pat Brown has the unenviable task of filling in for Liam Livingstone. A fast bowler, he burst onto the scene in 2018, taking 31 wickets in a single T20 Blast campaign, but has since struggled with injuries and fitness. When fit, he’s an asset at the death. 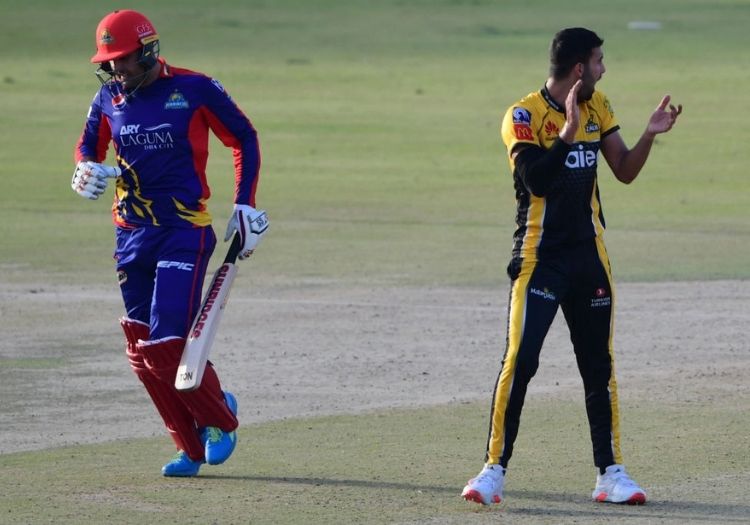 Peshawar Zalmi retained Livingstone, Riaz, Haider Ali, Rutherford, Shoaib Malik, Hussain Talat, Mahmood and Kohler-Cadmore from their PSL6 squad while several players, including Kamran Akmal, were re-signed in the draft. Cutting was the only overseas addition to the squad while the most notable departures are Mohammad Irfan, Umaid Asif and Mohammad Imran, who took a combined 27 wickets last season, and Afghanistan spinner Mujeeb Ur Rahman, who was only available for four matches in PSL6.

Peshawar Zalmi enjoyed a strong start to PSL6, winning three of their opening four matches, before tailing off in the second half of the season to finish third (five wins, five defeats) on net run rate. They rediscovered their form in the playoffs, defeating Karachi Kings and Islamabad United to reach their fourth final. However, Multan Sultans proved too strong, winning by 47 runs.

Power hitters: Peshawar Zalmi can open their batting with two of the biggest hitters in the game with Liam Livingstone and Hazratullah Zazai at their disposal. Combined, the pair have struck over 450 fours and more than 350 sixes in T20 cricket and with strike rates in excess of 140, they can and will go from ball one.

Young Haider Ali also packs a punch with the bat. He endured a tough PSL6, scoring just 166 runs, but impressed for Northern in the recent National T20 Cup, scoring 317 runs. His 15 sixes were bettered only by Iftikhar Ahmed.

And then of course, there’s veteran batter Shoaib Malik who smashed 29 fours and 17 sixes in PSL6.

While no stranger to a boundary, Kamran Akmal favours placement over raw power – last season’s haul of 39 fours was the second-most in the competition – and his experience and calm will be crucial in a line-up loaded with highly explosive players. He’s the only player to score multiple PSL centuries, is second-only to Babar Azam in terms of runs and 50-plus knocks, and should offer a solid foundation at number three.

However, Akmal's Covid-19 enforced absence, Shoaib Malik's career average of 38.54 and 68 half-centuries suggests he can adapt to this role.

Batting is not a problem area for Peshawar Zalmi, with nine players – Livingstone, Kohler-Cadmore, Malik, Akmal, Haider Ali, Cutting, Rutherford, Zazai and Hussain Talat (who returned to form in the National T20 Cup with 255 runs at a strike rate of 130.76 for Central Punjab) – in contention for the top six or seven spots in the XI and depth in every department.

Last season, Zalmi were impressive with the bat, passing 180 on five occasions losing more than six wickets in just four of their 13 matches.

Perhaps the only concern is whether they can keep bailing the bowlers out of tricky situations as last season they were frequently under pressure to set or chase a big total. They also have no dedicated anchor but shouldn't need one given their batting depths. 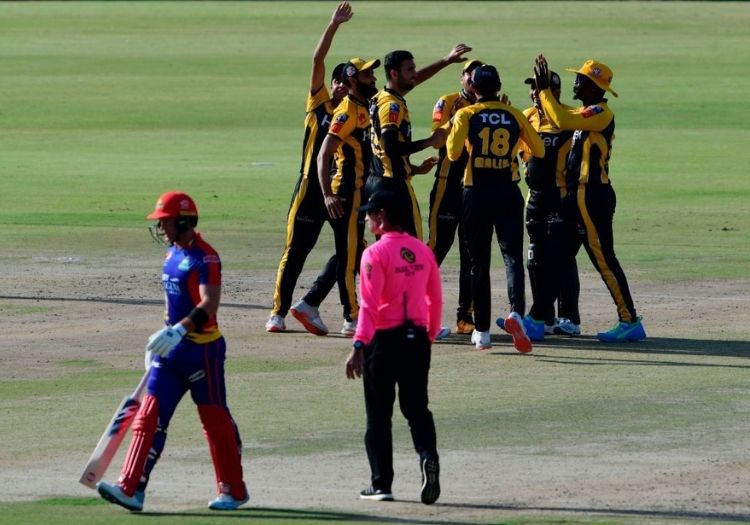 In Wahab Riaz, Peshawar Zalmi have the all-time leading wicket-taker in PSL history – 94 wickets and an economy of 7.38 – and despite his advancing years, his powers aren’t waning. Last season, he finished second overall in the wicket-taking charts, notching up 18 dismissals - his most prolific PSL return. Saqib Mahmood offers pace, reverse swing and a right-arm action to complement Riaz’s left-arm deliveries while Pakistan veteran and right-arm pacer Sohail Khan was picked up as a supplementary signing.

In support, young Arshad Iqbal enters the tournament in good form. The 21-year-old right-armer has only made 17 PSL appearances but was the second-highest wicket-taker in this season’s National T20 Cup, collecting 14 wickets in 12 appearances for Khyber Pakhtunkhwa. He will, however, miss the first part of the tournament due to Covid-19, with Amad Butt (17 wickets in 20 PSL matches) replacing him.

Hussain Talat, Sameen Gul and Ben Cutting offer additional pace options while Pat Brown, signed as a partial replacement for the first few matches, will be a huge asset at the death with his arsenal of deliveries.

Usman Qadir is Peshawar Zalmi’s lead spinner. The 28-year-old leggie joins the side from Multan Sultans for whom he made five appearances in two seasons. Qadir was quietly effective for Central Punjab in the National T20 Cup, taking six wickets and conceding just 6.97 runs per over. His skipper at Central Punjab is none other than Riaz, who clearly has faith in the spinner’s talents.

Liam Livingstone is yet to bowl in the PSL but showcased his skills with the ball at the T20 World Cup, taking six wickets. His economy of 5.73 was second only to Moeen Ali while his ability to bowl both off and leg-spin is an asset.

And for a few matches at least, they have the services of Matt Parkinson who, though untested in franchise tournaments, has proved himself to be both miserly and a wicket-taking machine on home soil.

While Peshawar’s top seven is loaded with batting options, their bowling unit is an entirely different kettle of fish. Beyond Mahmood, Riaz, Livingstone, and Cutting, their bowling unit is largely made up of part-timers or players with little PSL match time. Experienced duo Mohammad Irfan and Umaid Asif are no longer part of the squad while talented youngster Mohammad Imran – who took nine wickets last season – was released and picked up by Karachi Kings. Injury or player unavailability good wreak havoc with their bowling and Peshawar Zalmi are likely to be over-reliant on their batters for results once again.

Kamran Akmal is Peshawar Zalmi’s go-to gloveman. The 40-year-old has kept wicket in all but two of his PSL appearances and has completed a tournament-leading 60 dismissals (51 catches, nine stumpings) in six seasons.

However, with Akmal isolating due to Covid-19 as of January 25, 20-year-old Mohammad Haris is likely to be handed the gloves for the first part of the tournament. The youngster has made nine career T20 appearances for Khyber Pakhtunkhwa, taking eight catches and completing one stumping.