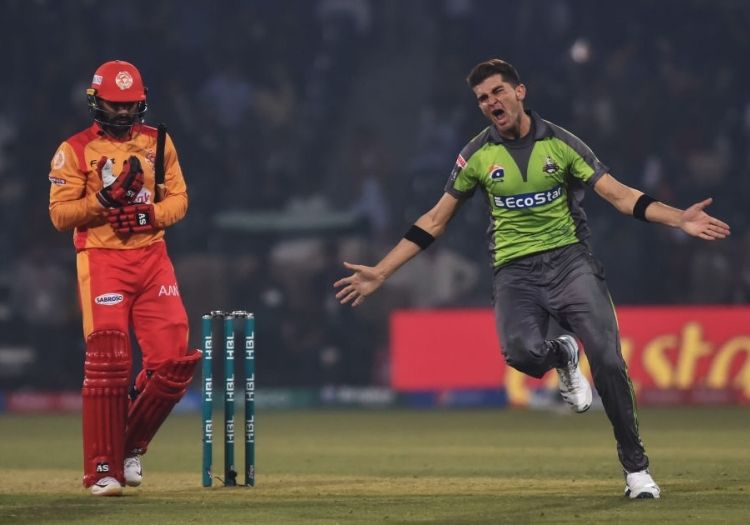 The former Pakistan bowler, who played 163 ODIs through the 1990s, has been in charge since 2016. It hasn’t always been an easy ride – only once have Qalandars made it beyond the group stage, in 2020 when they finished as runners-up. Mansoor Rana, who played twice for Pakistan and scored more than 12,000 first-class runs, is the batting coach.

The left-arm seamer replaces Sohail Akhtar at the helm. Afridi has only ever represented Lahore in the competition, and his appointment comes with the franchise seeking a change in fortunes. He has taken 50 PSL wickets to date. "This is not just a team, it's a family," he said upon his appointment. "I thank [Lahore Qalandars] for placing their trust in me for this role. I will try to ensure that the team shows good performances on the field."

Rashid Khan: The best leg-spinner in T20 history might just be the best cricketer ever to have played the format. He had never played in the PSL until last year when he joined Lahore, and he returns for a second stint. By a stretch, he is the biggest-name overseas player in the squad with an all-round skillset that sets him apart. He claimed 11 wickets in last year’s tournament, with an economy rate of just 5.46 as teams sought simply to survive against his magic. Only Glenn Maxwell sits ahead of him in the T20 Player Index.

Phil Salt: The England batter will join Qalandars via his latest stint with the national side. Formerly of Sussex, the Barbados-born right-hander – one of the hardest hitters in the game – has joined Lancashire, where he could form an explosive white-ball line-up alongside Liam Livingstone and Jos Buttler. Salt made his England debut last summer against Pakistan when the home side lost their first-choice team to Covid isolation. He stepped up to make a belligerent half century that showed his comfort on the international stage. He slapped his new captain, Shaheen Shah Afridi – for four successive boundaries.

Harry Brook: Yorkshire’s Harry Brook was picked up by Lahore in the PSL draft before the two teams announced a partnership that will also see Haris Rauf spend time at Headingley in the English summer. Brook has always been highly thought of, impressing at under-19 level for England and earning a call-up to the T20 squad for the series in West Indies in January 2022. He enjoyed a terrific run in The Hundred with Northern Superchargers, earning him a deal with Hobart Hurricanes in the Big Bash, where he scored just 44 runs in seven innings. 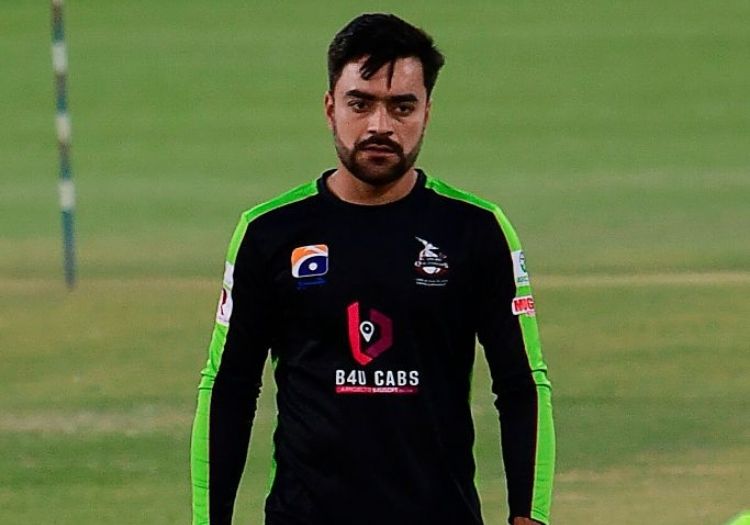 The change in captaincy is the biggest difference, but several overseas players have come and gone. Sandeep Lamichhane, Joe Denly and Tom Abell were all signed up to represent Qalandars in 2021 in one capacity or another – even if not all of them made it in the end. None of them are part of the squad this year, though Samit Patel, Ben Dunk and David Wiese are back once again. Dean Foxcroft, a South African who plays his cricket in New Zealand, is a surprise name in the pack. Tim David, so excellent last year, has been lost to Multan Sultans. Likewise, James Faulkner: he has joined Quetta Gladiators.

Normal service resumed for Qalandars after an excellent 2020. They won five but lost just as many, including a defeat against Multan Sultans in which they were bowled out for just 89. They were one of four teams to finish level on points, effectively joint in second. But an inferior net run rate saw them stuck in fifth place.

In a poor campaign for Qalandars, Fakhar Zaman was their leading run-scorer, accumulating 287 at an average of 31.88 and striking at a rate of 121.09. He is yet to truly translate his 50-over record, which is exceptional, over to the shortest format, where he has often flattered to deceive, though he made half centuries at the T20 World Cup against Australia and Bangladesh.

It looked like he might not be lining up in Qalandars colours this year after the franchise opted not to retain the left-hander. But they subsequently re-signed him in the draft.

Veteran allrounder Mohammad Hafeez has finally called time on his international career, but he isn’t done with the franchise circuit just yet. He smashed 14 sixes in last year’s competition and, without the pressure of pushing for higher honours with Pakistan, he might just find himself freed up to take on a cavalier, free-spirited role. Only 13 men have made more T20 appearances than Hafeez.

Ben Dunk, a Qalandars veteran, has signed as a partial replacement for Phil Salt, and will then take over as the team’s power-hitting coach upon the Englishman’s return.

Sohail Akhtar is no longer burdened by the captaincy, so this is a big year for the middle-order batter, who at 35 doesn’t have time on his side. He was an understated skipper, having never been capped at international level, and he needs a good season with the bat. In 2021, he scored just 149 runs in 10 innings at a strike rate only marginally better than a run per ball.

David Wiese, Samit Patel and Rashid Khan are all experienced T20 allrounders, complete with the skillset to put the finishing touches to the job done by those above them in the order. Wiese displayed for Namibia during the T20 World Cup that he still has plenty left in the tank, as well as offering a reminder that few hit a harder, longer ball.

Rashid is less orthodox than Wiese – a former teammate at Sussex as well – but equally effective as a lower-order option. He made just 75 runs in last year’s competition, and it is hard not to feel as though franchises could better utilise his unorthodoxy.

There is plenty of pressure on the experienced international duo of Fakhar Zaman and Mohammad Hafeez. Despite solid individual campaigns in 2021, there wasn’t enough to back them up. Ben Dunk made 163 runs in nine innings, while the failure to keep hold of Tim David is a major loss. He enjoyed a remarkable rise in 2021 on the circuit, providing 180 runs in just six innings for Qalandars, with a strike rate of 166.66.

How Harry Brook fares, especially after a horror show in the Big Bash, will be interesting, while Phil Salt is a PSL regular these days and is back in Lahore green after three seasons away with Islamabad United. Without another natural dasher, much will be required of him. 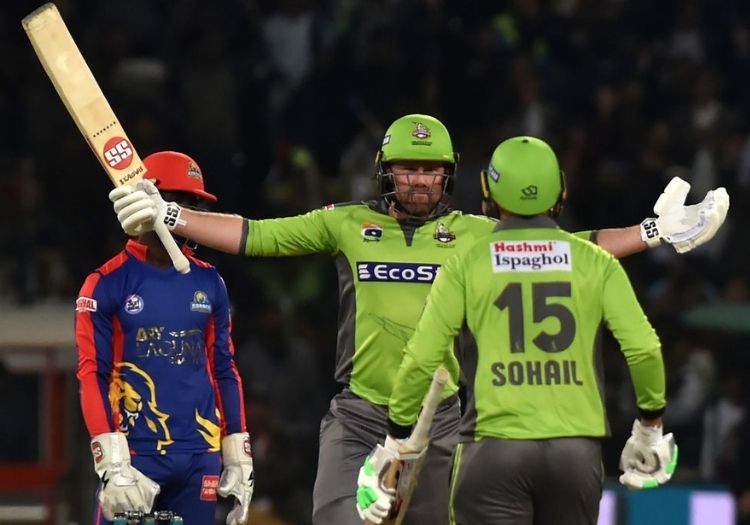 Haris Rauf and Shaheen Shah Afridi are two of the best in the business, while Ahmed Daniyal made his Big Bash debut in January. The prospect of filling eight overs with Rauf and Afridi should strike plenty of fear into opposition line-ups. Only Wahab Riaz and Shahnawaz Dahani took more wickets last year than Afridi, while Rauf had a quieter competition but remains an undoubtedly high-class operator.

Daniyal, David Wiese and Zaman Khan are all alternative pace options, while Durham’s Matty Potts joins as a partial replacement for Harry Brook, while the Yorkshireman is away with England.

You don’t have to look far with Rashid Khan around. Otherwise, variation comes in the shape of Maaz Khan, a highly rated 21-year-old leg-spinner. Syed Faridoun, a 20-year-old left-arm wrist-spinner, made his professional T20 debut in the Big Bash in December. Samit Patel, Mohammad Hafeez and Kamran Ghulam all offer part-time finger-spin options.

It remains to be seen how Shaheen Shah Afridi takes to captaincy, which will provide a fascinating subplot to Qalandars’ campaign. It was certainly time for a change, though whether this is the right one is a question that will only be answered in the coming weeks. The last thing the franchise can afford is for the leadership position to affect the left-armer’s performances with the ball.

Meanwhile, Rauf’s 2021 campaign shouldn’t be of concern – he is a far better bowler than what he produced last time around. They will need him to be, with James Faulkner lost to Quetta Gladiators on the back of 13 wickets in just six games.

Zeeshan Ashraf will keep wicket for Qalandars, though Phil Salt and Ben Dunk could also take the gloves. Ashraf’s route into the PSL came via a leftfield pick from Multan Sultans, and their former co-owner – Ali Khan Tareen – was desperately disappointed when Ashraf was picked up by Qalandars in the draft a year later. A very capable left-handed batter as well, he featured just three times last season, with Dunk often picked in his role.