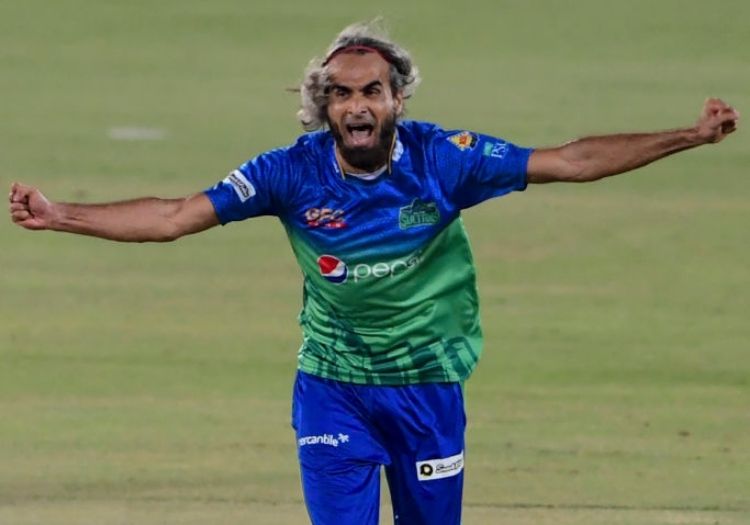 The former Zimbabwe batter has redefined himself as one of the leading coaches on the franchise circuit since his time as England coach came to an end. His work with Multan Sultans is one of several gigs, with other head coach roles in The Hundred with Trent Rockets, the Caribbean Premier League with St Lucia Kings and the Indian Premier League with the new Lucknow franchise. Last year, he was assistant coach of Punjab Kings. He has leant on his time with England to appoint former colleague Ottis Gibson as his bowling coach.

Out of the blue, one of the leading T20 cricketers in the world. No one has ever scored more T20I runs in a calendar year than the Pakistan wicketkeeper, who churned out 1,326 at an average of 73.66 in 2021 – an extraordinary record. He was signed in the same draft that saw the departure to Lahore Qalandars of Zeeshan Ashraf, whose emergence for Sultans was considered to be one of the great stories of the 2020 tournament. Since then, Rizwan – who went unpicked in his original draft category and was only snapped up by Multan as a cheaper option – has established himself as a white-ball gun, with Sussex signing him as an all-format overseas player for the English summer.

Rilee Rossouw: The South African is a veteran of the franchise now, signing up for a third consecutive year with Sultans, having previously turned out for Quetta Gladiators. The left-hander started well in 2020, averaging 47.25 and smashing his maiden – and only, to date – hundred in the competition. Since then, however, it has been a case of slim pickings. He reached fifty just once in 2021 and averaged short of 20, but that half century came in the final – off just 21 balls – to win his franchise their first title.

Tim David: Singapore’s most famous cricketer. The 25-year-old is a hulking figure at 6ft 5in and he has made his presence felt in the last 12 months. He has been a feature of the Big Bash for a few years already – both with Perth Scorchers and Hobart Hurricanes – but his big break came in the PSL, which he took by storm last year, turning out for Lahore Qalandars after being picked up in the mini replacement draft ahead of the resumption of the tournament following its Covid postponement.

He smashed 180 runs in six innings, dismissed just four times, all at a strike rate of 166.66. From there, life exploded: he dominated in the Royal London Cup with Surrey, played in the final of The Hundred for Southern Brave – running out Liam Livingstone from the boundary edge – before earning deals in the CPL with St Lucia Kings alongside Andy Flower and in the IPL with Royal Challengers Bangalore. 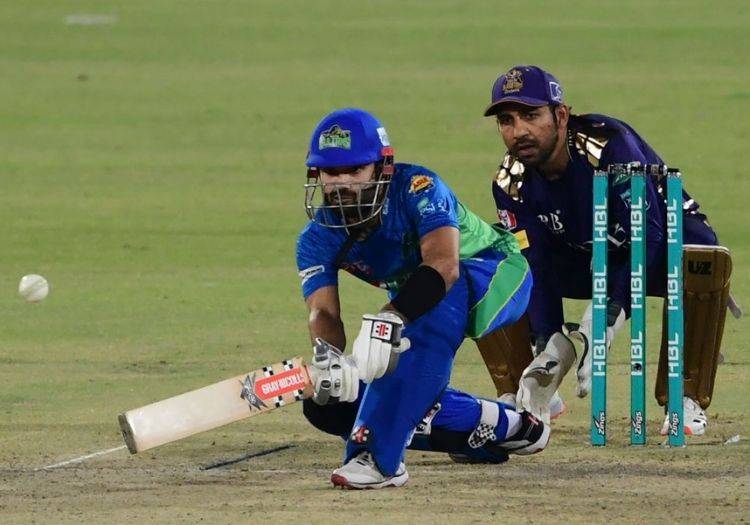 Multan Sultans have managed to keep most of their title-winning regulars together: Sohaib Maqsood, Imran Tahir, Mohammad Rizwan, Shan Masood, Shahnawaz Dahani, Rilee Rossouw and Khushdil Shah are back for more of the same. High-profile departures are few and far between, though James Vince, Shahid Afridi and Sohail Tanvir have both moved on to Quetta Gladiators, with Usman Qadir swapping Multan for Peshawar.

The draft addition of Tim David strengthens the six-hitting capacity, while Blessing Muzarabani has been retained after taking 10 wickets in six games at the back-end of the tournament. He will have new bowling coach Ottis Gibson to call upon.

Title winners for the first time in their history. It was actually Islamabad United who ran away with the group phase, winning eight of their 10 games – similar to what Multan had done a year earlier. There are no prizes for peaking too early though, and Sultans were one of four franchises to win five and lose five in the round-robin stage, finishing second on account of their net run rate. From there, they beat Islamabad in the qualifier and were joined in the final by Peshawar Zalmi, hammering them by 47 runs in Abu Dhabi.

Take your pick. Tim David showed his quality last year, while Rilee Rossouw ended a difficult campaign with a 21-ball half century in the final when it mattered most. Khushdil Shah averaged 41.25 last year, scoring his runs at a strike rate of 137.5.

No one, though, hits a longer ball more consistently in Multan’s squad than Sohaib Maqsood, who smashed 22 sixes in last year’s tournament – only Sharjeel Khan was more prolific – making five half centuries in the process. He earned an international recall in response but picked up a back injury ahead of the T20 World Cup.

David Willey, picked up in the supplementary round, is another with a reputation for his ball-striking. More than half of Rovman Powell’s runs in last year’s CPL came in sixes.

In a sense, Mohammad Rizwan – now 51st in the T20 Player Index – is still quite new to this. For a while, Sarfraz Ahmed was the man in possession as Pakistan’s captain and keeper in T20 cricket. Rizwan, by contrast, wasn’t particularly fancied in this format: Karachi Kings opted not to retain him at the end of the Pakistan Super League in 2020, where he spent most of his three seasons on the sidelines as a reserve. He batted just 13 times in that period – between No.6 and No.8. But since joining Sultans, he has altered that perception.

Rizwan was the second-highest run-scorer in last year’s PSL, has played T20I cricket in seven different countries across the last 12 months, recording half centuries in six of them. He is far from the quickest scorer, but his consistency has been crucial to the success of both franchise and country.

Khushdil Shah batted at No.6 in last year’s final. With four of the top five still in situ – and the fifth, Johnson Charles, signing up as a partial replacement – there is no reason to suggest that he won’t take on the same role again. He scored 165 runs in nine innings last time around but was out just four times, fulfilling a volatile role about as well as possible.

Sohail Tanvir’s departure has been offset by the acquisition of David Willey, whose hitting power needs no introduction. He could well slot in at No.7 to add extra firepower to those who have come before him, while much of Tim David’s franchise success has also come in the latter overs. 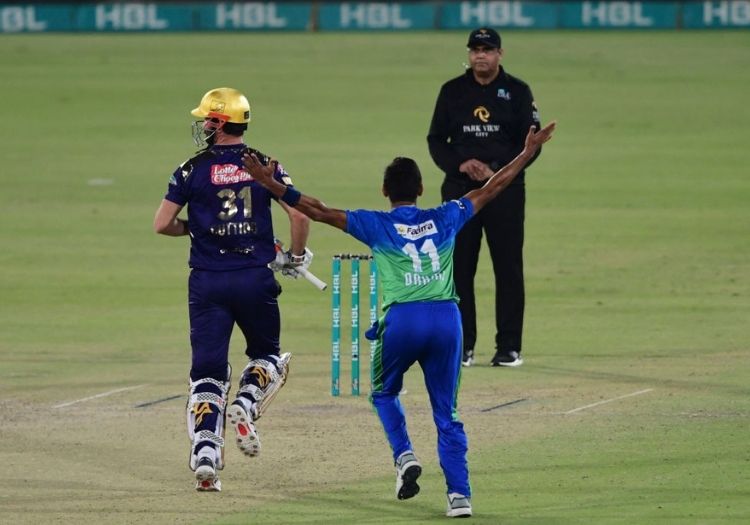 Shahnawaz Dahani was the leading wicket-taker in the competition in 2021, picking up 20 in 11 matches and earning himself a T20I debut last winter. Former Pakistan Test bowler Imran Khan is a solid campaigner and took 12 wickets in just seven appearances, while Anwar Ali is an experienced recruit. Blessing Muzarabani contributed 10 in just 18.4 overs – a wicket every 11.2 deliveries.

Of the new additions, David Willey is a different sort of left-armer to Sohail Tanvir, swinging the new ball and generally viewed as more effective at the top of the innings than towards the end. Rumman Raees provides a second left-arm option, also with an excellent T20 record.

Imran Tahir is the main source of variety, still impressing even in the twilight of his glittering career. He claimed 13 scalps in 2021 across just seven games – only three men picked up more wickets. Asif Afridi, the wily left-arm spinning allrounder, offers another option.

It’s a lot to ask of Imran Tahir to carry the spin burden virtually on his own. The South Africa veteran is 42 and turns 43 in March, and he can’t go on forever. They are seam-heavy, having lost leg-spinners Usman Qadir and Shahid Afridi, two players at different ends of their careers but both hugely talented all the same.

Mohammad Rizwan is the wicketkeeper as well as the captain. On current form, he might just be the best in the world.