Could this finally be the year for Guyana Amazon Warriors?

CPL TEAM PREVIEW: The spin of Imran Tahir and the experience of Mohammad Hafeez and Shoaib Malik will be invaluable, especially as the competition wears on in Saint Kitts and Nevis 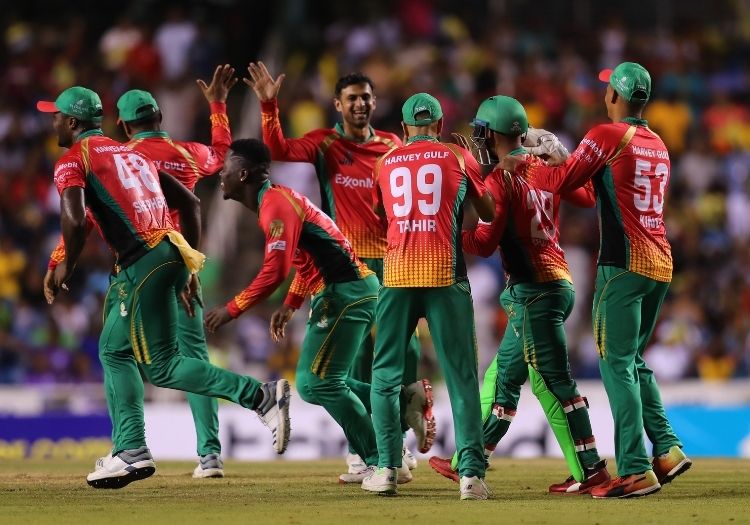 Another year, another close shave for Guyana Amazon Warriors, who have still not won the Caribbean Premier League despite reaching the latter stages in every edition of the competition’s history.

Last year was perhaps the most disappointing yet: a 10-wicket defeat against St Lucia Zouks in the playoff semi-final after being bowled out for just 55. The run-chase lasted just 4.3 overs.

Beforehand, however, they had finished second in the group stage, bettered only by Trinbago Knight Riders’ perfection: 10 games, 10 wins.

In Imran Tahir, Guyana had the tournament’s third-highest wicket-taker. In Shimron Hetmyer and Nicholas Pooran, they have two of the most talented West Indies cricketers of their generation – only Lendl Simmons, Glenn Phillips and Darren Bravo scored more runs in a generally low-scoring competition played out on the increasingly tired wickets of just two grounds in Trinidad and Tobago.

Chris Green has moved on to Jamaica Tallawahs, while Ross Taylor has not returned after going through last year’s campaign without reaching fifty. Instead, Tahir remains a key player, even at the age of 42; he showed in the recently concluded edition of The Hundred that none of his skill or enthusiasm have waned.

Naveen-ul-Haq is also back for more, having impressed last year in taking 11 wickets – as many as his compatriot Rashid Khan bagged for Barbados Tridents. The seamer’s Bumrah-like action and range of variations made him a threat, while the acquisition of another countryman in left-arm wrist-spinner Waqar Salamkheil adds to the mystery of a side that has often relied on left-field overseas signings. 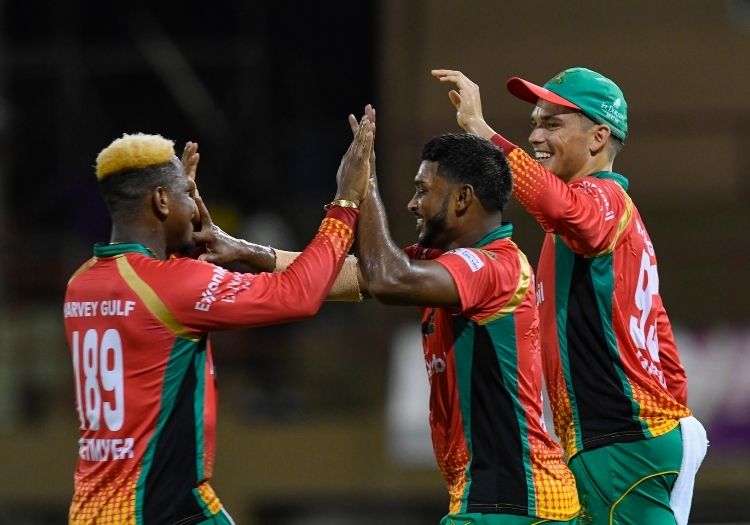 Could this finally be Guyana's year?

Shoaib Malik - ranked fifth in the T20 Player Index - has returned for another stint with Amazon Warriors, having played a valuable part in their 2019 campaign when they won 11 games in succession but still contrived to fall short of clinching the title. He missed last year, with Taylor effectively his replacement. His long-time international teammate Mohammad Hafeez has also signed on, bolstering a youthful middle order led by the glorious talents of Hetmyer and Pooran.

The spin of Tahir and the experience of Hafeez and Malik will be invaluable, especially as the competition wears on in Saint Kitts and Nevis, with pitches slowing up and scores going down – much like in 2020, when only two players across the tournament passed the landmark of 300 runs.

Should the same happen, there will be few better than Tahir to exploit those conditions, while fellow spinners Ashmead Nedd and Kevin Sinclair have impressed early on in their young careers.

As well as Green, Keemo Paul and Sherfane Rutherford have also moved on. They could prove to be significant losses, given the lack of a high-quality local fast bowler in Guyana’s squad without Paul, as well as Rutherford’s obvious talent, even if he endured a woeful tournament last year, making just 39 runs in seven knocks.

In other circumstances, the inexperience of Pooran as a captain might also have appeared a weakness, but the nous of Malik and Hafeez by his side should ensure a fairly seamless transition.

With the bat, though, the trio will need help from their teammates: Hetmyer had an excellent campaign in 2020, but Brandon King – so highly thought of after Amazon Warriors’ 2019 exploits – averaged just 11.6 and scored just 116 runs in 11 matches. He needs a better year this time around.

You can all but guarantee a spot in the playoffs for Guyana Amazon Warriors; whether Johan Botha’s men can take their as yet untrodden steps over the finishing line, only time will tell.