The Big Cricket Survey revealed that 62.06 per cent of respondents preferred the four-day tournament above all others in the English domestic schedule, down from just over 66 per cent in 2018 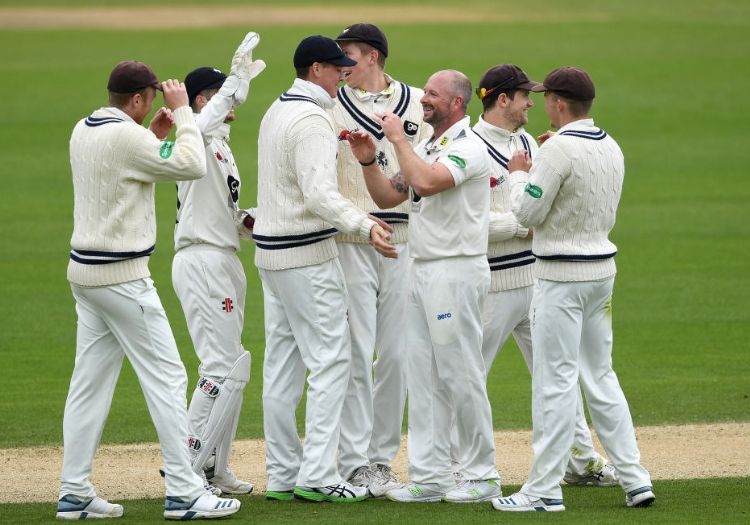 The County Championship remains the favoured competition of our readers, but its popularity has dropped slightly year-on-year.

The Big Cricket Survey revealed that 62.06 per cent of respondents preferred the four-day tournament above all others in the English domestic schedule, down from just over 66 per cent in 2018.

A further 23.57 per cent claimed to like all three competitions - the Royal London One-Day Cup and T20 Blast, as well as the Championship - equally. The equivalent figure was 18.06 per cent 12 months ago.

The timing of the first-class season has been a topic of much discussion in recent years, with many of the matches pushed to the margins of the summer, outside of school holidays and into periods with less predictable weather patterns.

But the competition’s popularity persists, especially among members, who overwhelmingly prefer the Championship. 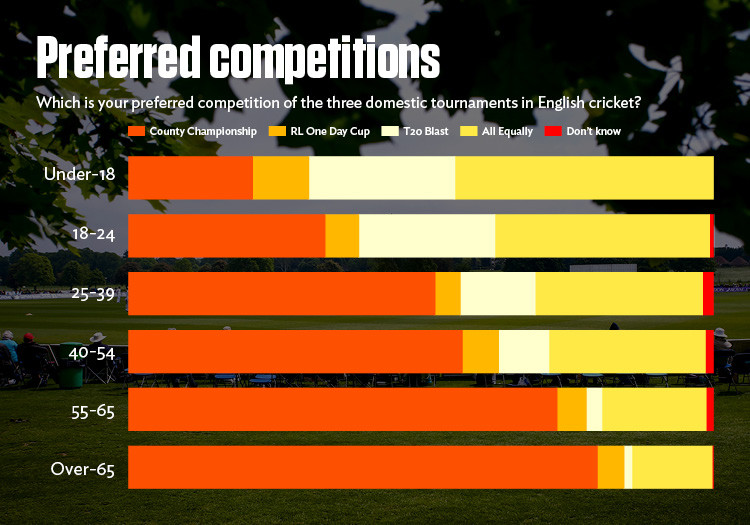 A whopping 71.83 per cent say four-day cricket is their favourite, compared to 55.69 per cent among non-members.

While less than 3 per cent of members favour the Blast, more than 11 per cent of non-members prefer the T20 competition.

There is an unsurprising split among age groups, too.

Contrastingly, over 65s named the Championship as their standout tournament (80.13 per cent saying they prefer it over all the rest).

While the Blast is more popular among the younger element of the population, the vast majority of age groups still say four-day cricket is the pick of the bunch.

Only in the under-18 category was their a larger vote for the Blast than the Championship.

More than a fifth (22.11 per cent) revealed that they never go to games. A further 31.78 per cent say they attend less than once a month.

Unsurprisingly, members get to the grounds much more regularly.

Just 7 per cent of non-members say they watch games in person more often than once per month during the season.

Young adults between the ages of 25 and 39 are most likely to go through an entire summer without visiting a cricket ground (30.94 per cent).

See the equivalent figures for 2018 by clicking here