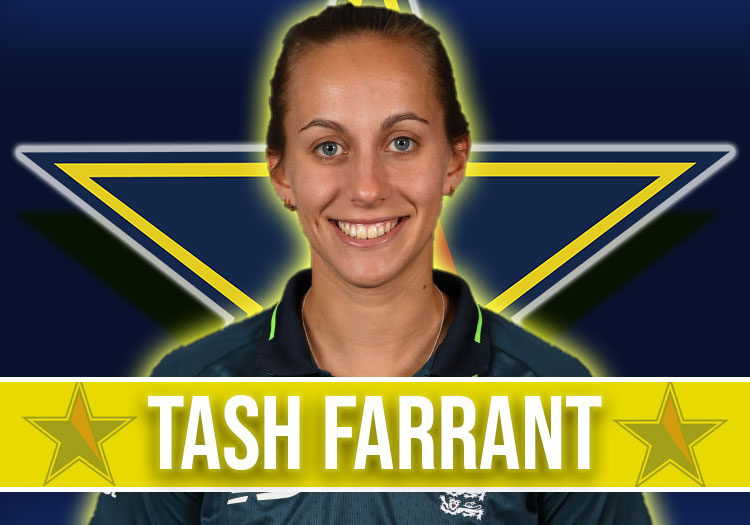 In 2012 aged 16, the Greek-born Farrant took a five-for on county debut for Kent.

That summer the left-armer was called up to England's under-19 side and again was quick to have an impact with two wickets in her first over. She represented the Southern Vipers in the now defunct Kia Super League.

A full international debut came in 2013 in a T20 against Pakistan after an injury to Katherine Brunt.

The quick was capped a further 15 times between her debut and 2018, but despite being a regular in England squads had her central contract terminated in 2019, a move which she described as feeling "like the end of the world".

Off the back of her performances in the 2020 summer, during which she was her team's leading wicket-taker with nine wickets in the Rachael Heyhoe Flint Trophy, she was recalled for England's 2021 tour of New Zealand and made three appearances.

In December 2020, Farrant was awarded one of the 41 full-time women's domestic contract and was drafted by Oval Invincibles for The Hundred, in which she would be the competition's leading wicket-taker in its first year. Soon afterwards, her remarkable turnaround was complete, finding herself included in England's squad for the Women's Ashes and the World Cup that followed at the start of 2022.