Born in Philadelphia and half-Italian, left-arm seamer Tara Norris has been one of the stars of the domestic circuit since it was restructured 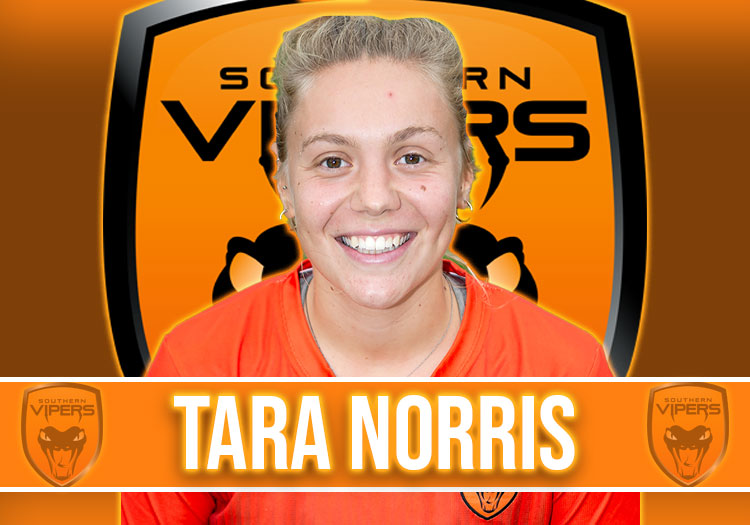 Born in Philadelphia and half-Italian, left-arm seamer Tara Norris was one of the stars of the inaugural Rachael Heyhoe Flint Trophy, taking 12 wickets in seven matches.

This is her second spell with Southern Vipers, having started her Kia Super League career with the team – for whom Jenny Gunn was her maiden wicket – before moving to Loughborough Lightning, where she played while studying sport science at the university.

She returned to Vipers in 2020 and signed a professional contract in December 2020.

Making her county debut for Sussex as a 15-year-old in 2014, she neither batted nor bowled in a 50-over win over Warwickshire.

The following year, she was part of the side that won the Women's Twenty20 and in 2018 took 10 wickets as Sussex were promoted from the second tier of the County Championship.

Throughout that time, she has been among the England ranks at development and academy level, touring South Africa in 2018 as part of a squad that also included now-internationals Sophia Dunkley and Sarah Glenn.

Since then, however, she has represented USA at international level, while continuing to grow as a threat on the domestic circuit. She is one of few left-arm seamers in the game and was Vipers' leading wicket-taker in the inaugural Charlotte Edwards Cup in 2021.

She was similarly successful as her team retained the Heyhoe Flint Trophy, picking up 11 wickets - third only to Georgia Adams and Charlotte Taylor - and making an unbeaten 40 in a title-winning 78-run unbroken partnership with Emily Windsor in the final.