In the 2020 Rachael Heyhoe Flint Trophy, she scored a team-leading 189 runs, including 25 fours, and took four wickets in six appearances 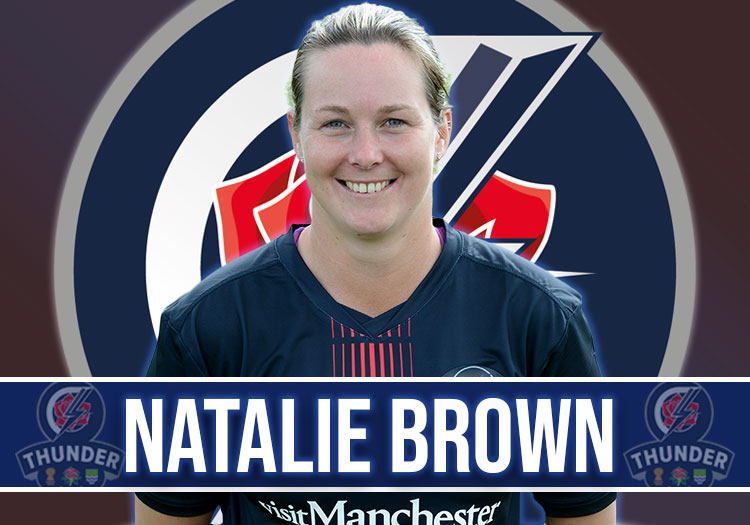 Allrounder Nat Brown took up cricket when she was nine years old, joining the Lancashire setup a year later and making her senior debut at the age of 14.

In the 2020 Rachael Heyhoe Flint Trophy, she scored a team-leading 189 runs, including 25 fours, and took four wickets in six appearances. She won Thunder’s player of the year gong for her efforts.

She was considerably quieter in 2021, scoring just 62 runs and taking one wicket in List A cricket as well as making three appearances in the Charlotte Edwards Cup.

Brown was selected by Manchester Originals for the inaugural season of The Hundred, making four appearances, but was released by the franchise in February 2022.

She supports Manchester United and hometown rugby league side, St Helens, in her spare time while balancing her cricket career with her job as a civil servant.