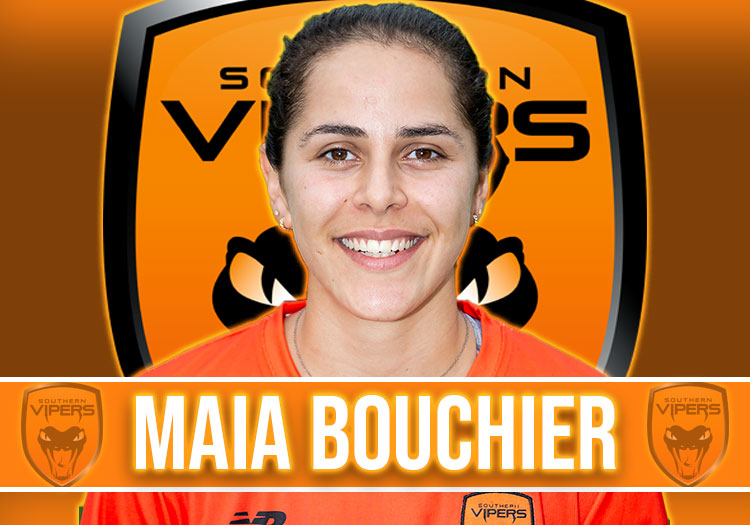 "I want to be the next Nat Sciver," Maia Bouchier told The Cricketer in 2020.

"I'm trying to get my bowling back up; obviously, my batting is the main one but having my bowling would be even better. If I’m really looking to be in the England squad."

The former Middlesex allrounder has played for Southern Vipers since 2018 and has been rewarded for the consistency of her run-scoring in the middle order with international recognition. She made her debut against New Zealand in September 2021, before earning a spot in England's side for their Ashes opener in January 2022.

Following that game, in which she neither batted nor bowled, she represented England A on their concurrent tour, before turning out for Western Australia ahead of the return of the English season.

She first became a regular at Middlesex in 2016 and topped the county's run-scoring charts in the 2018 Women's County Championship, with 172 at 34.4. She was also an ever-present as her side won the Twenty20 Cup.

The following year, already playing in the Kia Super League for Vipers, she joined Hampshire, ending her first season as the leading run-scorer in the Twenty20 Cup.

She enjoyed a decent campaign in the 2020 Rachael Heyhoe Flint Trophy, scoring 183 runs and taking a single wicket – that of Lauren Winfield-Hill in the final.

In October 2020, however, it was announced that she had been suspended from bowling, pending "remedial work" to correct an illegal action. She played for Southern Brave in the inaugural edition of The Hundred but had a mediocre tournament.