Born in Wiltshire but a seamer for Berkshire – she made her County Championship debut aged 14 – and Southern Vipers, Bell spent some time on loan at Middlesex during the 2019 Twenty20 Cup and is studying criminology at Loughborough University 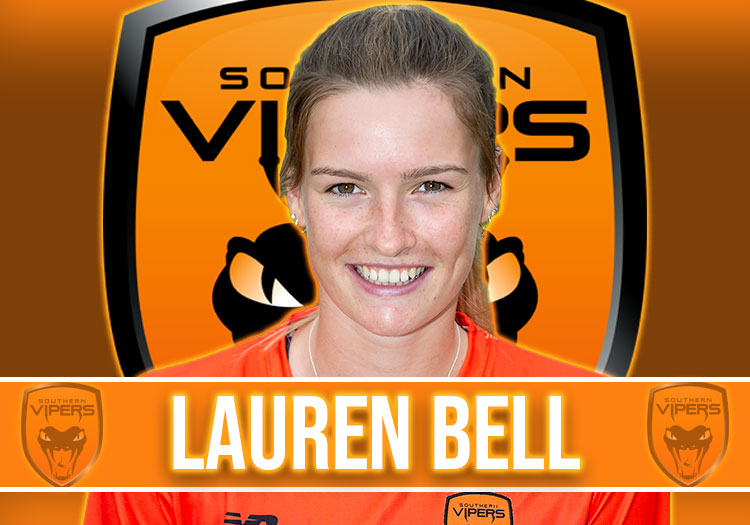 Few young players in the domestic game are as highly regarded as Lauren Bell, whose talent has been recognised by Lisa Keightley's England setup as they begin to consider long-term replacements for Katherine Brunt and Anya Shrubsole.

So much so that she was included in the 24-strong training squad that convened after the lockdown period in the summer of 2020 as one of three uncapped players, coming a year after she faced Australia A while representing England Academy, with whom she had a contract for the 2019/20 season.

That progression has continued apace; she was part of the England A squad that toured Australia in the 2021/22 winter and remained with the senior squad as a travelling reserve for the World Cup.

Following Shrubsole's international retirement, Bell would seem to be next in line, given their similarity as in-swing bowlers.

Born in Wiltshire but a seamer for Berkshire – she made her County Championship debut aged 14 – and Southern Vipers, she spent some time on loan at Middlesex during the 2019 Twenty20 Cup and is studying criminology at Loughborough University.

She has played club cricket for Hungerford and became the first girl to play for the boys’ first XI at Bradfield College, collecting wickets in games against St Edward’s, Oxford and the MCC.

She showed her potential in the last edition of the Kia Super League, though it ended in disappointment, with her four overs in the 2019 final costing 44 runs and featuring four wides and a pair of no-balls.

"She gets a lot of bounce because of her height and she seems to have a very calm mindset for someone of her age. I think she has a big future because there aren't many girls of that height that have those attributes."

In the inaugural edition of The Hundred, only Tash Farrant, Sammy-Jo Johnson, Kirstie Gordon and Amanda-Jade Wellington picked up more wickets.