The daughter of former Sussex men’s captain Chris Adams, cricket has been a major part of her life ever since playing on the outfield at Hove with the children of former Sussex coaches Mark Robinson and Peter Moores 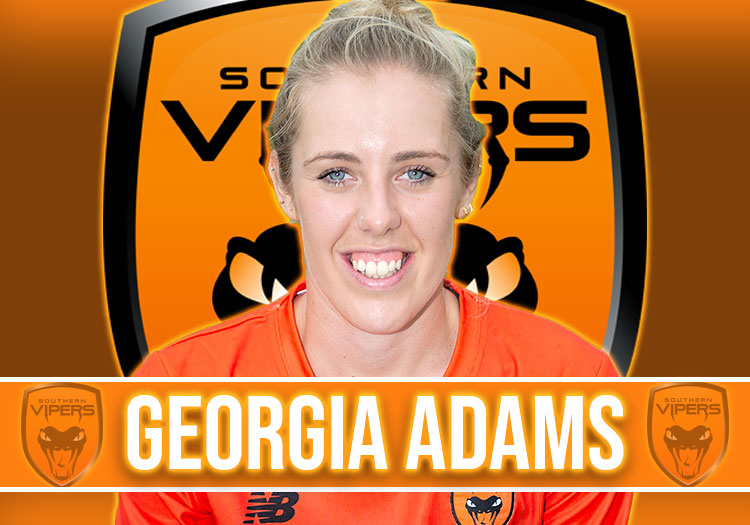 Adams was the MVP in the 2020 Rachael Heyhoe Flint Trophy and has been touted for higher honours since representing England at under-19 level.

In 2016, she was picked in an England Academy side to face Sri Lanka.

The daughter of former Sussex men’s captain Chris Adams, cricket has been a major part of her life ever since playing on the outfield at Hove with the children of former Sussex coaches Mark Robinson and Peter Moores.

It was only when Clare Connor mentioned to Chris that he should send his daughter for county trials that the women’s game even felt like an option.

"I really didn't have a clue that women’s cricket even existed until I was about 11," she told The Cricketer in 2020.

Her major breakthrough came when she enrolled at Loughborough University, where she learned to train like a full-time professional cricketer – only without the job title.

Having made her county debut for Sussex in 2009, she replaced Georgia Elwiss as captain on a permanent basis in 2017, though she skippered for the first time in 2014.

In 2019, she became the youngest Sussex player to reach the milestone of 100 appearances for the county.

In 2020, however, she returned to Vipers after being handed a retainer contract by director of cricket Adam Carty.

She promptly starred in the Heyhoe Flint Trophy, scoring 500 runs at 83.33. Although she was less prolific in 2021, she still churned out more than 450 runs across both regional competitions, while also developing her off-spin. Only Charlotte Taylor took more wickets for Vipers in their 50-over title-winning campaign.

As well as playing, she has built a coaching portfolio at the Brighton Aldridge Community Academy, where she works alongside Alexia Walker, her head coach at Sussex.