A Hampshire player since the age of nine, her finest hour came in her player-of-the-match performance in the 2021 Rachael Heyhoe Flint Trophy final 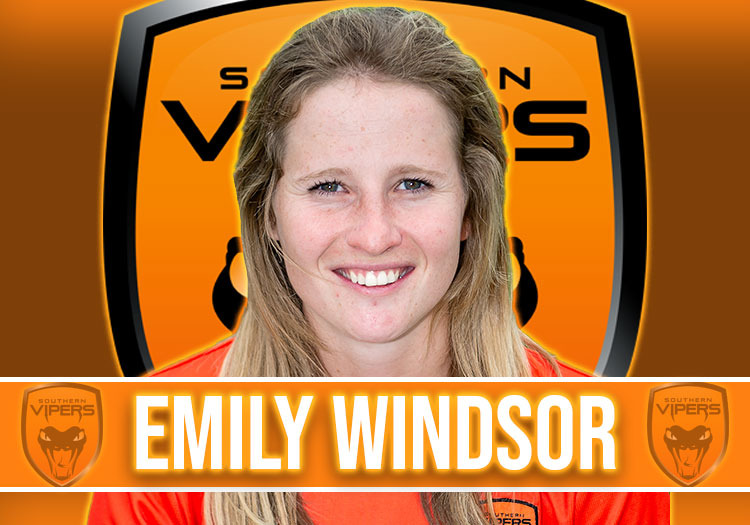 Emily Windsor was 22 during the summer of 2019 when she produced two captain’s knocks on Kia Summer Smash finals day at the Kia Oval to see her Hursley Park side to victories over Plympton in the semi-final and Sessay in the final.

But she usurped anything achieved that day with her player-of-the-match performance in the 2021 Rachael Heyhoe Flint Trophy final, when she came to the crease with Southern Vipers in disarray to drag her side from the brink of defeat to a remarkable victory over Northern Diamonds.

Together with Tara Norris, she shared an unbroken 78-run partnership that shattered the spirit of the three-time runners-up. Windsor batted for almost two hours at Wantage Road to see her team over the line.

A Hampshire player since the age of nine, until then perhaps her finest hour had also come in Northampton in 2015, making 99 off just 85 balls before claiming figures of 6 for 23 as her county won Division Three of the County Championship – a triumph that set the club on their way towards glory in the top tier in 2018.

A year earlier, she had only come to the crease four times in the inaugural Rachael Heyhoe Flint Trophy but made 37 in the final at Edgbaston, once again proving her big-game mettle.