Aged 17, McCaughan was the youngest player in the 2020 Rachael Heyhoe Flint Trophy to record two half centuries 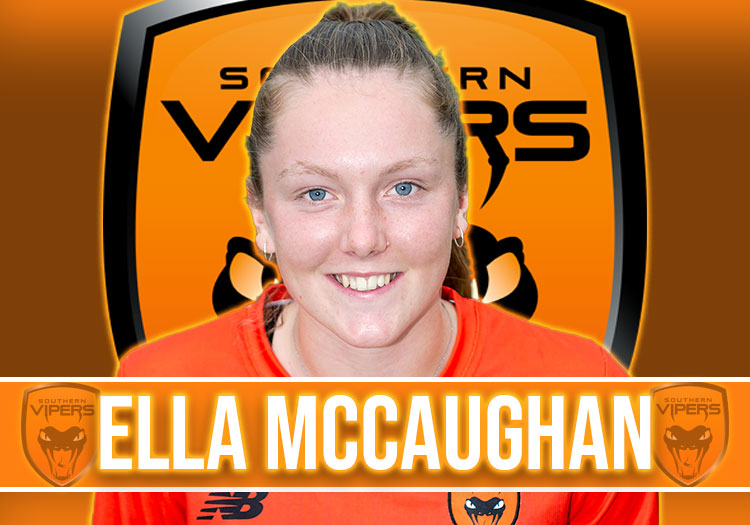 Ella McCaughan is one to watch.

The Sussex teenager from Seaford made her Sussex debut in 2018 – despite being just 15 years of age at the time.

She came to the attention of Southern Vipers after scoring 318 runs for Sussex Under-17s in the Royal London Girls County Cup, with four fifties in six innings and an average of 53.

A top order batsman and leg-spinner, she was also a member of the England Academy in 2018/19.

Aged 17, she was the youngest player in the 2020 Rachael Heyhoe Flint Trophy to record two half centuries – the first of which came in a 155-run opening partnership with Georgia Adams against Western Storm.

Upon being selected to join a series of camps at the ECB's National Cricket Performance Centre at Loughborough in November 2018, former Sussex Women’s assistant coach Ian Cox described her as "a shining example of what can be achieved through hard work and dedication, whilst also embracing the team ethic and continuing to thoroughly enjoy her cricket and all that goes with it".

She had a less fruitful 2021 for Southern Vipers, ending the summer with a high score of 41 in the Heyhoe Flint Trophy, featuring just three times in the Charlotte Edwards Cup.