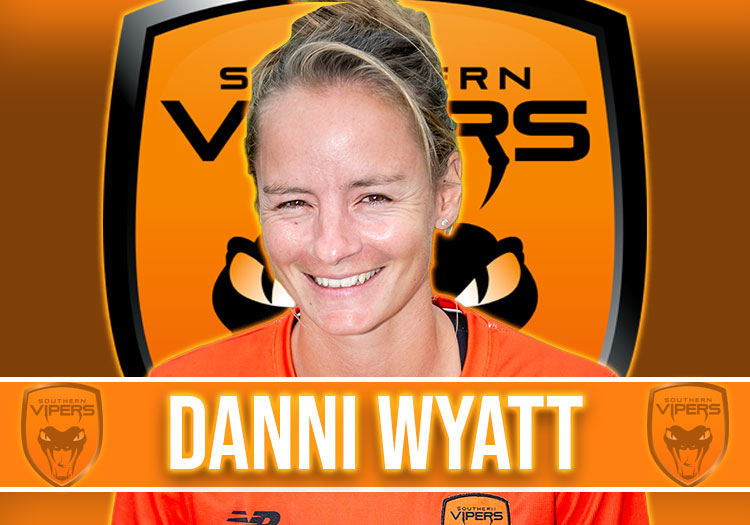 A former beneficiary of the MCC Young Cricketers scheme, she earned a central contract when the first tranche of women's deals were handed out in 2014 – four years after her international debut.

Over time, she has become an established member of that side, notching a pair of T20I centuries – against Australia and India, while she recorded her first ODI ton during a 2019 series in Malaysia against Pakistan.

Despite missing out on selection for the final, Wyatt was a member of England's World Cup-winning squad in 2017, before being named at the end of the same year in the ICC's Women’s T20I team of the year.

Domestically, she has been in demand all over the world, enjoying stints in the Women's Big Bash with Melbourne Renegades and in the Women’s T20 Challenge with Velocity.

She left Staffordshire for Nottinghamshire in 2013, before joining Sussex ahead of the 2016 campaign.

For a while, she provided a useful bowling option as well, though her off-spin has become less frequent over time after struggling with it.

She told The Cricketer early in 2021: "It was during the World T20 in Sri Lanka. I was bowling against Sophie Devine and I just felt like I couldn't bowl. I was at the end of my run-up and I was like: 'Oh my gosh, I'm in a World Cup semi-final opening the bowling against Sophie Devine.' I ended up getting her out caught at cow, but I'd never felt it before. I just froze."

During the 2022 World Cup, Wyatt reaffirmed her status as one of England's most dangerous white-ball batters, smashing a remarkable hundred against South Africa to book her country a place in the final, having been moved back to the top of the order earlier in the competition.

She began the winter in a similar vein, with a fine half century against Australia in the Women's Ashes opener.