Hastings-born wicketkeeper Rudd grew up at Sussex but left in 2011 as a 17-year-old for pastures new at Berkshire, before rejoining the club eight years later 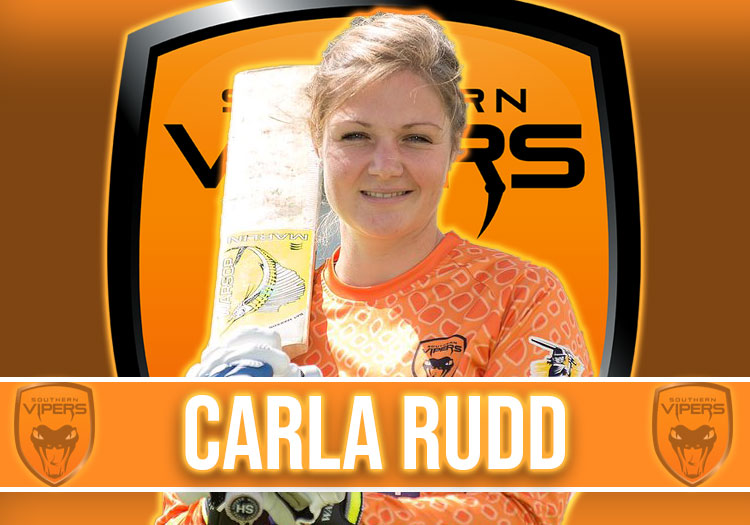 Hastings-born wicketkeeper Carla Rudd grew up at Sussex but left in 2011 as a 17-year-old for pastures new at Berkshire, before rejoining the club eight years later.

Initially, she was compelled to move on in search of opportunities to develop her glovework, with her chances at her home county hindered by the excellence of Sarah Taylor.

Nevertheless, Rudd was a member of Southern Vipers' squad from the inception of the Kia Super League and was an ever-present in the inaugural Rachael Heyhoe Flint Trophy, scoring 81 runs, taking three catches and completing four stumpings.

She was similarly consistent in 2021, ever-present across both formats and tidy behind the stumps, even if she was short on runs. Rudd kept wicket for Southern Brave in The Hundred.

On the side, she is a PE teacher and has been head of girls' cricket at Felsted School, while she has also represented England Academy.