Shrubsole became a household name in the aftermath to her match-winning performance in the 2017 World Cup final at Lord’s, played out in front of a full house 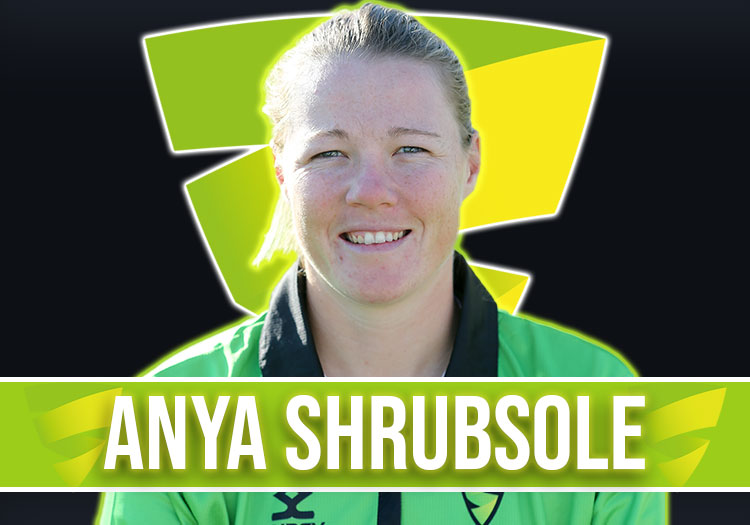 Born into a cricketing family, with father Ian having briefly turned out for Wiltshire in 1992 and 1993 and sister Lauren also representing Somerset, Anya quickly surpassed their achievements.

She became a household name in the aftermath to her match-winning performance in the 2017 World Cup final at Lord’s, played out in front of a full house.

Shrubsole ended with figures of 6 for 46, dragging England to a victory that had scarcely possible only an hour earlier.

As a consequence, she appeared on the cover of the 2018 Wisden Cricketers’ Almanack, was nominated for BBC Sports Personality of the Year in 2017, earned an MBE and was recognised as one of Wisden’s five cricketers of the year.

Plenty of hard yards went into that success, however: Shrubsole made her senior county debut as a 12-year-old, dismissing Debbie Stock and Claire Taylor in an impressive sign of things to come.

A year later, she became the first girl to join Somerset’s academy.

It was no surprise, therefore, when her introduction onto the international stage followed not long afterwards in 2008, taking the wicket of Marcia Letsoalo in a six-wicket win over South Africa.

Since then, the seamer – famed for her ability to swing the ball prodigiously – has established herself as one of the leading seamers in the women’s game, taking over as Heather Knight’s vice-captain when Knight replaced Charlotte Edwards as England skipper.

In 2020, she was a nominee for the ICC’s women’s T20I cricketer of the decade award, having taken her 100th T20I wicket – making her the only England bowler to do so.