Having progressed through the Hampshire ranks after joining at under-13 level, Monaghan has been part of national development programmes and represented England Academy in 2018 on a tour of South Africa 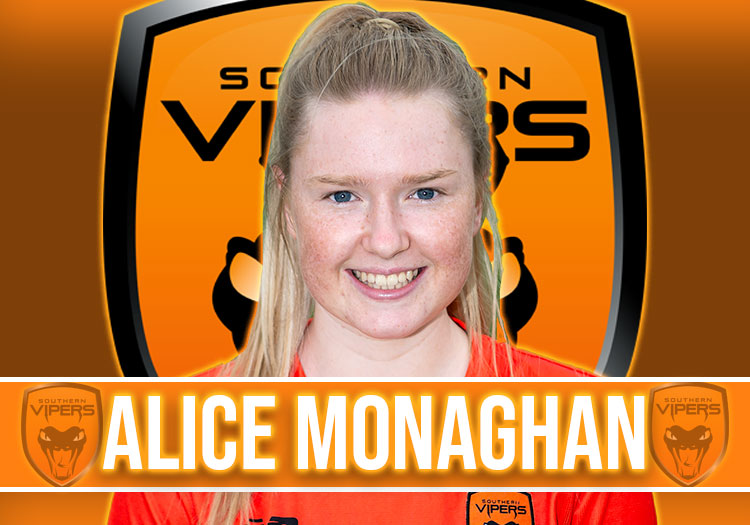 Despite spending the 2018 season in the Kia Super League with Yorkshire Diamonds, Basingstoke-born Alice Monaghan is Hampshire through and through.

Having progressed through the county ranks after joining at under-13 level, she has been part of national development programmes and represented England Academy in 2018 on a tour of South Africa and then again against Scotland.

In 2019, the young allrounder joined Loughborough Lightning – where she was studying at university – for the final edition of the KSL, though she didn't feature under head coach Rob Taylor.

Having made her debut for Hampshire as a 16-year-old, she played seven times in the inaugural Rachael Heyhoe Flint Trophy as Southern Vipers went unbeaten before winning at Edgbaston in the final. Monaghan's contributions were limited, scoring just 11 runs and going wicketless.

The same was the case in 2021, where she was a bit-part player for Vipers but was a regular for London Spirit in The Hundred.