Find out team news, TV and streaming information, odds, weather forecast, head-to-head-record and much, much more ahead of the 14th game of the new Indian Premier League season 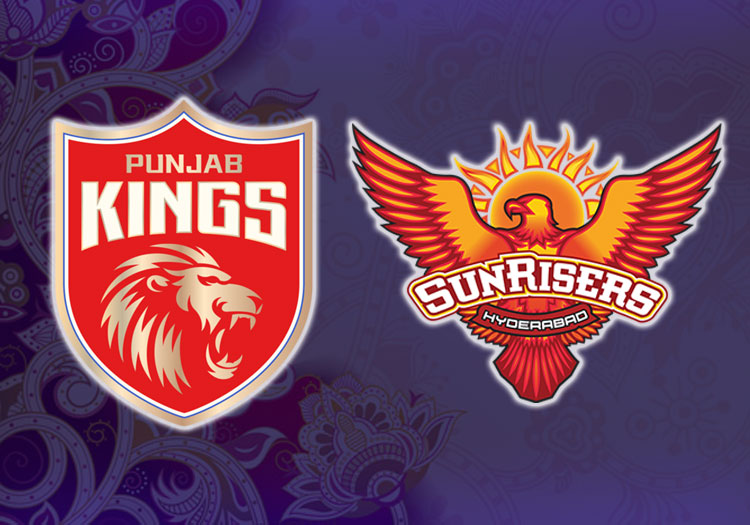 Punjab Kings take on Sunrisers Hyderabad in the 14th match of the 2021 IPL.

To be honest, neither of these sides looks in any sort of nick. Punjab Kings have lost two of their three matches so far, and Sunrisers Hyderabad have lost all three. Both will be desperate to give their season a kick-start. Defeat for Sunrisers and chances of reaching the play-offs will be wilting before the competition even reaches its second week.

Dafabet make Punjab Kings the hot favourites for this one - they are 3/4 for the win.

If you fancy a flutter on Sunrisers Hyderabad, they are available at 21/20.

Fancy KL Rahul to continue his hot streak? Rahul has two half-centuries from three innings and is 15/8 to top score for his team in this match.

For Sunrisers, leading runscorer Jonny Bairstow can be bought at 23/20 to return the highest individual score for SRH in this fixture.

Rahul's two fifties have contributed to a competition average of 52.33 with a strike rate of a shade over 145.

The captain, who is currently ranked 10th in the men's T20 Player Index, has come under some scrutiny for the way in which he has put together his innings but his runs still remain vital to success for Punjab. Following him, Chris Gayle and Nicholas Pooran offer the opportunity for Punjab to go really big.

Punjab Kings have two of the top five scores in the IPL 2021 to their names (ahead of Mumbai Indians v Delhi Capitals on Tuesday): 195 for 4 in a losing cause against Delhi, and the highest team total in the competition so far - 221 for 6 against Rajasthan Royals.

Three of the top five six-hitters in the IPL this year to date are taking part in this match: Deepak Hooda has eight from just 56 balls faced, Bairstow has seven from 75 balls, and Rahul seven from 108 deliveries.

With the ball, Rashid Khan continues to be an utter menace in the middle overs. The Afghanistan spinner's mixture of leggies and googlies remains one of the most difficult periods of any match for any T20 batsman. He is averaging 16 with the ball in the IPL this year, with an economy rate of just 5.33 from 12 overs bowled. Rashid has sent down 31 dot balls in that time (the sixth most among IPL bowlers in 2021 prior to Delhi Capitals v Mumbai Indians on Tuesday).

Wickets have been an issue for both of these sides so far this term. Punjab have managed 15 in three matches, while SRH have 19.

Punjab Kings are arriving in Chennai to play their first match of the season on the Chepauk pitch, which is considerably slower than its cousin in Mumbai.

Ravi Bishnoi could well be recalled, while a spot for Fabian Allen in place of one of PK's Australian seamer Riley Meredith looks plausible.

Kane Williamson could be fit enough to take his place in the Hyderabad middle order following an elbow injury - an arrival which would significantly bolster SRH's chances, given their crumbly form in the latter part of innings.

Sunrisers made four changes for their last outing - a defeat by Mumbai Indians. Virat Singh, Abhishek Sharma, Mujeeb Ur Rahman and Khaleel Ahmed came in in place of Wriddhiman Saha, Jason Holder, Shahbaz Nadeem and T Natarajan. It seems unlikely all four will retain their places, though despite an underwhelming performance Mujeeb may well remain to try to keep Punjab's pace-loving top order quiet on a slow Chennai deck.

The two teams have played each other 16 times.

Another clear day is predicted in Chennai, with temperatures expected to reach 35 degrees Celcius just ahead of the start of play. Rain is incredibly unlikely.

Sunrisers' team selection has been curious so far this season, and their performances in Chennai have been pretty miserable. Punjab Kings have enough about their top order to do enough damage with the bat to ensure victory, even with Rashid Khan in the opposite XI.