The Caribbean Premier League returns on August 31. The Cricketer takes a look at the next generation on show this season 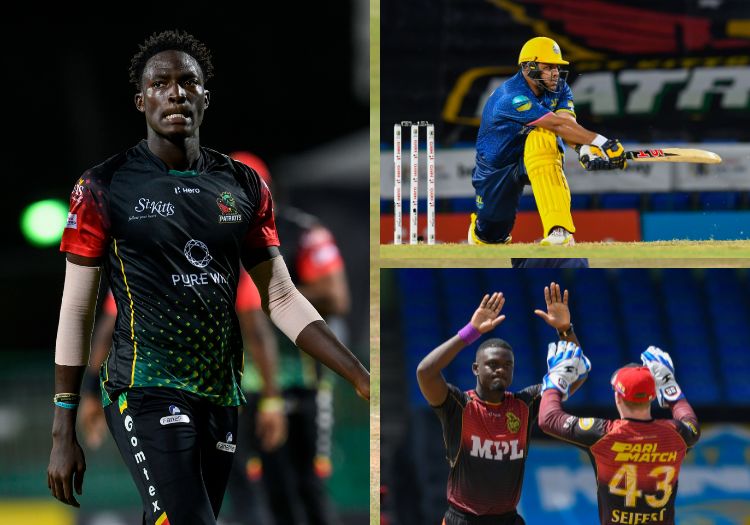 The CPL might be dominated by the old guard - the West Indies legends who have redefined T20 cricket - but it is also the breeding ground for the next generation of short-format talent.

For every Andre Russell and Sunil Narine, there is a young whippersnapper eager to make a name for themselves and take their game to the next level.

So who are the cream of the under-25 crop at this year’s Caribbean Premier League? In association with Rario’s all-new cricket strategy game, The Cricketer takes a peek behind the curtain.

Despite his tender age - he only turned 22 at the start of August, spinner Lamichhane is well known across the T20 franchise world. The Nepalese has claimed 181 T20 wickets in various competitions, stretching from Australia to the Caribbean.

He offers leg-breaks, googlies, and plenty of variations, and can bamboozle even the best batsmen.

A career economy rate in T20 cricket of 6.85 is superb, and shows the control he can offer through the middle of an innings. It is not unknown for him to bowl in the powerplay, too.

Lamichhane is lining up for a spin-heavy Jamaica Tallawahs side in CPL 2022, having previously been on the books of Barbados Royals and St Kitts & Nevis Patriots.

He knows Caribbean conditions, he has mastered the art of spin bowling in T20s, and he will provide stiff competition for a place in a side which also includes Pakistan tweaker Imad Wasim and Australian CPL favourite Chris Green.

You can purchase the Sandeep Lamichhane NFT via the Rario marketplace from August 28, and take part in Rario’s new cricket strategy game for free from the start of the CPL on August 31. Click here for more details. 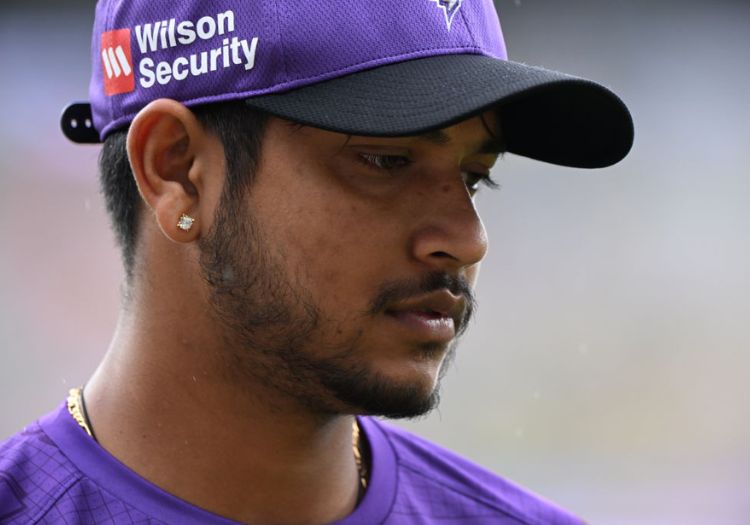 A breakthrough 2021/22 winter included a standout performance in the Under 19 World Cup, during which the South Africa captain hit 368 runs - the second most in the tournament. - at an average of 73.6.

Dubbed “Baby AB” for his ability to hit through 360-degrees, and mix power with precision, Brevis has an awful lot to do to live up to the reputation of De Villiers - perhaps the most complete three-format batsman the world has ever seen.

Brevis is only 19 but he has already shown enough promise to be picked up by Mumbai Indians in the IPL mega auction last February, and he made 161 runs from seven innings at a strike rate above 142 in his debut season in the tournament.

This CPL, the teenager will be turning out for St Kitts & Nevis Patriots, and could become a crucial part of a squad which is not blessed with many top-order options.

If you’ve got a spare few minutes when the Patriots are batting, make the most of the opportunity to see one of the brightest talents in the global game.

You can purchase the Dewald Brevis NFT via the Rario marketplace from August 28, and take part in Rario’s new cricket strategy game for free from the start of the CPL on August 31. Click here for more details.

The 20-year-old Trinidadian burst into the West Indies side in June 2021 and has made 16 appearances at international level to date, albeit none in T20s.

Seales is rapid, capable of hurrying even the best batsmen, and easily extracts bounce out of the wicket. His T20 career economy rate of 8.34 is not particularly standout but his career strike-rate of a wicket every 12 balls is promising.

He is part of a Trinbago Knight Riders setup which includes plenty of bowling experience - Andre Russell, Sunil Narine, Kieron Pollard, Khary Pierre, Anderson Phillip and so on. But he is by far their most explosive option with the ball. Expect express pace in short bursts, as Seales looks to improve on a 2021 campaign which only brought him four wickets.

You can purchase the Jayden Seales NFT via the Rario marketplace from August 28, and take part in Rario’s new cricket strategy game for free from the start of the CPL on August 31. Click here for more details. 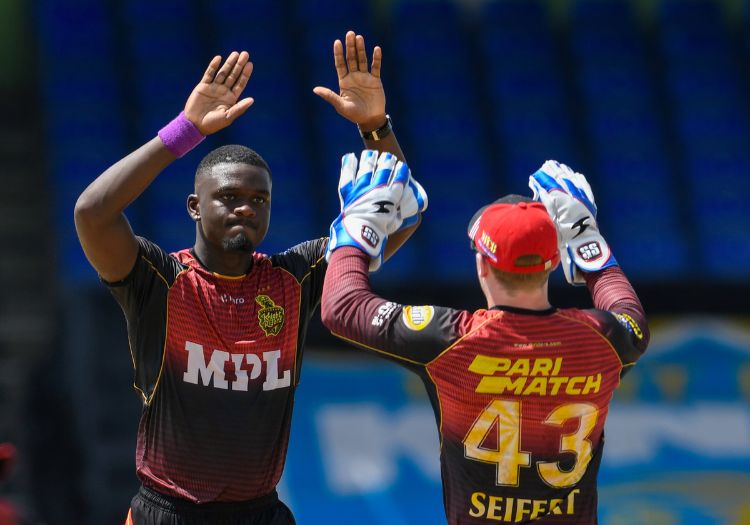 The son of former Pakistan wicketkeeper Moin Khan, Azam is a big man with big levers and the capacity to hit the ball a long, long way.

He broke into his country’s T20 squad in 2021 without making the most of the opportunity, and is now in the process of proving himself once again.

Azam is only at the CPL thanks to a late change of heart from the Pakistan Cricket Board to grant him a no objection certificate, after he had initially been told he would not be permitted to take part. And now he needs to take his chance.

In 2021, Azam did not fire. He accumulated 178 runs from eight innings but struck at less than 125 runs per 100 balls - hardly the match-winning impact Barbados Royals would have been hoping for given his career strike rate is nudging 145.

The Royals have given the 24-year-old another chance, though, and they will be hoping their overseas import hits the straps (and the stands) early in his stay. If he does, then the middle overs and the death could be very painful indeed for their opponents in 2022.

You can purchase the Azam Khan NFT via the Rario marketplace from August 28, and take part in Rario’s new cricket strategy game for free from the start of the CPL on August 31. Click here for more details. 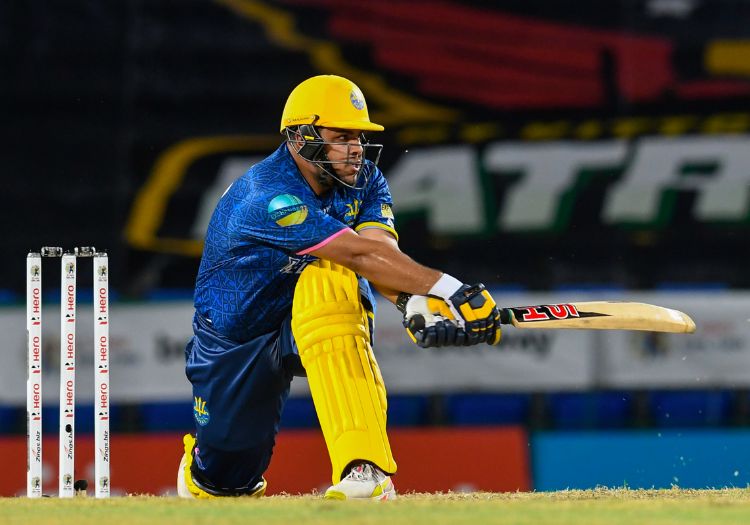 The star of the 2021 final, allrounder Dominic Drakes clobbered 48 not out from 24 balls to take St Kitts & Nevis Patriots to the title.

Drakes is a left-arm quick who - evidently - can handle a bat, and made his international debut in December last year.

The 24-year-old spent time at Yorkshire Vikings during the 2022 Vitality Blast, and has also been on the books of Multan Sultans in the PSL, both of which give him useful experience of varying short-form cricket situations and conditions.

A reliable seamer, Drakes does not possess a standout career economy rate (8.97) or strike rate (19), but he is capable of taking the ball at all points of the innings - a useful attribute - and hitting quick runs at the death.

It will take some going if Drakes is to replicate the sort of impact he ended up having on the 2021 CPL in 2022; if he does, they’ll be celebrating on the beaches of St Kitts once again.

You can purchase the Dominic Drakes NFT via the Rario marketplace from August 28, and take part in Rario’s new cricket strategy game for free from the start of the CPL on August 31. Click here for more details.