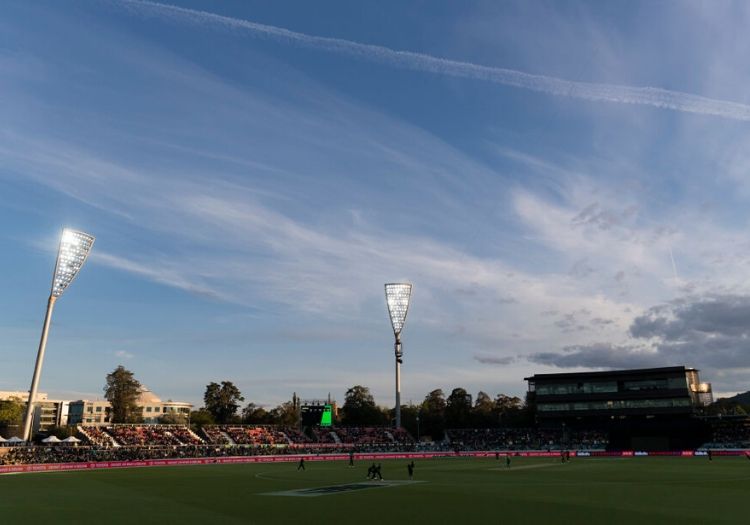 Located a stones throw from Australia's capital Canberra, this quaint venue holds a little over 12,000 for cricket matches with other sports such as Aussie rules and rugby union also showcased down the years.

Since the late 1920s, the Manuka Oval has played host to some of the Australia's blue-riband sports. Though rugby union and league, hockey and wrestling are events of the past, cricket and Aussie rules remain in the tapestry of the capital ground.

Central to its reputation as one of the premier second rung venues in the country is the regular hosting of Prime Minister XI matches against international touring sides. Former PMs Robert Menzies and Bob Hawke both have stands named after them in an effort to extend the relationship with the political history of the area.

The pavilion meanwhile is named after Sir Don Bradman, born some 180km north-west of Canberra in Cootamundra, who came out of retirement to play for PM XI against MCC in 1963.

Among the ground's other defining features is its scoreboard, which was lifted directly from the Melbourne Cricket Ground. It was moved after an MCG facelift and named the Jack Fingleton Scoreboard, in memory of the ex-Australia batsman who would later become a political journalist.

Nowadays it is the permanent home for AFL side GWS Giants during the winter and ACT Meteors, who operate in the Women's National Cricket League.

Sydney Thunder have played women's and men's Big Bash League matches there since 2018, while the final of the 2014-15 men's competition also found a home here.

Renovations in 2001, 2011 and 2013 - which included the installation of 47-metre floodlights - helped bring the stadium up to international standard and Test cricket finally came to the Manuka Oval in February 2019 when Australia hosted Sri Lanka.

The Griffith ground has been regular fixture on the roster for World Cup tournaments, with matches at the women's events in 1988-89 and 2009 and the men's showcase in 1992 and 2015, being staged here. 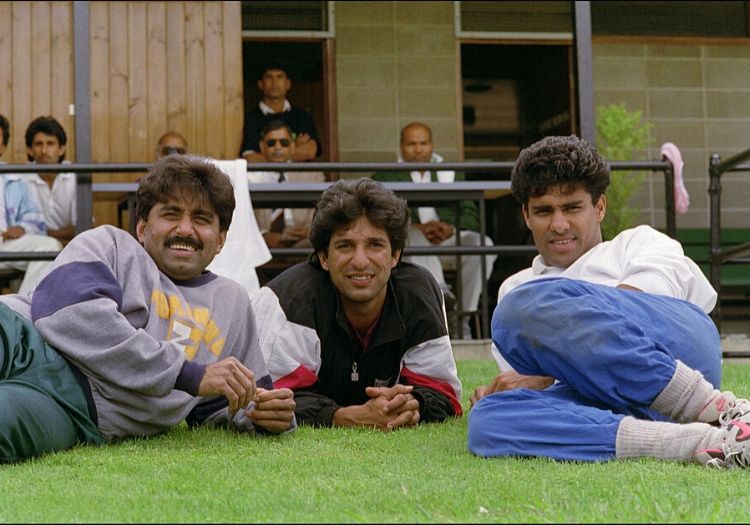 Javed Miandad, Wasim Akram and Waqar Younis relax during the Pakistan vs South Africa one day international at the Manuka Oval in Canberra 15 February 1992

Though his second ball duck at The Oval is widely considered to be his cricketing send-off, Sir Don Bradman's final bow came at the Manuka Oval in 1963 some 15 years later.

He emerged from retirement for one final outing for a Prime Minister's XI, containing Richie Benaud, against MCC.

Colin Cowdrey and Fred Trueman were in the tourists' side but it was Brian Statham who gave Bradman a thump back down to earth, bowling him with just four on the board.

It would be the last time cricket's greatest batsman would ever flourish the willow in anger. 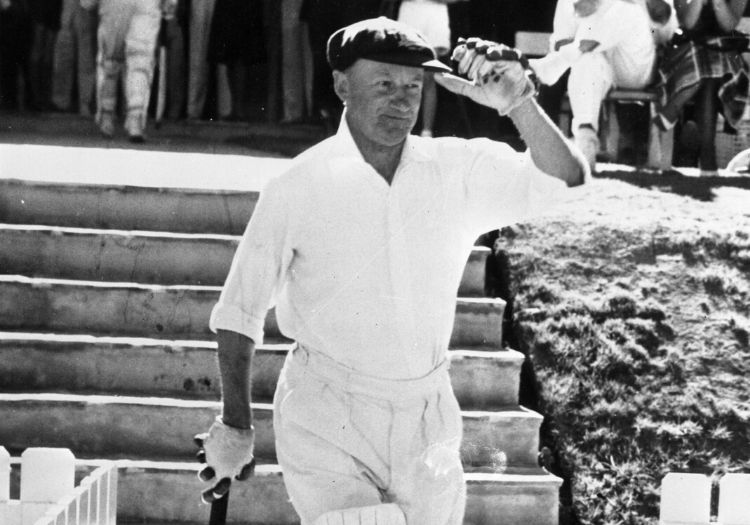 Train: Canberra Station, located on Wentworth Avenue, is around a 20-minute walk from the ground.

Parking: Kingstone and Manuka Shopping Centres are the primary spots for those making their way by car, while the Kingston Oval and the surrounding streets provide alternative options. Attendees are encouraged to lift-share where possible.

The parking map can be found by clicking here.

Bus: Organisers strongly suggest that fans use the bus to travel to and from the venue, which is available free of charge and includes a park-and-ride system. Transport Canberra's 5 and 6 route can take you within walking distance of the stadium. They can be accessed from a number of areas including Gungahlin Town Centre, Woden, Tuggeranong and Belconnen.

Timetables and maps can be found by clicking here.

Taxi: Franklin Street at the Manuka Shopping Centre provides the drop-off point before matches, with the same taxi rank offering a route home for fans after the conclusion of the game.

Cycle: A bike rack can be found outside both the East and Mian gates of the ground, though they cannot be taken into the main grounds.

A small sample size makes providing an accurate description of the conditions that will meet sides is problematic.

Nonetheless, while the surface is by no means a road it is good to bat on during the start of the match, with it growing increasingly slow as the game progresses.

Specialising in Japanese fusion cuisine, this restaurant is located in the shadow of the ground. ($17-$25)

Does what it says on the tin. A meat-dominated yet diverse menu which leaves all guests leaving with a smile. ($26-$46)

St Christopher's Cathedral
Pleasant modern-looking place of worship which offers a break from the hustle and bustle. (Free)
55 Franklin St | Forrest, Canberra, Australia
Australian Parliament House
The centre of the country's democracy with 45-minute tours available without charge. (Free)
The Parliamentary Triangle, Canberra 2600, Australia
Live Well Spa and Wellness Centre
For a change of pace check-in for a range of therapies but be prepared to pay for it. ($140-$275)
35 Murray Cres, Canberra 2603, Australia

A good range of wines and speciality beers are provide amid rustic and warm surroundings. ($9-$20)

For your sophisticated side, take a dive into this cocktail bar where a good time is guaranteed. ($8-14)

An atmospheric yet cosy place for a pre-game drink where cocktails, mocktails and potions are your poison. ($12-$29)

With dozens of beers, a vast selection of wines and over 230 gins on offer, you can't go wrong with a trip to this spicy establishment. ($8-$99)

You get what you pay for at this quaint bar which has won awards for its selection of wines for all occasions. ($16-$85)

National Portrait Gallery
Home to as many as 170,000 individual piece of art in four separate areas. (Free)
Parkes Place, Canberra 2601, Australia
Australian War Memorial
A site which commemorates the sacrifices of Australian servicemen and women who have fought in conflicts across the world. (Free)
Treloar Crescent, Campbell, Canberra 2612, Australia

﻿The ground retains a rural feel with four different types of tree situated around the perimeter. Cypress, poplar, oak and elm trees were planted in the 1920s to accentuate the circular shape of its surroundings.