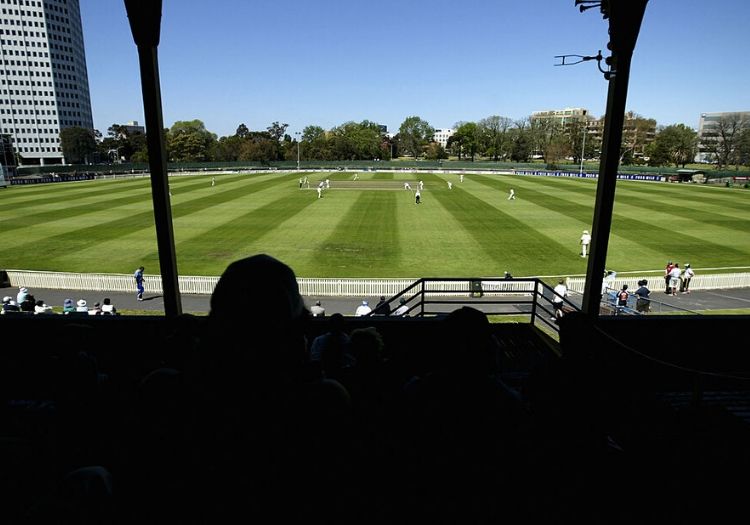 The Junction Oval is situated in the Melbourne suburb of St Kilda, with neighbouring Albert Park well known to sports fans as the home of Formula 1 in Australia since 1996.

It will host five Group A fixtures during this year’s T20 World Cup, with India and New Zealand meeting on February 27 before double-headers on February 29 and March 2.

The ground first opened in 1856 and has historically played host to home games for the AFL’s St Kilda, Fitzroy and South Melbourne clubs.

However, more recently it has undergone a A$40 million renovation project to become the main home of Victorian cricket, re-opening in March 2018 to welcome both men’s and women’s state fixtures as well as the headquarters of Cricket Victoria and on-site accommodation for players, staff and officials.

Its capacity now sits at the 7,000 marker, with the renovation work bringing it once again to first-class standard and providing a boutique alternative to the nearby MCG.

On-field success did not take long for its new residents – Victoria defeated New South Wales in a low-scoring Sheffield Shield thriller to open its doors, and the team would go on to lift both the Shield and the One-Day Cup trophies at the ground just one season later.

However, the Junction Oval’s cricketing history extends far further. The home of St Kilda CC since its opening hosted its first of three women’s Test matches in 1958 when England came to tour Australia, with England captain Mary Duggan claiming seven first-innings wickets for six runs to set a record innings analysis in the format that would stand until 1995.

Remarkably, the record was fortunate to even last to the end of the day, with Australia’s top-scorer Betty Wilson then going on to claim a hat-trick to finish with 7-7 herself and give her side a surprise three-run first-innings lead, before following it up with a second-innings century and 4-9 as the hosts fell agonisingly short of closing out a win.

More recently, a 21-year-old St Kilda cricket and Aussie rules product named Shane Warne earned his first-class debut on the ground in 1991, with the wicket of Western Australia’s Tom Moody becoming the first of his 1,319 in the format.

Since its renovation, the ground has become a regular fixture of the Women’s Big Bash League calendar, and 2020 has opened with its first T20 international fixtures since New Zealand emerged 2-1 victors in a series in January 2013. 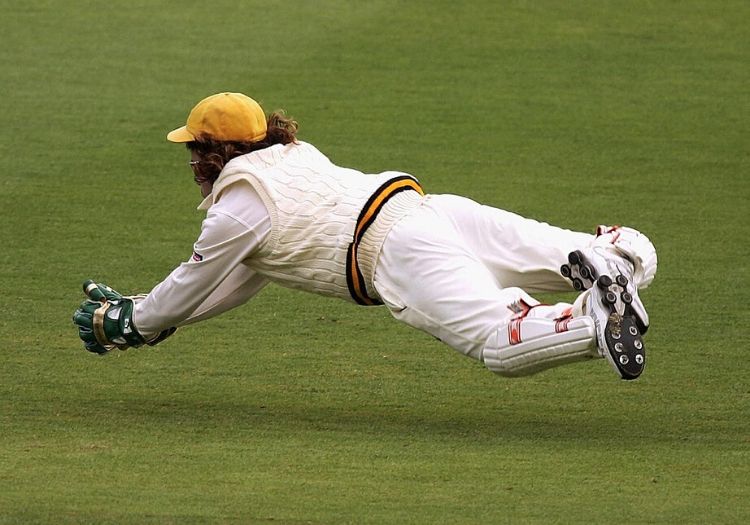 Ryan Campbell of the Warriors dives to catch Matthew Elliott of the Bushrangers during day two of the PURA Cup match at the Junction Oval on December 2, 2004

After poor forecasts in Sydney forced an abandonment of plans to host the game ahead of the BBL final, the Junction Oval played host to the Bushfire Cricket Bash fundraiser earlier this month.

The 10-over fixture, played between teams captained by Ricky Ponting and Adam Gilchrist, featured stars from the men’s and women’s games past, present and future, from Brian Lara and Wasim Akram to 16-year-old WBBL sensation Phoebe Litchfield.

The culmination of an all-star weekend of fixtures – including two T20 internationals for Australia’s women at the ground – brought the total amount raised for the Australian Red Cross and its ongoing bushfire relief efforts to A$7.8 million (£4 million). 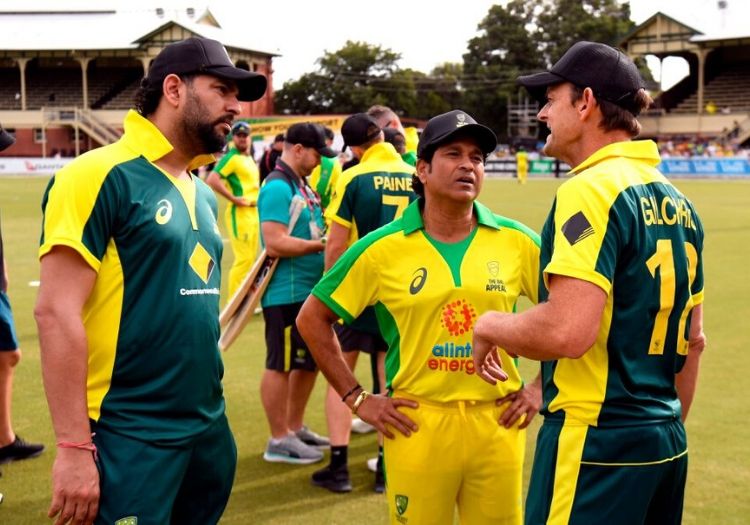 Parking: Options are limited around Albert Park, with the two car parks within a 10-minute walk of the ground having fewer than 50 spaces combined.

Those looking to drive may have more luck with private car parks on Fitzroy Street (immediately south of the ground) or St Kilda Road (due east).

Tram: Melbourne has the world’s largest tram network, with the Junction Oval enjoying links to all parts of the city from the nearby Princes Street/Fitzroy Street tram stop.

Located just 300m from the oval itself, the stop offers regular services on the 3, 3a and 16 routes from the city centre and Melbourne University. Additionally, St Kilda Junction can be used for the 16 and 64 routes.

Journeys from either Melbourne Central or Flinders Street train stations take approximately 20 to 30 minutes, though the St Kilda area is not included in the city’s free tram zone.

To plan your trip and get the latest travel information, click here.

Classic, over-sized burgers, located just the other side of the Albert Park complex

A “treasured institution” of the St Kilda region, with all-day breakfast options and plentiful transport links

Seafood to house-made pasta. Bring your own booze.

Take a tour of the iconic stadium

The home of the Australian Open

A cafe, bar and even roastery with a flagship Fitzroy Street blend

On site in various forms since 1857, this cocktail bar was once the centre of Melbourne’s punk scene

The “Grand Old Lady” is a sports bar with live jazz on Tuesday and Thursday evenings, and a strong association with the AFL’s Sydney Swans

Legendary heavyweight “Smokin’” Joe Frazier claimed the 32nd and final win of his boxing career at the Junction Oval in March 1975, toppling compatriot Jimmy Ellis in the ninth round before facing Muhammad Ali in Manila later in the year.