New Zealand's batting allrounder was considered to be a weak link before the game but hit Dale Steyn for six off the penultimate ball of the innings to seal the Black Caps' place in the 2015 World Cup final. 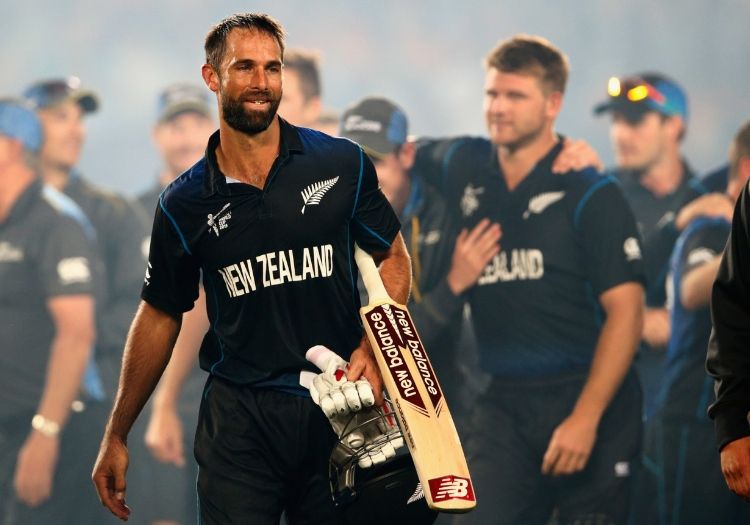 It turned out to be Australia who became the eventual victors of the tournament, but few moments in World Cup history have captured the drama, thrill and despair in just six balls of play like the semi-final between New Zealand and South Africa four years ago in Auckland.

Neither side had made a World Cup final previously, but it was Grant Elliott, who made 84 not out and held his nerve to dispatch Dale Steyn over wide long-on off the penultimate ball of the match to seal New Zealand’s passage through to the final in Melbourne.

Rain was the initial concern in the affair and it eventually took its toll, forcing the game to be reduced to 43 overs-a-side.

But that failed to prevent Faf du Plessis’ 82, AB de Villiers’ unbeaten 65 and David Miller’s ferocious 18-ball score of 49 from seeing the Proteas post 281-5 and set the Black Caps, under the Duckworth Lewis method, 298 to win or 297 to draw, with both results taking the home side through.

New Zealand however had power of their own, first through their dependable captain Brendon McCullum’s 59 from 26 balls to kickstart the chase before a fifth-wicket partnership of 103 between Grant Elliott and Corey Anderson seeing New Zealand wrestle back control of the semi-final from the Proteas’ claws.

But too often South Africa have carried around the reputation of coming up short when the situation demands cool, collected heads, and once again that tag came back to haunt them. 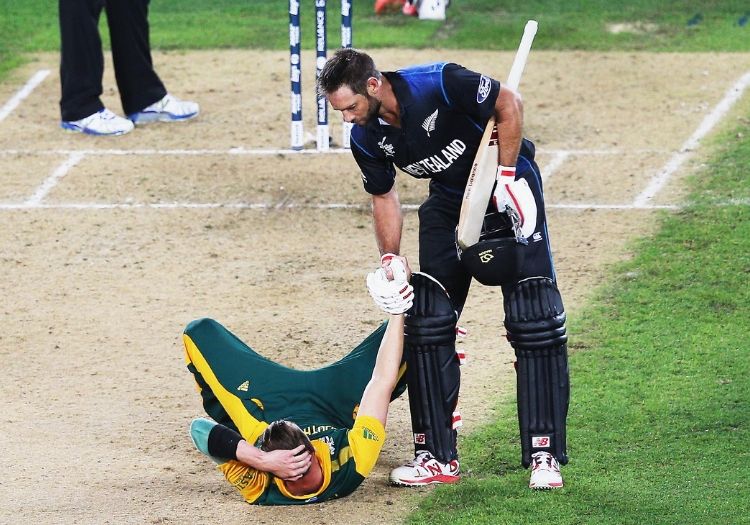 Their first mistake came from the coolest customer of all, when captain AB de Villiers stumbled over the stumps and fumbled the chance to run out Anderson, stranded mid-pitch, on 33.

Then came Elliott’s moment to breathe a sigh of relief, as neither JP Duminy nor 12th man Farhaan Behardien could scamper round to deep square leg to take a catch from his skied shot.

But South Africa still had Steyn in their locker for the final over. Mr Reliable, who took 5-50 against India at the 2011 edition of the tournament in the hosts’ only defeat of their victorious campaign.

Steyn had also demonstrated his match-winning capacity against New Zealand in the World T20 a year previous, securing a two-run win for his side against the Black Caps when defending just seven off the final over.

However, with 11 runs to defend this time around, that ruthless Steyn had so far been missing, largely due to hamstring complaints which had thrown him off his line and length, conceding 65 runs off his eight overs before he was drafted in to bowl the final over of the innings.

So what about Grant Elliott? Well, New Zealand needed to get him on strike first, but his legs were in fine tune as he scampered through for a bye after Daniel Vettori swung and missed Steyn’s slower ball.

A ball later Elliott was back off strike, drilling a full toss on the bounce to Miller, and Kiwi hopes were slowly fading. That was until stalwart Vettori backed away and squeezed a yorker to the left of Morne Morkel at third man for four. Six to win, five to tie. 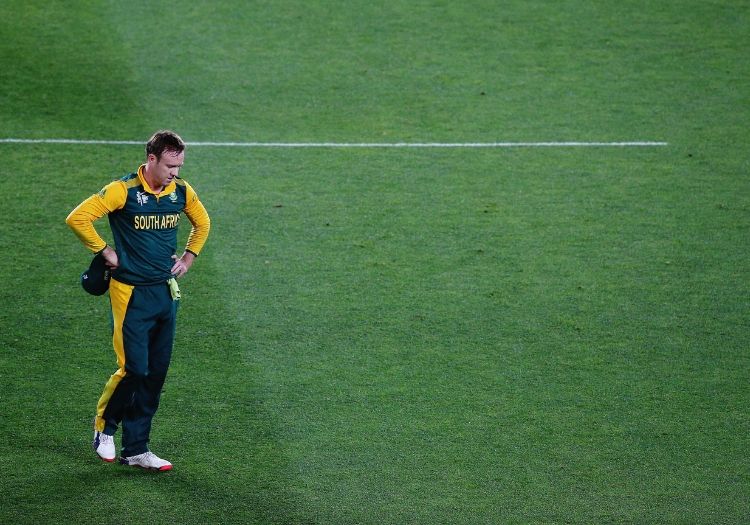 AB de Villiers' side fell at the semi-final hurdle

Then came Grant Elliott, unbeaten on 78, and his moment to shine. Would he look to finish it in one ball after regaining strike through another bye, or would he steal an idea from the MS Dhoni school of thought and take it to the final ball?

The answer was the former and the rapturous 40,000 crowd rose to their feet to celebrate a maiden World Cup final appearance as they took in the emotions of a truly pulsating semi-final.

However, on the opposite face of the coin were pictures which tugged at the heartstrings, with de Villiers doing his best to hold back tears as South Africa once again met their match at an ICC event.

The most heart-breaking scene however was of Steyn, who had taken just 11 wickets from eight World Cup matches and had conceded 1-76 here, on his haunches, disconsolate and crestfallen.

There was little to separate the sides, but seizing crucial moments made the difference once again in a match which produced agony and jubilation in such close proximity to one another.