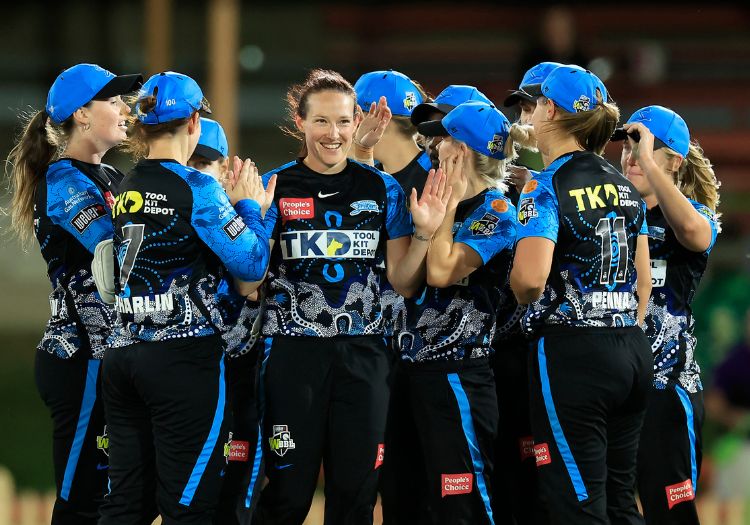 Rachael Haynes' glittering career ended in defeat as the Australian great retired to a guard of honour after Adelaide Strikers beat Sydney Thunder.

It was a significant night for Strikers who usurped Brisbane Heat to finish second in winning by 26 runs to ensure they will sneak directly into – and host – the challenger, one step from the final against Sydney Sixers back at North Sydney Oval.

Megan Schutt, Haynes' long-time Australia teammate, claimed the best figures in Women's Big Bash history in the process, ending with 6 for 19 as Adelaide comfortably defended their total of 144 for 4 against the league's bottom side, who won just once in 14 games.

In a poor campaign for Thunder, Haynes could only bow out with six off 10 balls, before falling to Amanda-Jade Wellington in a Sydney innings that crumbled from 58 for 2 to 118 all out – a collapse of 8 for 60.

Haynes, who announced in September that she would be retiring following the WBBL season, scored 3,818 international runs – 2,585 of which came in ODIs – in 167 matches across all formats. She made her Australia debut in 2009 and struck 98 on her Test debut, the closest she came to a Test century. She captained her country 14 times, filling in for Meg Lanning, including during the 2017/18 Ashes series. 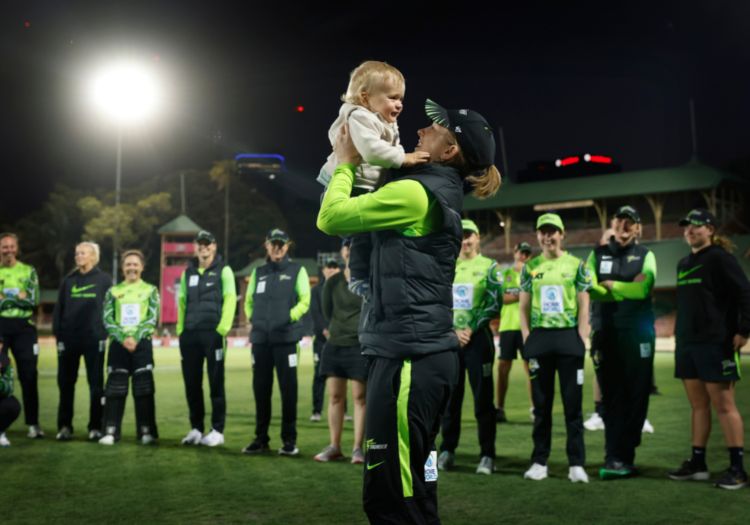 Tammy Beaumont ended her own disappointing season with 37, comfortably top-scoring, but Phoebe Litchfield was Schutt's first wicket – for four – and Amy Jones departed in the last over of the powerplay for just 10.

After Haynes, Beaumont and Olivia Porter fell around the halfway mark, Schutt dismissed Sammy-Jo Johnson, Hannah Darlington and Chloe Tryon in the same over as Thunder limply subsided. Remarkably, Schutt's figures mean that the three best spells in WBBL history all belong to Strikers bowlers, with Wellington having matched her own record earlier this season.

Earlier, Laura Wolvaardt had carried her bat through Strikers' innings for an unbeaten 75, supported by Deandra Dottin's 23 and Madeline Penna's 18, though she struggled through her 27-ball effort. Tahlia McGrath couldn't follow up on her heroics from Friday, when she smashed 93 against Hobart Hurricanes. Instead, she was bowled by Darlington for one.

Strikers, who already knew they had qualified for the playoffs following Perth Scorchers' defeat by Melbourne Renegades, will face the winners of the eliminator between Brisbane Heat and Hobart Hurricanes on November 24.