Melbourne Stars' campaign ended with the abandonment, seven balls short of what would have constituted a game 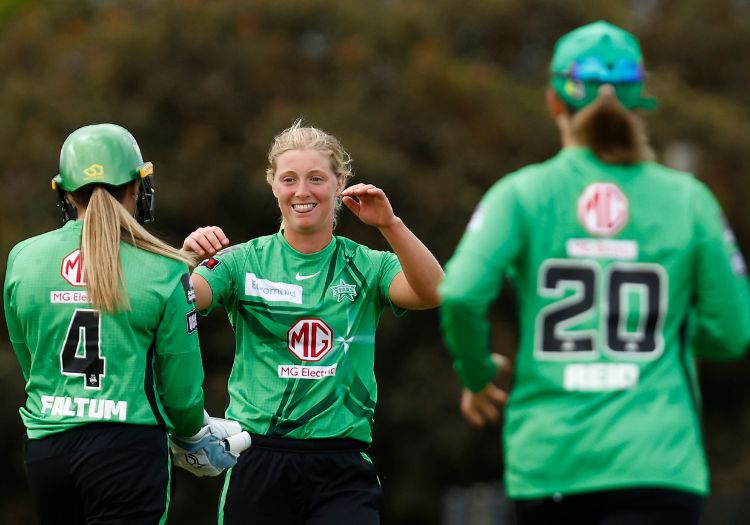 Rain - and an electrical storm - ended Jon Batty's first Women's Big Bash campaign in charge of Melbourne Stars and has caused Brisbane Heat to be usurped in second spot by Adelaide Strikers.

Heat will now have to face Hobart Hurricanes in the eliminator on November 23, with Strikers lying in wait to face the winners of that game in the challenger a day later.

Brisbane might count themselves unfortunate, having sat in the top two for much of the campaign, as they suffered their first washout at an inopportune moment. Adelaide's net run rate – superior by 0.114 – was enough to sneak them ahead.

Earlier, Danni Wyatt had crashed 52 off 24 balls in an innings that saw no other Brisbane batter pass 13. Quickfire cameos from Amelia Kerr (10*) and Jess Jonassen (11*) did at least take their side to three figures after Wyatt was bowled by Sophie Day. 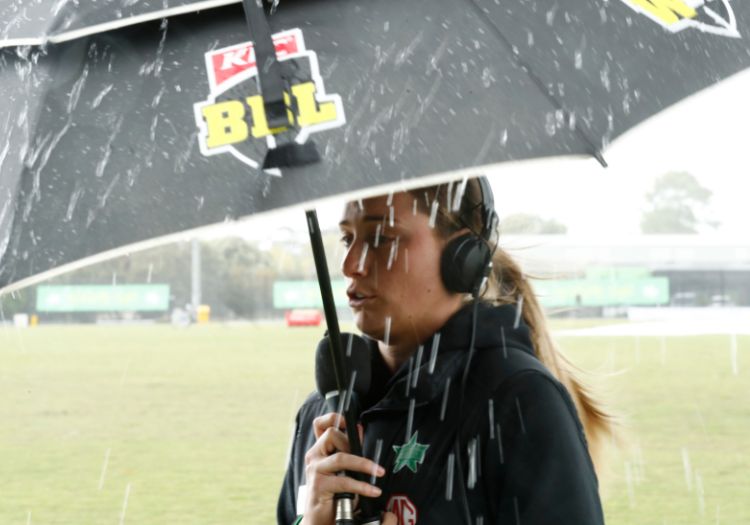 Melbourne Stars were frustrated by the rain (Darrian Traynor/Getty Images)

Stars were left frustrated in response, ruing a game lost to rain for the third time this season. Together with the withdrawal of Meg Lanning ahead of the tournament, Jemimah Rodrigues' limited availability and Tess Flintoff's shoulder injury, plenty has gone against Batty's team.

But Lauren Winfield-Hill and Sophie Reid, recently promoted to the top of the order to good effect, got their team off to a flyer with an opening partnership of 49, going at a staggering 12.48 an over before Kerr made the first breakthrough and rain ended proceedings seven deliveries short of a game.

Heat, meanwhile, continue to sweat on the fitness of Georgia Redmayne, who before her injury was the competition's leading run-scorer.