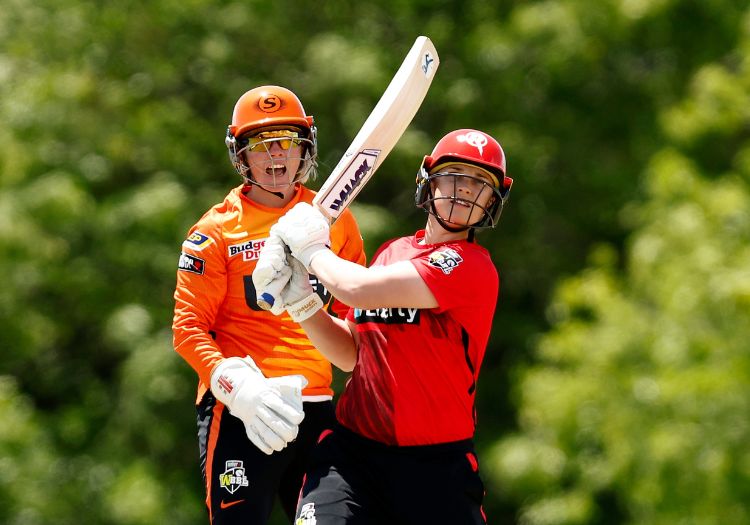 Melbourne Renegades edged past Perth Scorchers by six wickets in a rain-affected contest to end Scorchers' title defence before the knockout phase.

Erica Kershaw made the difference with the bat as she smashed 34 off 18 balls to win the game after the Renegades had found themselves at 15 for 4 in the fourth over of an eight-over run-chase after rain had affected proceedings in Moe.

Scorchers innings stuttered along after the competition's leading run-scorer, Beth Mooney, fell for a first-ball duck.

Rain curtailed the Scorchers innings after eight overs which had already been reduced to 16 overs before a ball had been bowled.

Renegades managed to restrict Sophie Devine (24 off 22) and Marizanne Kapp (13 off 12), who both struggled for fluency, and when the rain came, their total was adjusted from 46 to a chase of 57. 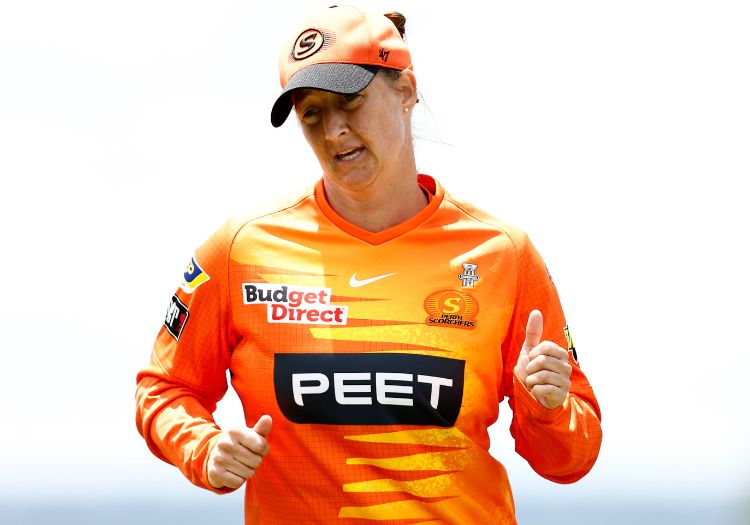 That made Renegades heavy favourites despite their poor campaign doomed from the start by a lack of batting firepower. But when Lily Mills removed Hayley Matthews (2), Chamari Athapaththu (0) and Courtney Webb (10) in her opening two-over burst and Alana King got Josephine Dooley (3), Scorchers would have felt their tournament was still alive.

Enter Kershaw, who dominated the fifth-wicket partnership with Carly Leeson worth 43 off 25 balls.

She hit the winning runs off Kapp in the eighth over to give Renegades their fourth win of disappointing campaign, in which they saved themselves from the wooden spoon. For the reigning champions, however, there was no such consolation.