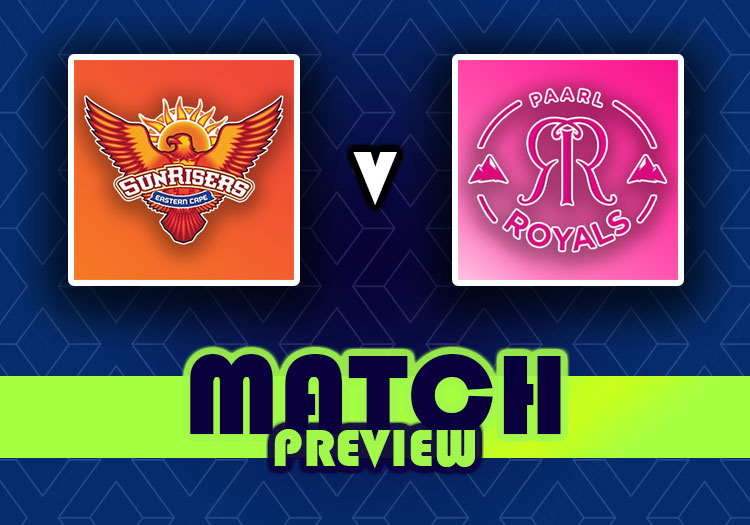 Sunrisers Eastern Cape host Paarl Royals in the next match of the SA20 in 2023.

The game will be staged at St George's Park in Gqeberha.

Sunrisers Eastern Cape have only lost one of their last five matches in the SA20, having been beaten in each of their first two.

They won the corresponding fixture between these two sides by five wickets at Boland Park earlier in the campaign.

Paarl Royals are the Mr Inconsistent of the SA20. The Royals have won three times out of seven, and have yet to put together back-to-back victories.

They come into this clash having beaten Pretoria Capitals in handsome fashion over the weekend.

With the bat, Paarl's Jos Buttler tops the run-scoring charts with 234, though he has accumulated the runs at a relatively sedate 121 - not helped by a pitch at Boland Park which has not suited free-flowing batting.

Sunrisers have shared the runs around this season: illustrated by the fact that six batsmen have scored more than 100 over the course of the campaign. Aiden Markram sits atop the list with 185 at a strike rate of 122.

With the ball, Roelof van der Merwe has been an integral cog for Sunrisers. He has 12 wickets in the competition, including 6 for 20 in a romp against Durban Super Kings recently. 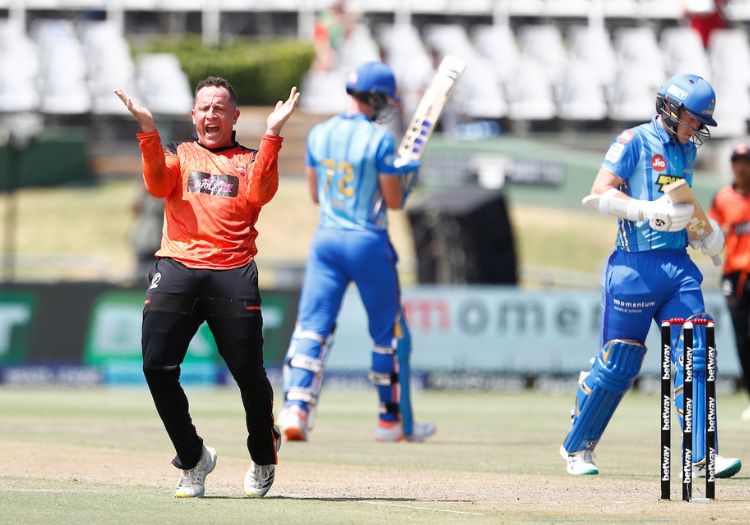 Buttler vs van der Merwe. The two in-form players on either side go head to head. If Buttler takes down van der Merwe through the middle overs, Sunrisers will have to change gameplan. There are bowlers in reserve, but the Dutch international has been so important to them of late.

In fact, Buttler vs the rest is just as crucial. If the England captain gets away in the powerplay, at a ground where runs can come quickly with short boundaries, it could be a long afternoon for the hosts.

Overcast, with highs of 24 degrees Celsius.

Don't expect to see much by way of changes from either side after their respective excellent results in their most recent fixtures. There is no Tom Abell for Sunrisers. 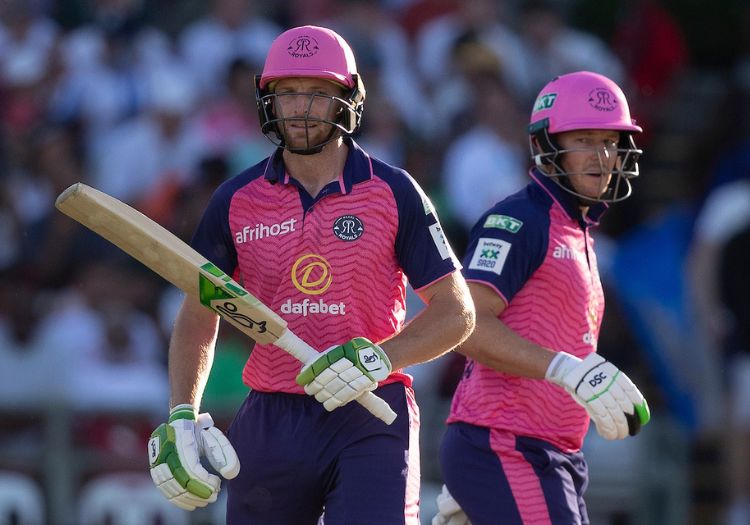 Sunrisers Eastern Cape are the 5/4 outsiders with Betway, who make Paarl Royals 4/7 favourites.

This is a tough one to call, but we're going to plump for Paarl to take down the Sunrisers.

Sky Sports has the UK rights to SA20 matches for five years, and the games will be spread across Sky Sports Main Event, Sky Sports Cricket and Sky Sports Mix.

In India, Sports18 and Jio Cinema will broadcast and stream all the matches.

SuperSport will carry the games to South Africa and the rest of sub-Saharan Africa.

In Australia, you'll need to go to Foxtel for full coverage.

The Cricketer will carry match reports from every game.