Off the long run: Batter or batsman – let's celebrate change 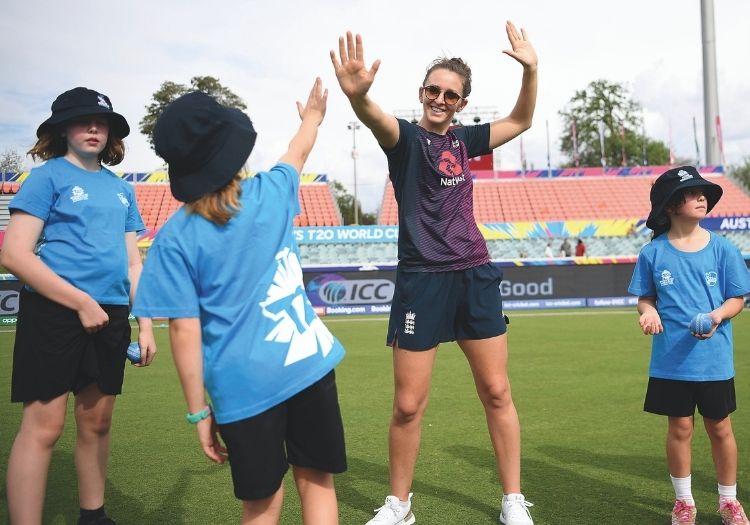 KATE CROSS: As an international cricketer I still have to put an order in for 'small men's' gloves and pads. Maybe there hasn't been the market yet

How do you gender-neutralise a sport that has historical roots dating all the way back to the 16th century? A sport where any terminology which is gender-based is male-orientated; batsman, third man and so on. A sport which is notorious for being ‘the gentlemen’s game’.

Surely the first place to start would be with the language we use within it. That seems logical to me, anyway. And yet, when I logged into Twitter to find ESPNcricinfo were changing ‘batsman’ to ‘batter’ I saw a lot of defensive responses: “What crazy logic is this? It’s just a word.”

It is just a word, of course. But it is a word which could potentially put a young girl off the sport because she feels like the door isn’t open for her. Surely we want our sport to be the most welcoming for every single person.

I grew up playing cricket in a boys’ team and I can tell you, the only thing I ever wanted was to feel accepted, and not stand out like a sore thumb because I was the only player with a ponytail sticking out of my cap.

I commend those people who are looking to gender-neutralise our sport and make it a game to be enjoyed by everyone and anyone.

Boundary view: Bedrocks of the game

Let’s not forget, after all, that women have actually pioneered the game of cricket. We invented overarm bowling. If Christiana Willes had not kept getting her arm caught in her skirt while she bowled underarm, we might not be able to sit today and enjoy the 95mph-plus of Jofra Archer, or the magic of James Anderson’s ability to swing the ball. Gender-neutral terminology doesn’t seem a lot to ask, does it?

Once we have got the language ticked off, you can then look at what is worn. I know everyone gets their older siblings’ hand-me-downs. I was no exception; having to shave the handles off my older brother’s bats so that I could pick it up more comfortably. But, as an international cricketer I still have to put an order in for ‘small men’s’ gloves and pads.

Maybe there hasn’t been the market for women’s fit kit yet. I know a few companies, such as New Balance, are marketing a range of equipment aimed more at women and youths due to the lightweight nature of it. But I have no doubt that the market will change soon, with the likes of The Hundred making female cricketers a lot more visible.

I could argue that The Hundred is actually going to be a pivotal moment for our sport and for neutralising gender. For young kids (girls and boys) to see a competition where the women start with equal opportunity to their male counterparts is going to be such a strong statement and one that cannot be undervalued because of the format of the match.

Nobody likes change, that’s pretty obvious. But maybe instead of opposing change which encourages a better future for the female side of our sport, we can try to celebrate it. To encourage a young girl to take up an incredible sport makes a lot more sense to me than fighting a language change. Shifting perceptions is always going to be difficult, especially when we have not even had 10 years of being a professional sport. But sometimes the smallest steps can make the biggest impact.