Boundary view: Bedrocks of the game 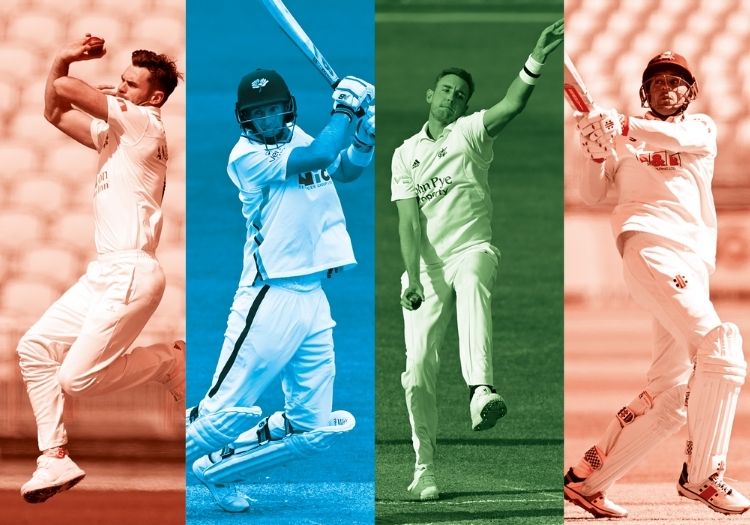 TANYA ALDRED: Central contracts may not just have increased players' longevity for the Test arena, but for county cricket too

At Old Trafford, James Anderson was landing the ball on a cherry pip. In he cantered from the Brian Statham End, towards an empty pavilion, low knees, finely oiled, pendulum-tock reliable. One, two, three, four, five balls was all it took before he persuaded Marnus Labuschagne to tickle into the happy gloves of Dane Vilas.

A plan had come together. In a big interview earlier that week, Anderson told The Guardian that he had never bowled to Australia’s No.3 Labuschagne, currently playing for Glamorgan, and was looking forward to the challenge.

Like Andrew Flintoff before him, Anderson just loves playing for Lancashire. He’s in his 23rd season – the Burnley Express is a one-club boy – and as loyal as the rose is red.

Asked in that same interview if he would try to emulate Glen Chapple and bowl for Lancashire into his 40s, he said: “If I’m not playing for England, then yes. I’ve spoken to the guys here and told them I want to play or be involved in some capacity. I love the club. If I retire [from England] or am moved on, and if I still have enough in the legs, then definitely.”

Over on the other side of the Pennines, Joe Root has been flexing his front foot for Yorkshire, making a century against Kent in an otherwise patchwork spring and 99 versus Glamorgan. He also bowled the ball that took his younger brother Billy to a hundred for the Welsh county. As a snowstorm stopped play at Headingley in early April, he still bubbled with boyish enthusiasm. Why? A deep affection. “It’s the bedrock of our game,” he told the BBC’s Kevin Howells.

At Trent Bridge, Stuart Broad has been steaming off the grass with the new ball, helping Nottinghamshire to their first win in first-class cricket for 1,043 days. “Stuart has been running in... like it’s been a Test match,” said his ecstatic captain Steven Mullaney after the 310-run victory over Derbyshire. In the thrashing of Essex that followed the casting off of the shackles, Broad had a prodding Sir Alastair Cook caught behind for 3.

The inside track: Smith can leave with head held high

Cook has experienced an up-and-down April and May, a hundred on the pitch at New Road that has welcomed batsmen with open arms and an array of luxurious new sun-loungers, but less success elsewhere. Though there have again been flashes of the new expansive Cook who drove through the covers with such a devilish air in the Bob Willis Trophy final last autumn.

What treats for Championship devotees to have these England greats – the country’s highest Test wicket-taker, the Test captain, the England bowler with the second-highest number of Test wickets and the man with the most Test runs – not only playing county cricket, but enjoying it. How magical too for their team-mates and the young boys making their way who, through the quirks of the new conference system, have a chance of playing against them no matter how lowly their club’s fortunes in 2019.

The long shadow of Covid has prevented fans getting to the grounds in these early rounds, but the viewing figures from the streams have been mouth-watering. Roughly 700,000 people have engaged with the county streams per round and, gallingly for Labuschagne, there have been more than 155,000 – and counting – views of a clip of his dismissal by Anderson put out by Lancashire on Twitter.

It might just be that the much-cursed central contracts (by some), which pull Test cricketers away from their county commitments in order to rest them for the international game, have increased their longevity in county cricket too. By chucking into the dustbin of history those days when tired bowlers went straight from a Championship game to a Test and back again, it has removed the grindstone.

As the Telegraph’s Tim Wigmore has pointed out, there is an instructive comparison to be made between Darren Gough, who played 248 first-class games, only 58 of them for England, retiring from Test cricket aged 32 as his body “was in bits”, and Anderson. Anderson has played 258 first-class games, 160 of them Tests for England. Yes, he has played fewer games for his club, but he has been able to enjoy the experience a lot more – and, at the grand old age of 38, is still bursting for the new ball on a Gradgrind-grey Manchester Thursday.

Don’t forget to enter The Cricketer’s Greenest Cricket Ground competition. Just tell us, in 600 words or less, why your club should win – from building bird boxes to installing solar panels – and send your entry to magazine@thecricketer.com. Entries close at 5pm on July 15