He threw a banana and said: 'Climb for it, you f***ing monkey': Maurice Chambers recalls racism in county cricket

EXCLUSIVE - GEORGE DOBELL: Over a 10-year period, Chambers became used to one senior teammate offering him bananas in a mocking manner and a senior member of the coaching staff reading out racist jokes in the dressing room 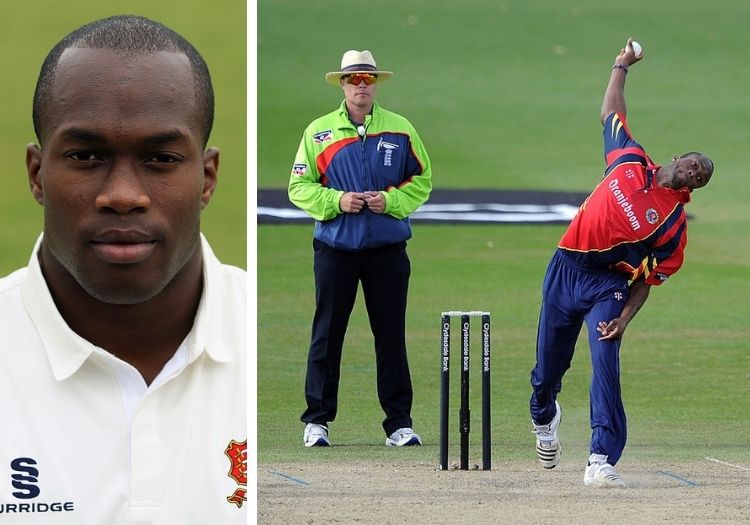 Maurice Chambers was so upset by the racist bullying he experienced at Essex that he used to go home and cry after matches.

Chambers, a Jamaica-born seamer, has told The Cricketer he had never experienced racism before playing for the club but, over a 10-year period, became used to one senior teammate offering him bananas in a mocking manner and a senior member of the coaching staff reading out racist jokes in the dressing room.

On one occasion, a colleague called him a “f***ing monkey.”

While The Cricketer has made the decision not to name the individuals accused of such behaviour, their details have been passed to the ECB and Essex for further investigation. None of them are currently connected with the club.

Perhaps the most egregious example of the racism Chambers suffered came when he was sharing a house for a few weeks with another player.

“We had a team night out in Chelmsford,” Chambers tells The Cricketer. “The other player got pretty drunk. When I got home, he threw a banana down the stairs and said: ‘Climb for it, you f***ing monkey.’

“I mentioned the incident to my mum and she reported it. The other player was forced to apologise to me but I still had to live with him for a while longer.

“Apart from that time, I never reported anything. I was always worried about being seen as a troublemaker. I didn’t want to do anything to either risk a new contract or isolating myself further.” 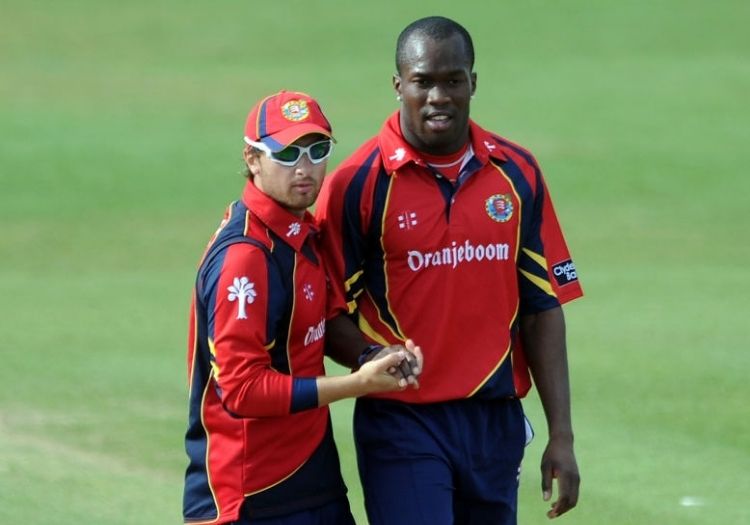 Maurice Chambers has told The Cricketer about his experiences at Essex

In another incident, Chambers recalls fumbling a ball during fielding practice. Another player, who was also of African-Caribbean heritage, fumbled the next ball, leading to the coach shouting: ‘Is this a black thing?’

“Several of the other players laughed,” Chambers says. “We didn’t find it funny at all.

“The same coach used to read out racist jokes on his phone in the dressing room. It would have been nice if some of my teammates had intervened to say ‘this isn’t right’, but it never happened.

“On several other occasions, a senior player would ask me if I wanted a banana. He would do it with a sly smile, like he was trying to rile me. When I became upset, he would turn to the coach and say ‘hey, I’m only offering him some fruit.’ The coach would laugh.

“It was humiliating. It was isolating. I never told anyone, but I would go home at the end of the day and cry. It made me very unhappy.

“The first time I ever experienced anything that made me uncomfortable was when I was playing for the age-group teams. I would have been about 15. Someone turned out all the lights in the dressing room and they were like ‘we can’t see you.’ I don’t know if I thought of it as racist at the time – I’d never experienced racism before - but I knew I didn’t like being made to feel different.”

Essex chief executive John Stephenson said in a statement: “The allegations reported today, involving Essex and another club, make distressing reading. Everything which has been reported will be taken very seriously and investigated thoroughly.”

Although he experienced no such issues in a short stint at Warwickshire or when he played for England Lions, he did endure further trouble when he moved to Northamptonshire.

“We were travelling to an away game once and I was sitting three or four rows from the back of the bus,” Chambers recalls. “There was a guy on the backseat of the coach listening to rap music on headphones. He was singing along to the words and it included repeated use of the ‘N’ word.

“He must have seen me looking at him, because he asked: ‘You’re okay with this, aren’t you mate?’

“I didn’t reply. I just put my headphones back on.

The player in question, whom The Cricketer has chosen not to identify, is no longer connected to the club.

“I never liked him, to be honest,” Chambers says. “He was a bully. One on occasion, when I was 12th man, he made a point of shouting at me because I had a headphone in while watching the game. Even the captain was like: ‘What’s his problem?’ 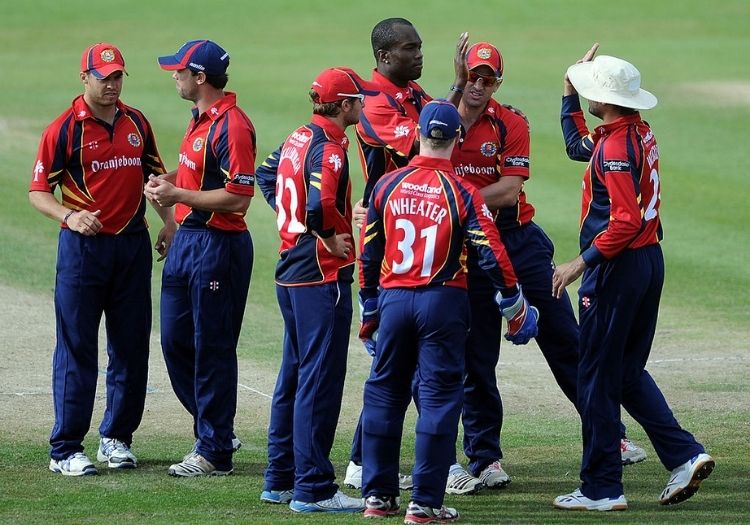 “That’s why it feels so important to speak now. I’ve been inspired by the example of Azeem Rafiq and I want other players to have the courage to speak up and share their experiences. Only by letting people know about the things that have being going on can we bring about change. I don’t want any money, or anything like that. I just don’t want anyone to go through what I did. I think we need to have a zero tolerance attitude to racism.”

Maurice Chambers neither requested nor received any form of remuneration for this interview.

A Northamptonshire statement read: “Racism is the antithesis of what Northamptonshire County Cricket Club stands for.  The club is proud to have welcomed cricketers from many different nations, communities and traditions over many years and will continue to do so.

“The club is disappointed to hear of Maurice's experience and this clearly goes against the expectation we hold for all Northamptonshire players and staff.

“We welcome the opportunity to talk directly with Maurice and any past player about their time with Northamptonshire and encourage them to reach out.”

An ECB spokesperson said: “The ECB is appalled by the behaviour that Maurice Chambers has described, of which no person should ever have to endure. There is absolutely no room for racism in cricket.

“We are sorry that Maurice has only been able to feel comfortable to speak out after his playing career had ended and as a game we must ensure that can not prevail. We will be investigating this alongside the other allegations at Essex and applaud Maurice for his bravery in coming forward.”

Essex CEO Stephenson's full statement read: “I am extremely disappointed to hear of further historic racial allegations from a former player about two of his teammates and an ex-member of staff, none of whom are currently involved with the club in any capacity.

“The allegations reported today, involving Essex and another club, make distressing reading. Everything which has been reported will be taken very seriously and investigated thoroughly.

“After learning of the allegations last night, I instantly contacted the former player to offer the club’s full support. He has shown immense bravery in coming forward and in speaking with us about the incidents he describes. I appreciate how difficult this must be for him.

“The club will rigorously investigate all allegations while we have also referred this matter to the ECB. As the new chief executive of Essex Cricket, I am determined to listen to all allegations and to work to eliminate any behaviour which tarnishes the game I love.

“When I became chief executive, six weeks ago, I committed myself to upholding the club’s multicultural and diverse values. Essex Cricket takes pride in working within ethnic diverse communities across the county and surrounding areas. No one at the club will stand for any form of discrimination.

“The only way we are going to progress, not only in cricket, but in society in general, is if people who have suffered abuse or discrimination feel comfortable enough to speak out and share their experiences. I want to create an environment in which former players, staff members or anyone associated with the club who has experienced any form of discrimination can come forward and confide in us, either in person or anonymously.”