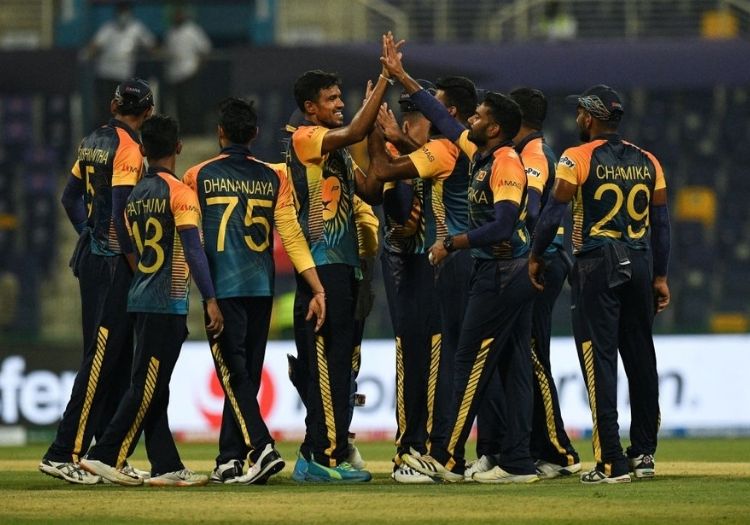 Sri Lanka booked their place in the Super 12 stage of the 2021 T20 World Cup after completing a comfortable 70-run victory over Ireland in Abu Dhabi.

Despite having their top order decimated in the opening two overs, Sri Lanka recovered to post 171 for 7 off their 20 overs thanks to maiden T20I half-centuries for Pathum Nissanka and Wanindu Hasaranga.

Andy Balbirnie top-scored for Ireland, scoring 41 off 39 balls, but his side were no match for Maheesh Theekshana (3 for 17), Lahiru Kumara (2 for 22), Hasaranga (1 for 12) and wicketkeeper Kusal Perera.

Batting first, Sri Lanka’s innings got off to an awful start with three wickets falling inside the opening 10 balls to leave them rocking on 8 for 3.

Perera was the first depart, caught at cover by a magnificent catch from Gareth Delany off the bowling of Paul Stirling, before Josh Little struck twice in two balls to remove Dinesh Chandimal for six and Avishka Fernando for a duck. 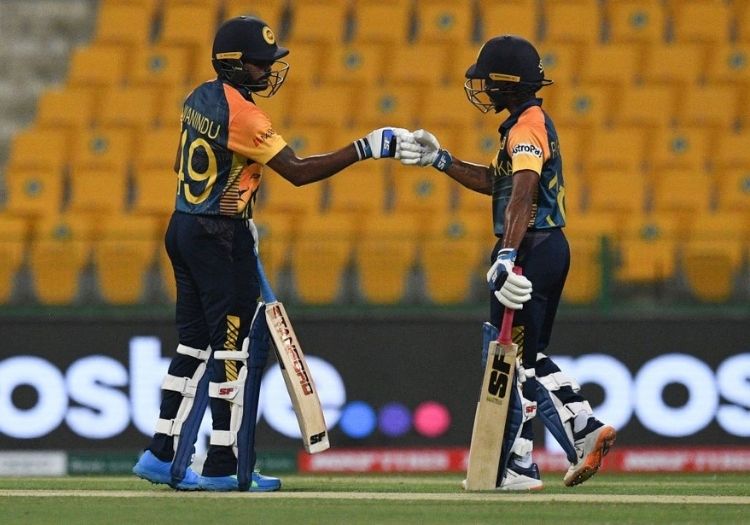 However, young duo Nissanka and Hasaranga put on a partnership which belied their relative inexperience, scoring 123 runs off 82 balls – 41 of which came against Simi Singh – to catapult their side beyond the 130-mark.

Hasaranga brought up half-century off 38 balls in the 13th over while Nissanka raised his bat 13 balls later, reaching 50 off 37 deliveries in the 16th over.

However, Hasaranga was removed just one ball later, slicing a slower delivery from Mark Adair into the hands of Craig Young on the edge of the circle to depart for an eye-catching 71 off 47 balls. And with him went Sri Lanka’s hopes of a 190-run total as four wickets fell for just 29 runs.

Bhanuka Rajapaksa was caught in the deep by Harry Tector (bowled Little) while attempting an audacious maximum to the longest side of the ground, Nissanka edged a wide delivery from Little through to keeper Neil Rock to depart for 61 (47 balls), and Chamika Karunaratne was bowled by Adair for just two runs, becoming the Irishman’s 50th T20I wicket in the process.

But captain Dasun Shanaka ensured Sri Lanka’s innings finished with a bang and not a whimper, dispatching the last two balls for a 100-metre six and a four. Little finished with career-best figures of 4 for 23.

Skipper Balbirnie and allrounder Curtis Campher attempted to rebuild, putting on a 53-run fourth-wicket stand but when Campher was bowled by Theekshana for 24 in the 13th over, it spelled the beginning of the end for Ireland.

Wicketkeeper Perera had a hand in the next two wickets to fall, taking a catch to dismiss Tector for three off the bowling of Kumara and stumping Rock for one. Dushmantha Chameera then ran out Adair for two and Kumara had Balbirnie caught at backward point as Ireland lost five wickets for just nine runs to slip to 94 for 8 in the 16th over.

Chameera picked up a wicket to go with his runout in the 18th over, removing Craig Young for one, before Karunaratne brought the game to a close with nine balls to spare, bowling Little for one as Ireland were all out for 101.