Why I love cricket: Nicholas Parsons on bowling out Dennis Lillee, leading the Lord's Taverners and cricket in Corfu

The broadcasting icon, who passed away this morning at the age of 96 after a short illness, shared his lifelong passion for cricket with JAMES COYNE for The Cricketer's June 2017 issue 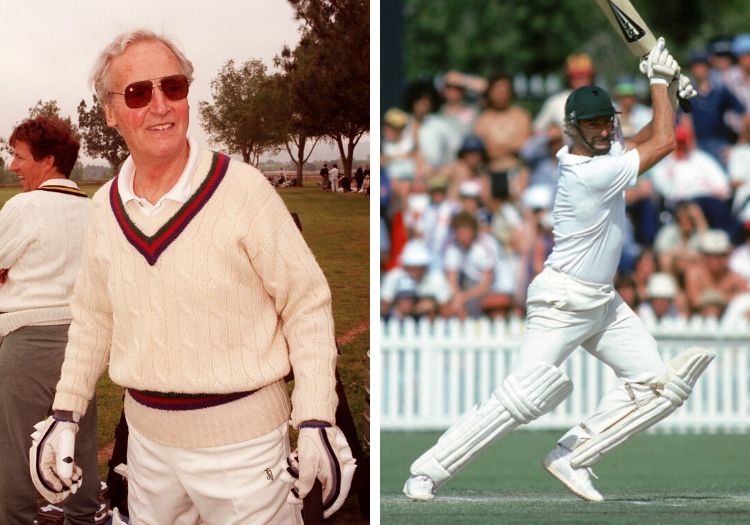 I wasn't a particularly good cricketer at school. But I was awarded my colours for cricket, and my love of the game grew from there. I was probably a better rugger player. I actually had an international trial for Scotland when I was studying engineering at the University of Glasgow. But cricket was the game I had fallen in love with.

Surrey were my county. When I moved down from Grantham to London at the age of eight, I would be taken along to watch Surrey at The Oval, and I would sit in the stands chomping on my sandwiches. I can reel off the Surrey players of the day even now: Andy Sandham, Robert Gregory, Stan Squires, Laurie Fishlock, Tom Barling, Edward Brooks, Eddie Watts, Alf Gover… I remember Alf coming in off his long run. Many years later I went for coaching at his indoor school in Wandsworth, which was a great pleasure and honour.

My favourite player at that time was Fishlock. He went on two Ashes tours either side of the war.

I was actually at The Oval when Don Bradman made his farewell appearance in 1948. I didn't truly appreciate the significance of it at the time. When he came out to bat that day he received just the most incredible acclaim, and my feeling is that it slightly overcame him. This master player, so steely, just dropped his concentration for a few moments, and he got a good ball from Eric Hollies, a googly, which he played around.

It was one of those lovely things that I made my highest score, 67 not out, in a celebrity match at The Oval. I was always a bit of a hitter. I remember the announcer on the PA system reading my score as I walked off. What a moment! 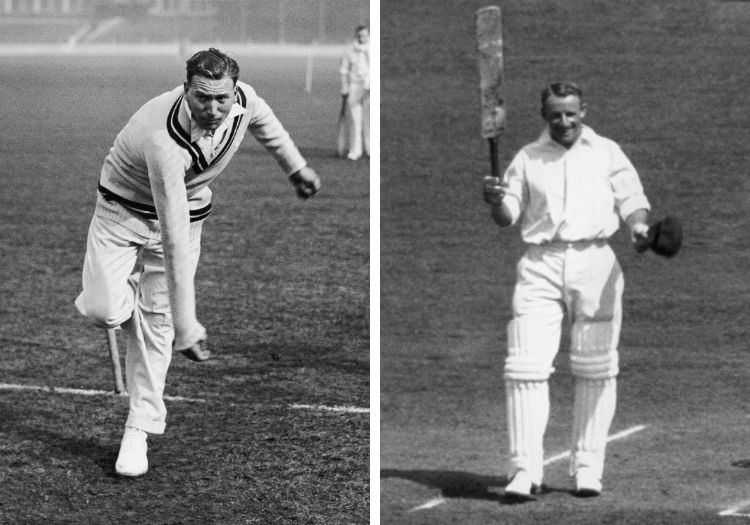 I wasn't much of a bowler, but I would be brought on in charity games and did have the odd success. I once got Dennis Lillee out, and then the next ball I dismissed the sponsor who had organised the game! That wasn't the done thing, and I was half-expecting the umpire to call no-ball, but he didn't!

Being a member of the Lord's Taverners [and president 1998–1999] has given me the incredible opportunity to play alongside great players, some I grew up watching, like Godfrey Evans and Denis Compton.

In 1978 I took a Lord's Taverners side on a tour to Corfu. We had three pros among us – John Price, Jack Robertson and Ken Barrington – and the other eight were celebs, like John Cleese, Roy Kinnear, Willie Rushton and Brian Rix. I was an aspiring documentary filmmaker at the time, so I agreed to make a documentary of the trip, Mad Dogs and Cricketers. We managed to get it into cinemas, and it did quite well. It made a bit of money for the Lord's Taverners. I am quite proud of it. It's on YouTube!

Cricket in Corfu is a relic of British governorship there, and the standard was quite good. [Posters were put up in Greek all over Corfu advertising the match.] I think they must have thought we were the MCC team – because they put on a reception, a parade through Corfu Town, and all these dignitaries from Athens came over to watch. We played a game on The Esplanade, the wonderful open space in the middle of the town.

Price usually batted at No.11 for Middlesex and England, but he opened the batting for us in Corfu. We were losing wickets at the other end, but he stuck around. We chased down the runs right at the end, and John scored his maiden hundred in any cricket. As he came off he asked me nervously, "Did I do the right thing?" I said: "Of course you did!" I did a survey and discovered that John had played more games for the Taverners than any other professional.

I was very sceptical about limited-overs cricket when it first came along. But now I can see what it's done for the game: the excitement of it and the certainty you have over a result.

The Packer crisis really was an embarrassing time. I think a lot of us saw cricket as this great, noble sport, with certain standards of behaviour. And it just seemed all wrong; not quite in the spirit of the game. But it all blew over. Thankfully the players are at least paid a decent wage now. I mean, what they were getting paid before Packer was not right.

In May this year [2017] I'm going back to Corfu with the Lord's Taverners [for a fundraising cricket tour and literary festival]. It will be almost 40 years since I went on that first tour, and I can't wait.

During the summer, when I pick up the newspaper, it's still the cricket scores that I turn to first.

This article was published in the June 2017 edition of The Cricketer - the home of the best cricket analysis and commentary, covering the international, county, women's and amateur game