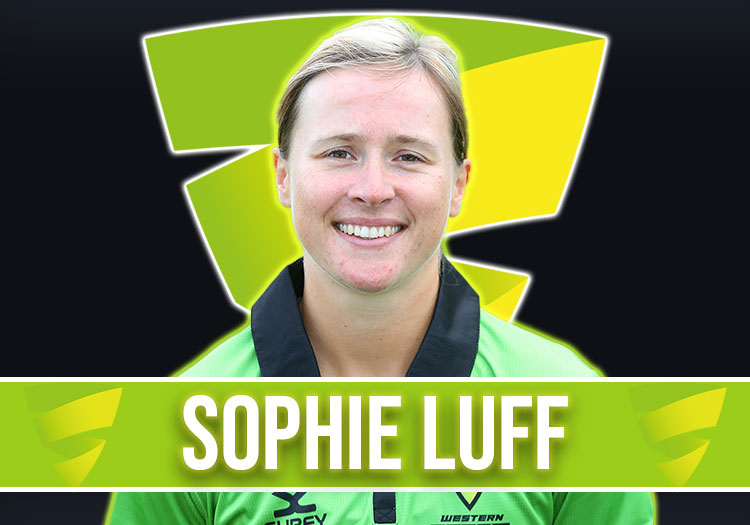 Western Storm captain Sophie Luff has been one of the most consistent players on the county circuit for some time and is finally seeing her performances handed the recognition they deserve.

Storm teammate Heather Knight namechecked her in 2020 when discussing players who might challenge for an international call-up on the back of signing a domestic professional contract.

Born in Lympsham near Weston-super-Mare, she was brought up in a cricketing family, with her father and brother both keen players.

Luff stood out early, however, captaining the boys’ team at her middle school.

That promise translated into a county debut aged 15, as well as appearances for England at age-group and academy level, skippering both sides on occasion.

She studied sport and physical education at Cardiff Metropolitan University, playing under the tutelage of head coach Mark O’Leary, a captain-coach relationship that has resumed at Western Storm.

During the Kia Super League years, Luff was a loyal servant to Storm, winning the competition in 2017 and 2019.

Away from playing the game, she is Somerset’s women and girls’ head coach, as well as working as a Somerset Cricket Board community coach – for which she has previously been named as Schools Coach of the Year by Chance to Shine.