The left-arm spinner was Lancashire Thunder’s leading wicket-taker in the now defunct Kia Super League, with 39 dismissals and an economy of 6.16 in 30 matches 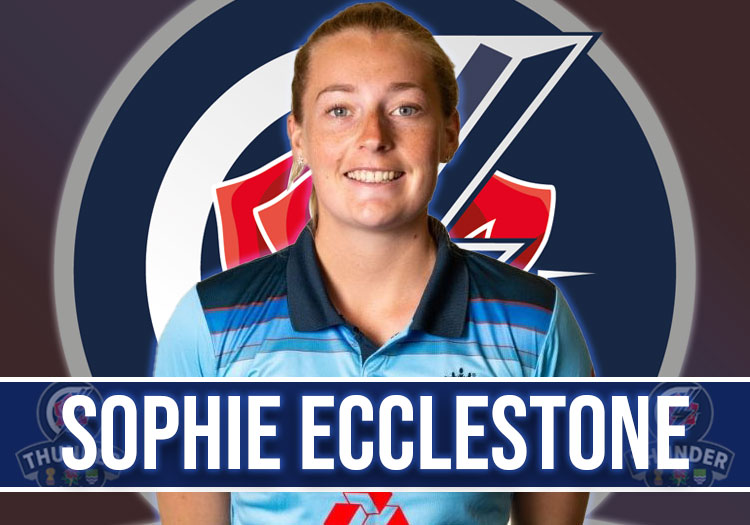 Sophie Ecclestone is among the very best spinners in women’s cricket.

A three-format international for England, she’s already received over 100 caps despite her young age and topped the wicket-taking charts at the 2022 Women’s World Cup, picking up 21 wickets. Shabnim Ismail, in second place, had 14.

She represented Cheshire before making her Lancashire debut against Nottinghamshire in 2015 and is now a Red Rose stalwart.

Ecclestone was Lancashire Thunder’s leading wicket-taker in the now defunct Kia Super League, with 39 dismissals and an economy of 6.16 in 30 matches, and took four wickets in two cameo appearances in the 2020 Rachael Heyhoe Flint Trophy.

Last season, she picked up eight wickets in three Rachael Heyhoe Flint Trophy appearances, including a match-defining contribution against Sunrisers, but was unavailable for the Charlotte Edwards Cup due to her England commitments.

Ecclestone is centrally contracted by the ECB and represents Manchester Originals in The Hundred. Last season, she picked up five wickets in the competition and conceded just a run a ball.