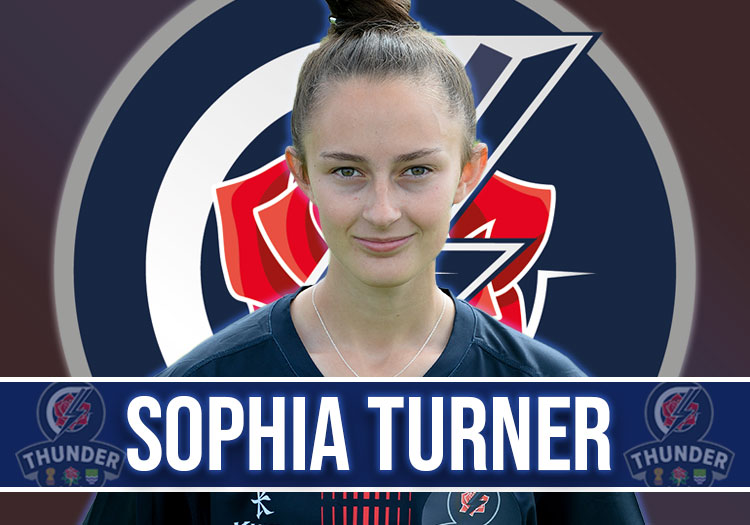 Seam bowler and top-order batter Sophia Turner is one of several players in the Thunder line-up to have come through the ranks at Read CC. She also represents Ribble Valley Vipers and was part of Lancashire's regional development centre over the 2020/21 winter.

She made Thunder debut in 2020, making two appearances in the Rachael Heyhoe Flint Trophy, before the hitting the headline against Northern Diamonds in 2021 after producing figures of 1 for 4 from her four overs.

She finished the 2021 season with eight runs and one wickets from four Charlotte Edwards Cup appearances.