An exciting batting allrounder, Sophia Dunkley made her international debut in 2018 at the World T20 and has since established herself in England's middle order 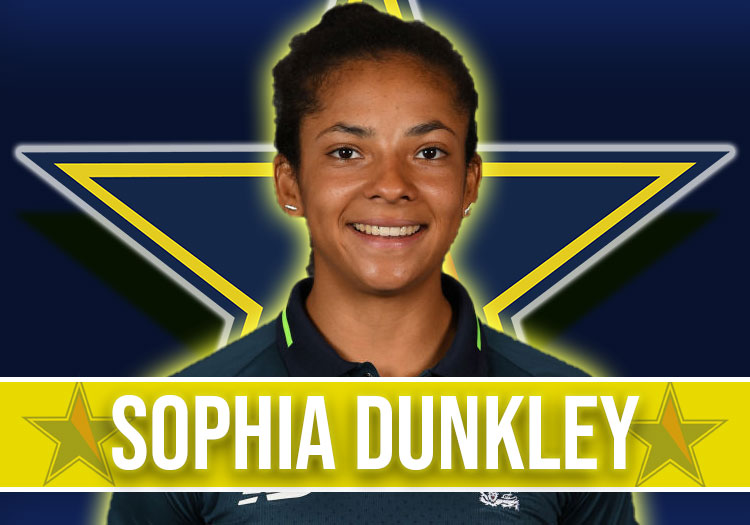 An exciting batting allrounder, Sophia Dunkley made her international debut in 2018 at the World T20 and has since become a linchpin of England's middle order.

Her regional form at the start of the 2021 campaign earned her a spot in the national side's batting lineup, and she took her chance, passing fifty on her Test debut and following it up with a match-winning contribution in her first ODI. At the 2022 World Cup, she was one of England's leading players, scoring consistent runs from No.6.

Performances for the Surrey Stars in the Kia Super League first put Dunkley on England's radar, taking six wickets at 24 and scoring 66 from 43 in her side's title-winning 2018 season.

She has a highest score of 138 made for Middlesex against Worcestershire in the 2018 Championship.

Dunkley starred for Southern Brave for the inaugural season of The Hundred, with only Dane van Niekerk and Jemimah Rodrigues scoring more runs.