Graham began her cricketing journey aged 12 and represented several counties, including Yorkshire and Berkshire, before signing for Diamonds 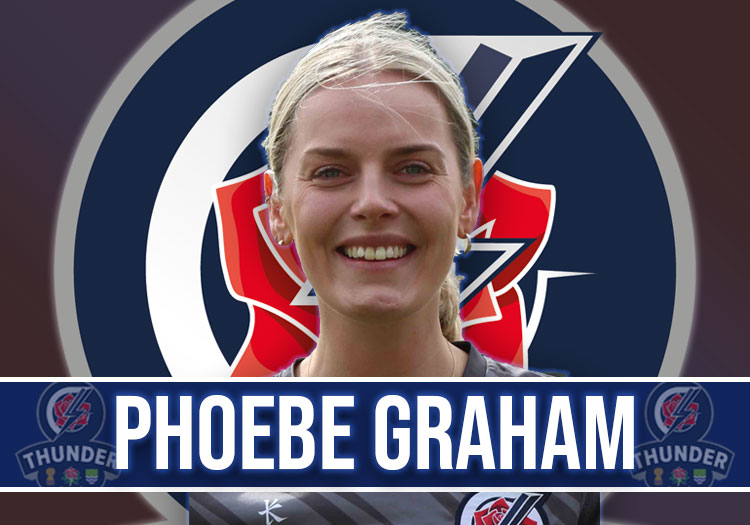 Phoebe Graham began her cricketing journey aged 12 and represented several counties, including Yorkshire and Berkshire, before signing for Northern Diamonds ahead of the 2020 season.

Balancing her playing commitments with her career as a marketing lead at Sky, Graham took two wickets in five matches and appeared in the final of the Rachael Heyhoe Flint Trophy.

She earned a professional contract for the 2021 season and went on to take 10 wickets in all formats and reach a second Rachael Heyhoe Flint Trophy final for Northern Diamonds. She also represented Northern Superchargers in The Hundred.

She moved to Thunder and Manchester Originals for the 2022 season and has hit the ground running in the north-west, taking 13 wickets for Lancashire in the Women's County T20.

Someone who is always up for a challenge, Graham once cycled from Ascot to Italy.