Domestically, the right-hander plays for Kent, and made her senior debut for the county in a T20 against Essex in 2014 aged 16 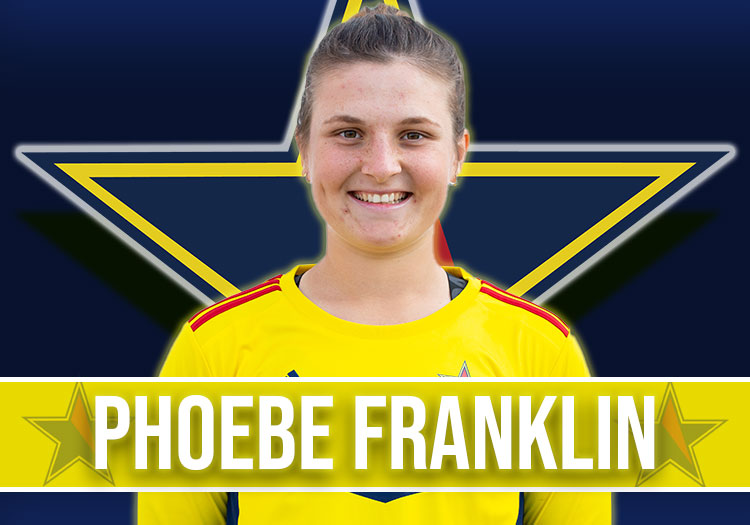 Phoebe Franklin was South East Stars' third-highest run-scorer during their victorious Charlotte Edwards Cup campaign in 2022, though was more of a bit-part player in the Heyhoe Flint Trophy.

Domestically, the right-hander plays for Kent, and made her senior debut for the county in a T20 against Essex in 2014 aged 16.

Franklin was signed by Birmingham Phoenix for The Hundred in 2021 and was used more for her bowling, only coming to the crease once - a defeat by Oval Invincibles.

Primarily a batter, Franklin proved a more than handy seamer in county age-group cricket where she has two four-fors for Kent Under-17s.

She rates the 123 she scored for Hayes against Guildford CC in 2018 in the Women's Southern Premier Division as her best cricketing moment and doing the double with Kent in 2016 as one of her proudest achievements.