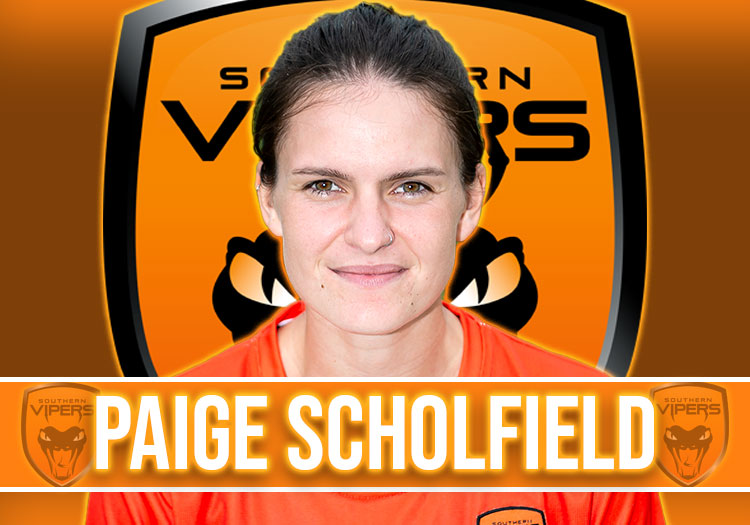 Born in Durban but an alumna of Herne Junior School and Beacon Academy – both in East Sussex – Paige Scholfield then attended Loughborough College, during which time she represented Loughborough in the Kia Super League.

She joined Southern Vipers in 2018 but had previously been part of the Sussex furniture since coming into the system at under-13 level.

The allrounder made her county debut as a 16-year-old against Middlesex, taking 1 for 9 in three overs – a comfortable win in a strong side, featuring Holly Colvin, Georgia Adams, Caroline Atkins, Georgia Elwiss, Alexia Walker and Arran Brindle, decorated by a Sarah Taylor century.

Unsurprisingly, that side won the 2013 County Championship, with Scholfield playing an increasingly important role. Two years later, she was part of the team that won the Twenty20 Cup.

In the inaugural Rachael Heyhoe Flint Trophy, she was an ever-present member of Adams' victorious Vipers team. While she was less involved in 2021 - playing just five out of eight games in retaining their title - she was part of the side that clinched the trophy for the second time in two years at Wantage Road.