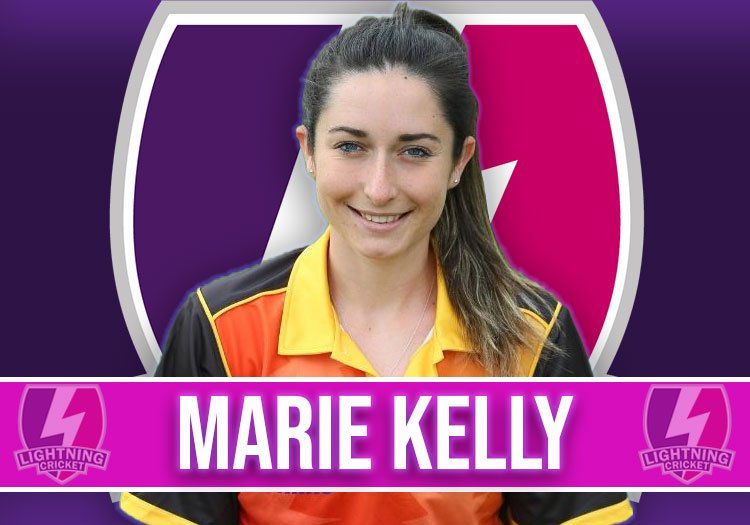 Marie Kelly is Warwickshire born and bred, having represented her county throughout the age groups and captained the Bears to their maiden T20 Cup title in 2019.

However, in 2022, she swapped the West Midlands for the East Midlands after signing for Lightning – whom she previously represented (as Loughborough Lightning) in the KSL.

She scored 223 runs at 55.75 in the 2020 Rachael Heyhoe Flint Trophy before adding a further 182 runs in the competition the following year.

However, it is in T20 cricket that she really made her mark in 2021, blasting a 53-ball century against Southern Vipers.

Her form in the Women's County T20 makes her one of the players to watch in 2022, with the allrounder scoring a 27-ball 60 and a 61-ball 99 with the bat - a demonstration of both her explosivity and grit - and taking wickets with her ambidextrous bowling.

Kelly, a top-order batter, was one of Lightning's six full-time professionals and was also picked to represent Trent Rockets in The Hundred in 2022.