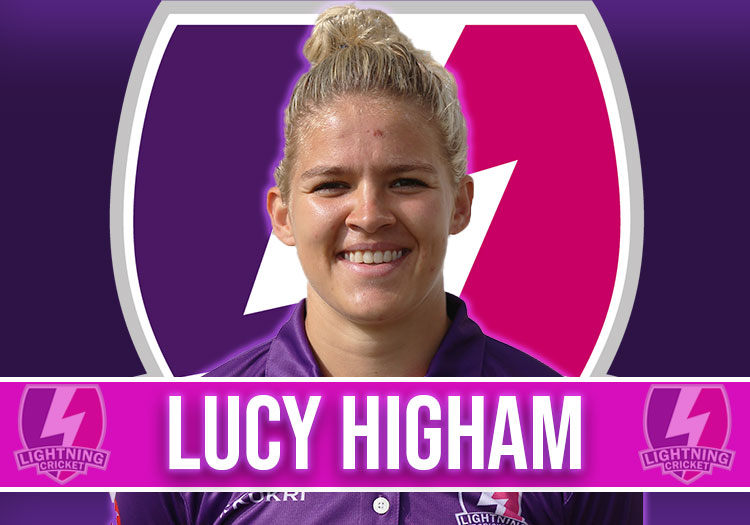 Lucy Higham is one of Lightning's key allrounders, bowling right-arm off spin and batting in the middle order.

Higham played for Loughborough Lightning in the Kia Super League from 2017 before joining the newly formed Lightning in 2020.

She is regarded as one of the best fielders on the domestic circuit and valued by her teammates for her game experience and level headedness.

After contributing 42 runs and eight wickets in the 2020 Rachael Heyhoe Flint Trophy, she added a further 101 runs and five wickets the following season as well as 29 runs and two wickets in four Charlotte Edwards Cup outings.

She also represented Trent Rockets during the inaugural season of The Hundred.

Higham has studied for a master's in strength and conditioning and idolises Jos Buttler. She dreams of representing England.