The left-arm seamer made her international debut as an 18-year-old against Australia in Mumbai, having taken a hat-trick against India A in a warmup match ahead of the series 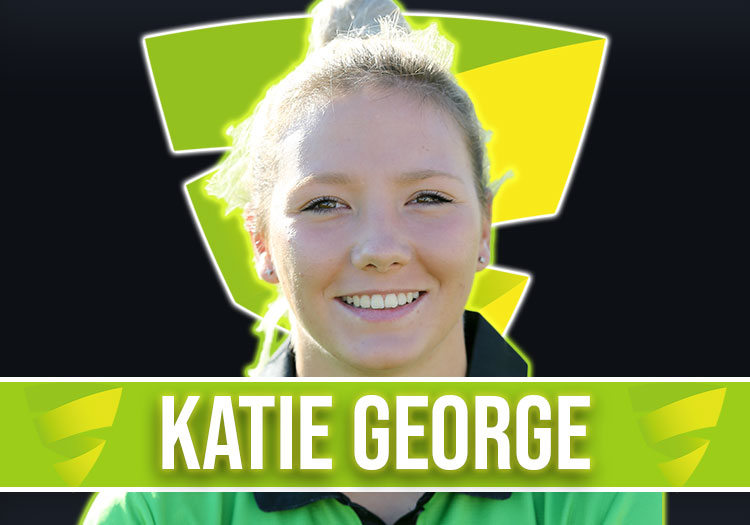 Beset by injuries, there is no doubting the talent that Katie George possesses.

The left-arm seamer made her international debut as an 18-year-old against Australia in Mumbai, having taken a hat-trick against India A in a warmup match ahead of the series.

She has only won six further caps since, however, with back problems halting her progress.

Her promise was initially clear as a 14-year-old at Hampshire, for whom she took two wickets on her County Championship debut – thriving in the pressure of a relegation playoff, which her side won comfortably by five wickets.

She had to wait two seasons for her next appearance, coming in a heavy win over Hertfordshire.

When the Kia Super League began, she joined Southern Vipers and won the inaugural competition, before leaving for Yorkshire Diamonds in 2019.

Growing up, George was introduced to the work of fellow left-armer Wasim Akram by her father, a big cricket fan, and had a choice to make between pursuing a career in cricket or football, in which she represented England at age-group level and played for Portsmouth for two seasons.