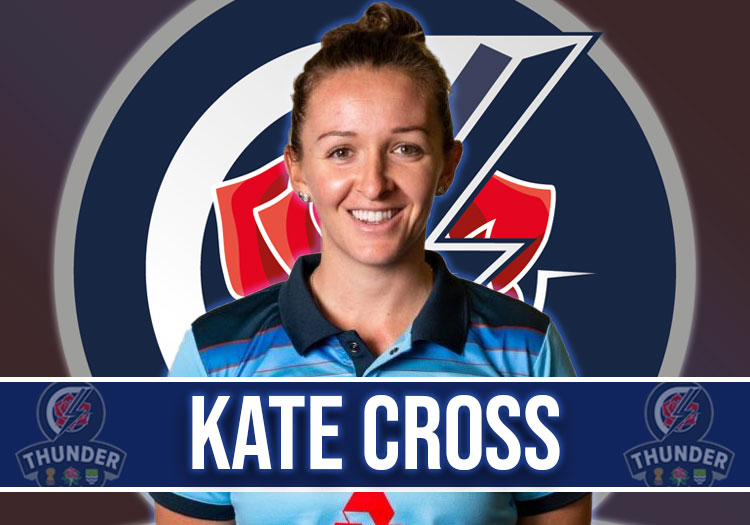 The daughter of 1980 FA Cup winner, David Cross, Kate Cross is a multi-format England international with over 60 caps and a World Cup final appearance to her name.

She made her debut for Lancashire aged just 13 and made history in 2006 when she became the first female to earn an academy contract at the county.

Cross has previously captained Lancashire Thunder in the Kia Super League, played for Brisbane Heat and Perth Scorchers in the Women’s Big Bash, and, like many of her teammates, represents Manchester Originals in The Hundred.

Off the field, she co-hosts a cricket podcast – No Balls – with Thunder teammate Alex Hartley.