The allrounder, a keen golfer and Liverpool football fan, was named as one of Sunrisers’ professional contract-holders in December 2020 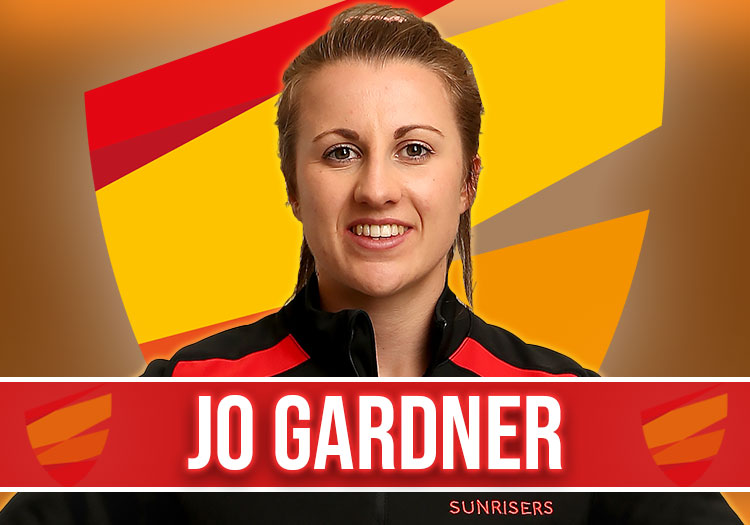 A Loughborough University graduate, Jo Gardner plays county cricket for Warwickshire, having previously represented Northamptonshire, where she began her career in 2011.

The allrounder, a keen golfer and Liverpool football fan, was named as one of Sunrisers' professional contract-holders in December 2020, having been her team's leading run-scorer and joint-top wicket-taker in the Rachael Heyhoe Flint Trophy in its inaugural year.

Her breakthrough year came two seasons after her debut, claiming a first County Championship five-wicket haul in 2013 against Oxfordshire.

In the following campaign, she was the leading wicket-taker nationwide in the competition.

She joined Warwickshire in 2017 and was part of their Twenty20 Cup-winning side in 2019, also turning out for Loughborough Lightning in the Kia Super League.

Despite a mediocre year in the regional competitions in 2021, she was part of the Oval Invincibles squad that won The Hundred.