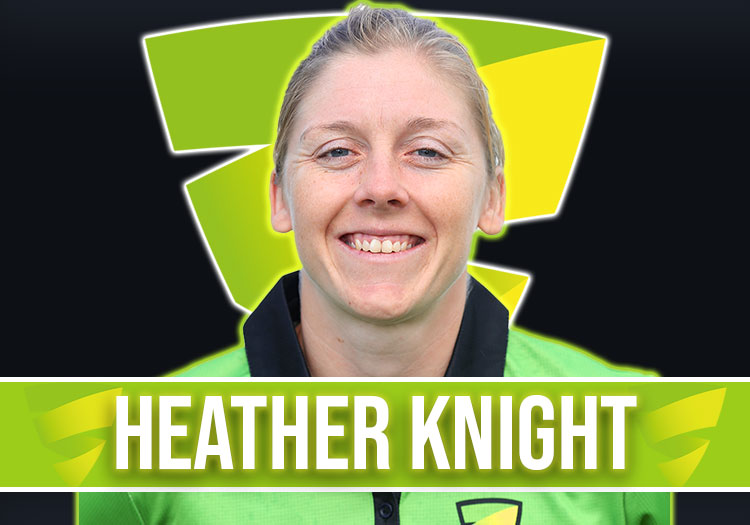 One of the world’s leading cricketers, Heather Knight has emerged from the shadow of Charlotte Edwards as a tremendous England captain, culminating in the glory of winning the World Cup at Lord’s in 2017.

She made her international debut against India in 2010 after being called up to the squad as an injury replacement for Sarah Taylor, kicking on thereafter.

She was handed her Ashes bow a year later in Sydney, before establishing herself to the point that she was among the 18 players included in the first tranche of women’s central contracts in 2014.

Two years later, she was appointed as successor to Edwards – big shoes to fill – as national team skipper.

Knight is the only England cricketer – female or male – to have recorded hundreds in all three international formats, while she won her 100th ODI cap in 2019 during her side’s tour of Malaysia, where they faced Pakistan.

Once upon a time, she was offered a place to study natural sciences at Cambridge but ultimately plumped for a biomedical sciences degree at Cardiff University, so as to help her chances of making it in cricket – a bold call that has turned out for the best.

She was the only player to break the 1,000-run barrier in the Kia Super League over its four years in existence, fittingly playing a match-winning hand in the 2019 final, the last game in the competition’s history.