Jones, who plays her club cricket for Didsbury CC in South Manchester, is one of the rising stars of Thunder's squad 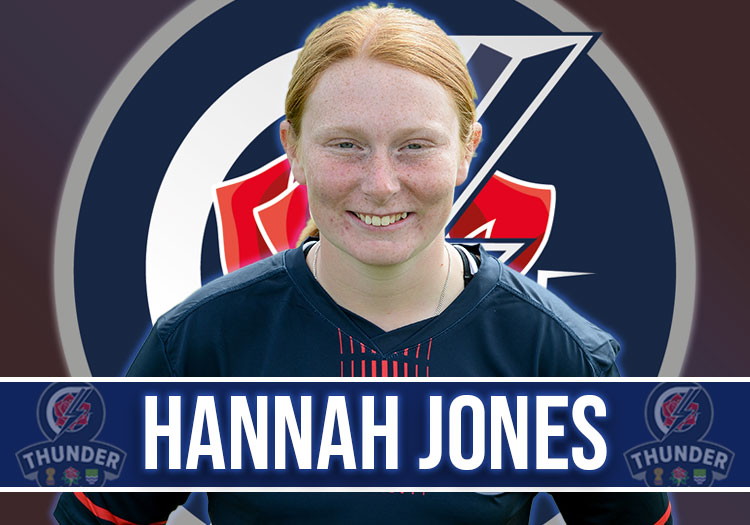 Spinner Hannah Jones made her Lancashire debut against Ireland 2014 and made an immediate impression by conceding just four runs from her five overs.

The Didsbury CC bowler took four wickets in the 2020 Rachael Heyhoe Flint Trophy and posted an economy of just 3.16 to earn herself both a professional contract and a gig with Manchester Originals in the inaugural edition of The Hundred.

In 2021, she established herself as Thunder's front-line spinner, picking up a team-leading 14 wickets in the Rachael Heyhoe Flint Trophy - including taking a five-for against South East Stars - and a further four wickets in the Charlotte Edwards Cup, conceding just 4.64 runs per over.

Former England international Kirstie Gordon was the only player to take more wickets than Jones in the 50-over competition.