One of England's fastest bowlers, Davies played two times for the Stars at the 2020 Rachael Heyhoe Flint Trophy 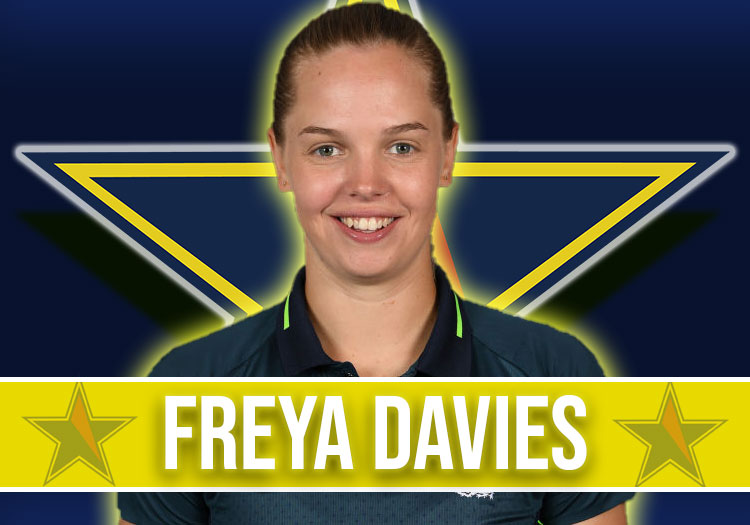 One of England's fastest bowlers, Freya Davies was one of 21 cricketers to be awarded an England central contract in 2019 and has retained her deal ever since.

Her international debut followed that year with the pacer making her debut in Colombo against Sri Lanka.

In 2021, she played all five matches on England's tour of New Zealand and was the side's leading wicket-taker in the T20Is.

She plays county cricket for Sussex and made a splash as a 14-year-old on debut by taking the wicket of then-England captain Charlotte Edwards in 2010. In 2016, the quick took a break from the game to focus on her studies at Exeter University.

She returned in 2017 and that summer appeared for a title-winning Western Storm side in the Kia Super League, taking five wickets in the competition.

Davies was a pupil at Brighton College, a school which counts England internationals Sarah Taylor, Holly Colvin and Laura Marsh as alumni.

She was contracted with London Spirit for The Hundred in 2021, for whom she took five wickets. Still to fully establish herself in England's first-choice side, she was part of the squad that reached the World Cup final in 2022.