Morris made her county debut in 2008 for Oxfordshire, leading the wicket-taking charts for her side the following year in the Twenty20 Cup 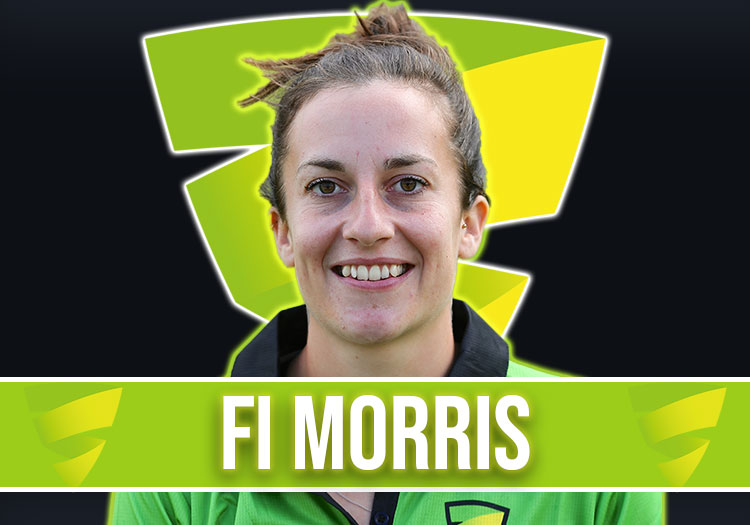 As an 18-year-old, off-spinner Fi Morris was picked in England’s provisional 30-strong squad for the 2012 World T20, only to miss the cut when the group was narrowed down.

Born in Berkshire, Morris made her county debut in 2008 for Oxfordshire, leading the wicket-taking charts for her side the following year in the Twenty20 Cup.

She joined Gloucestershire in 2010, before returning home to Berkshire in 2013, where she remained until moving on to Hampshire in 2018 – a decision that culminated in the success of the County Championship title at the end of her first campaign with the county.

She represented Southern Vipers in the Kia Super League and has signed for Southern Brave in The Hundred. However, she joined Western Storm for the inaugural Rachael Heyhoe Flint Trophy and was subsequently handed a full-time domestic contract in December 2020.

Beyond the game, Morris is a sports therapist and intriguingly has an advanced scuba diving qualification.